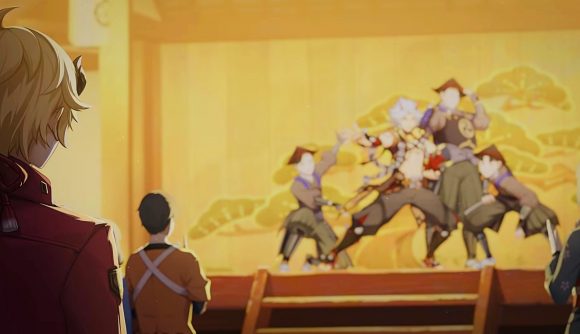 If there’s one thing Genshin Impact fans love, it’s a new character. Mihoyo teased Hu Tao on YouTube and the video swiftly racked up one million views in a few hours. Throw in a bit more mystery, though, and things really go up a level. Genshin Impact is no stranger to leaks, which means we often catch glimpses of upcoming characters before they’re completed – as you can likely guess, that leads to a lot of excitement and speculation in the fandom when Mihoyo actually teases something.

Genshin Impact fans are currently rather excited about a potential new pal called Kamisato Ayato. We don’t have too much to go on – nor do we know what he actually looks like – though it looks like we now know what he sounds like, and that’s enough for fans.

Mihoyo has released a character teaser (below) for an upcoming big Oni lad called Arataki Itto. He’s the head of the Araktaki gang that’s been causing some mischief for the Tenryou Commission. Once the video fades to black, though, we hear a short clip of a boy speaking to his lord who says that it’s “a pity the Tenryou Commission has arrived”.

While it’s just a tease, fans are convinced it’s Ayato, including one prominent dataminer. Needless to say, though, everyone has now forgotten about poor Itto.

It's an itto teaser yet people are freaking about ayato #aratakiitto #Ayato pic.twitter.com/bqNS567adg

CONGRATULATIONS TO KAMISATO AYATO FOR ONCE AGAIN TRENDING WITH 5 SECONDS OF A VOICE REVEAL, EVEN THOUGH HE IS STILL FACELESS!! pic.twitter.com/WS17v81M9Q

If you’d like to learn more about the potential addition to Genshin Impact’s cast, you can check out our Genshin Impact Ayato guide. He’s the brother of another character called Ayaka and is pals with Thoma, who we see in Itto’s teaser video. 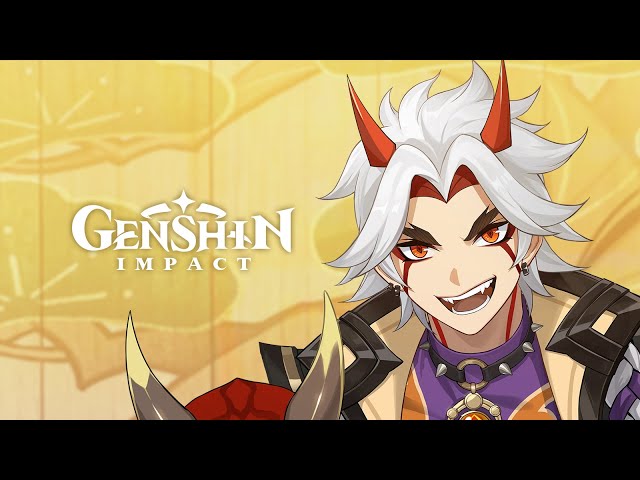 Through in-game voice lines from Ayaka, Thoma, and Sayu, we learn that Ayato is the head of the Kamisato Clan and is kept rather busy with governmental affairs.

For more anime games, you can follow that link.