With a new chance of pulling everyone’s favourite “tone-deaf bard”, we imagine you’ll be wanting to know about Venti’s ascension materials. While Venti’s rerun banner isn’t here yet, the materials you’ll need to ascend his talents and abilities are farmable right now, so we’ve put together this guide on how much of each material you’ll need, and where to find them.

These materials will take a while to collect, but you’ve got just over a week until the Genshin Impact 2.6 release date on March 30, so if you start now you’ll be able to get a head start on the daily grind. It will be worth checking out the latest theories on what the best Venti build is as well. Here’s everything you need to know about Venti ascension materials.

The following materials are required to ascend Venti, according to Honey Hunter World: 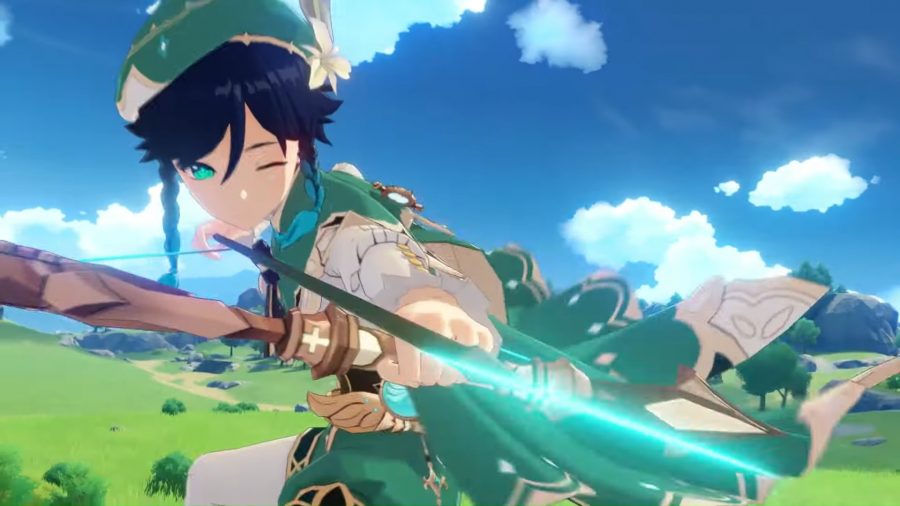 This flower is found in the wild, and is located in the highest density around the eastern edges of Starsnatch Cliff. This is the high area in the east, north of the Thousand Winds Temple, and above the beach where you first begin your journey in Genshin Impact.

This is an Anemo elemental drop that is only found on Anemo Hypostasis, a cube-like boss that can be found in your adventure diary. Only enemies above level 30 will drop this item.

Vayuda Turquoise in its various forms is also found from defeating Anemo Hypostasis, but also drops from the Maguu Kenki normal boss in Inazuma, as well as the Confront Stormterror trounce domain.

You can also purchase the lowest form – Slivers – from the Souvenir Shop. As with the Slime materials, you can convert lower tier into higher tiers.

You can acquire the Ballad books from the Forsake Rift domain on Wednesday, Saturday, and Sunday.

You need a total of six Tail of Boreas to fully ascend Venti. You can get these from the level 70+ boss Lupus Boreas, from the Wolf of the North challenge.

You will also require a Crown of Insight. You can get one from the Three Realms Gateway Offering – although this event will expire on March 30 when the 2.6 update drops. There are currently six permanently available: one via offerings to the Frostbearing Tree and five from the Sacred Sakura.

That’s everything you need to know about Venti’s ascension materials. Of course, you’ll need to pull Venti in the first place, which means you’ll need a lot of primogems to spend on those wishes. Get free primogems with our Genshin Impact codes guide.