Want to know about the Yelan banner release date in Genshin Impact? Yelan has been in the RPG game’s files since the 2.0 update, and we’re getting more details about this new Genshin Impact character as time goes on. Her original datamined profile had her listed under the ‘tall woman’ model, and other rumours pointed to her being a hydro bow user.

We got a character art poster and some minor details, including the fact that she’s a hydro disciple. Further information taken from a beta for the 2.7 build has seemingly confirmed that she is bow wielder, as well as what her abilities are likely to be. Here’s everything we know about Yelan in Genshin Impact so far, including her abilities and her banner release date.

Yelan’s banner release date is rumoured to be in the first half of update 2.7. This rumour comes from known Genshin Impact leaker Lumie.

The Genshin Impact 2.7 release date is due on May 31, however we are likely to get confirmation as to when Yelan is coming to the game during the 2.7 livestream on May 20. 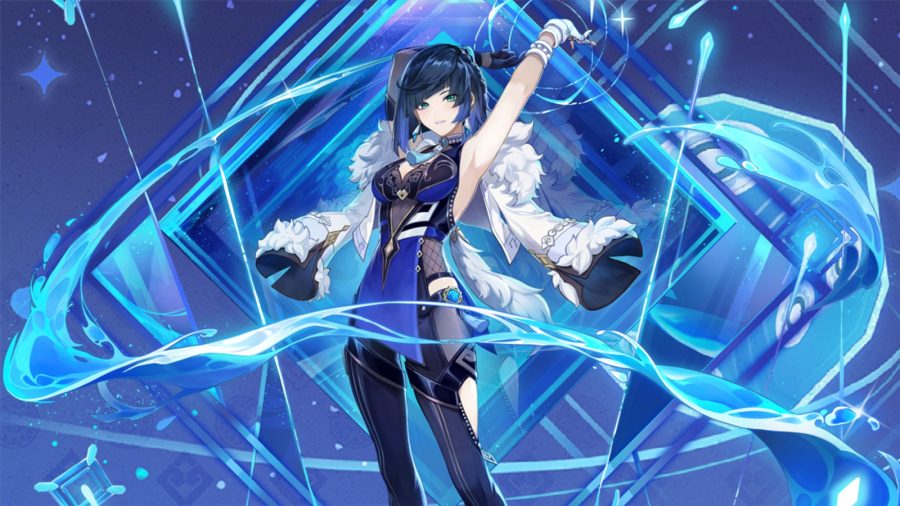 Thanks to a series of leaks from a recent 2.7 beta, we now have some additional information on Yelan’s abilities, sourced from Honey Hunter World. Please note that because this information is from a beta build of Genshin Impact, the information is subject to change.

Yelan’s elemental skill fires off a ‘lifeline’ that can tractor her in rapidly, while also entangling and marking opponents along its path. At the end of the movement, the lifeline will explode and deal hydro damage to all marked opponents based on Yelan’s maximum health.

The base cooldown on Yelan’s elemental skill is ten seconds.

Yelan’s elemental burst deals AoE hydro damage, and creates something called an ‘Exquisite Throw’, which – going by Yelan’s love of gambling – could be a floating spectral dice.

This companion will follow the active character around and trigger a coordinated attack which deals hydro damage based on Yelan’s maximum health. The attack triggers in one of two ways:

Yelan can get 25% more rewards when dispatched on a Liyue Expedition for 20 hours. In addition, she has the following passive talents:

That’s all the information available about Yelan in Genshin Impact so far. Keep up-to-date on the current and next Genshin Impact banner, and check out our Yelan materials guide if you want to start collecting her ascension materials right away.