In terms of economy, GTA Online is the polar opposite of the single-player component of GTA V. Not only is cash comparatively hard to come by, there are a huge number of ways you’ll want to invest it – or, depending on your point of view and proclivities, blow it. You’ve got to have some fun after all that hard work, right?

Need a new patch of turf to mess around in? Here are the best sandbox games on PC.

Once you do manage to earn some cash you’ll find that there’s so much you can fling those green bills at, if you so please. Properties, vehicles, delivery services, bounties on annoying players; yep, the world of GTA Online is rife with money sinks. Having so much freedom to spend your cash is surely what the American Dream is all about. But, for the uninitiated, going from street hood to criminal overlord is a daunting proposition.

But don’t worry as we’re here to help you out. Follow this rags-to-riches tutorial and you’ll go from street corner hustler to drinking champagne from a diamond-encrusted goblet onboard your flying, automated gunship in no time.

Phase one: the hustle 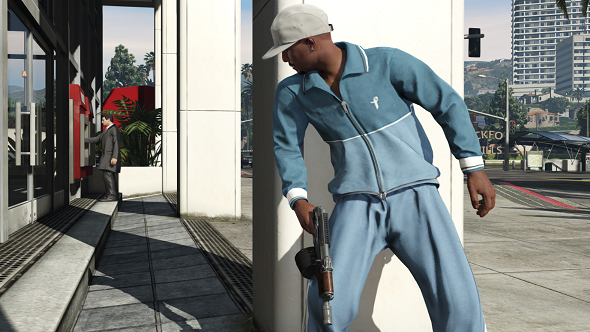 There’s a dazzling array of stuff to do in modern GTA Online so you’d be forgiven by having no idea where to start – and what to focus on to extract the most cash early on. One of the best tips for newbies is to stay in touch with what’s happening in-game through the Rockstar Social Club or the handy promotion splash screens that pop up while the games load. They’ll let you know what’s new to the game and, more importantly, what activities or events Rockstar is prioritising, including which of them will reward double Reputation and cash.

Grinding out some double cash missions and activities is a good way to get familiar with what’s available in GTA Online and start working towards your first million. And monitoring events will keep you abreast of special promotions, like when Rockstar award bundles of cash just for logging in during a particular window of time, or implement handy events like the treasure hunt activity currently available which, should you follow it to its conclusion, awards a very handy $250K.

Another critical tip for beginners is to knock out your daily objectives whenever possible. They’re fairly simple to accomplish and reward a decent chunk of change each day ($25K when you complete all three), but more importantly, there are cumulative awards for consistently knocking them out over longer periods of time. Finish every daily objective for a week and you’ll net a lovely $100K; polish off a month’s worth and a massive $500K will pad out your bank account. A lot of the dailies can be knocked out in the course of other activities, so they represent a convenient and lucrative way to score some quick cash while working towards your next big purchase. 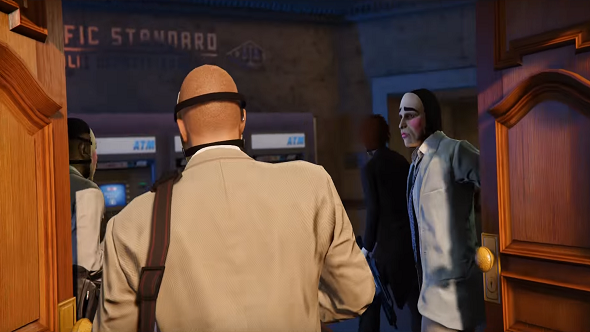 Once you’ve piled up your first $200k, which is easier to do now than ever before in GTA Online, another big income channel becomes available. Spend that $200k on a high-end apartment and, assuming you’re at least rank 12, you’ll be able to start hosting heists (even before rank 12 you’ll be able to join as a participant, you just won’t be able to host them yourself).

Heists are not only an easy way to start pulling down much larger infusions of cash, they’re some of the most fun to be had in GTA Online, especially if you’ve got a crew of friends to dive in with you. Not only do heists offer a significant amount of cash in the form of your cut, the first time you complete each one you’ll get a bonus $100k. There are five heists in the base heists package, and another three that were added in the Doomsday Heist update, though those require an expensive facility to host; complete all of them and you’ll be sitting on a mountain of cash, and be fully prepared to step into the next, and most insidious, role on your road to riches: the CEO. 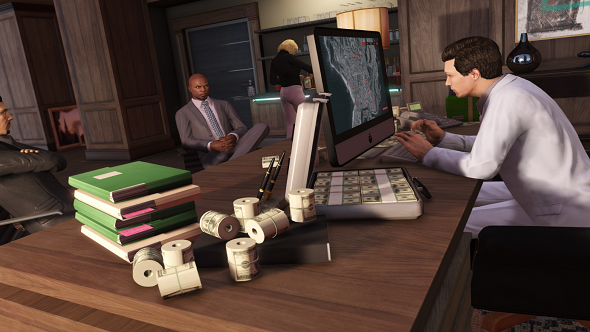 Once you’ve accumulated $1.25m you’ll be able to purchase your first corporate office as well as a special warehouse from which you’ll be able to conduct special cargo missions. These missions task you with retrieving valuable commodities like electronics or drugs in large shipments and returning them to your warehouse, from where you can resell them at a massive markup to wholesale buyers. While there’s some risk in transporting these goods as your location is broadcast to any other players in your session – who are rewarded for intercepting you – there are some nefarious tricks to ensure you end up in a lobby by yourself that significantly mitigate the danger.

Moving special cargo can get a bit tedious, though the requirements for picking up and shipping it can change in significant and interesting ways each time, but it does allow you to pile up over $200k an hour if done efficiently. Plus, the cooldowns between sourcing new cargo give you time to play around with the special VIP work now available on your interactions menu, which are a good way to not only supplement your income but also a fun way to see some interesting corners of the map you might never have stumbled into while playing the single-player (particularly via the headhunter and sightseer missions). 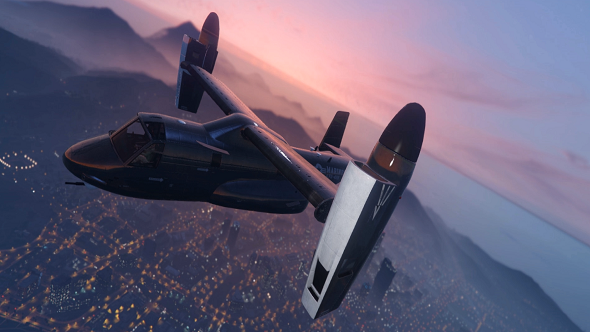 Grab another $1m+ and a number of other fascinating money-making options become available to the enterprising corporate criminal. Buy a hangar and you can begin shipping illicit cargo through the air, or pick up a vehicle warehouse and you can start stealing and reselling sexy high-end cars. Invest in an underground bunker and you can dip your fingers into the gun trade, or start mass producing and selling drugs through your own motorcycle club.

At this point you’re free to branch out, and also to start dropping some serious cash on luxury purchases like your own attack helicopter, or a flying version of the Back to the Future Delorean. Live out your personal Bruce Wayne fantasy by picking up an armoured, nitrous-fueled Batmobile and hunting criminal players with bounties on their heads, or spread your tendrils of influence even further into the world of GTA Online by founding a crew and recruiting other players to bolster your empire. The world is your playground and it’s time for recess.