The London Spitfire, currently Overwatch League’s only EU-based team, will debut in the first season of the league as part of the Atlantic Division. Here’s everything we know about them.

The Spitfire roster is made up of the players from two of the strongest teams from the Korean APEX League – GC Busan and Cloud9 KongDoo. On paper, it is the strongest roster to start the League, and they proved formidable opponents in the preseason and stage one.

Wondering what’s up with all the Korean players? So were we, and we spoke to Paul ‘Redeye’ Chaloner, who is consulting with his company Code Red on UK-based operations for London Spitfire. He likens it to a football team – both in a global recruitment pool and a focus on developing home talent.

“Hold the front page, we’ve got 12 Koreans in our team,” he jokes. “We’re not hiding from that, the fact is we want to win. I think I’ve said before, we’re a weird country when it comes to winning stuff. We love losers, we love people who are runners-up who fought hard and didn’t quite get there. Then we hate winners, what’s wrong with us? Why don’t we like winners in this country? 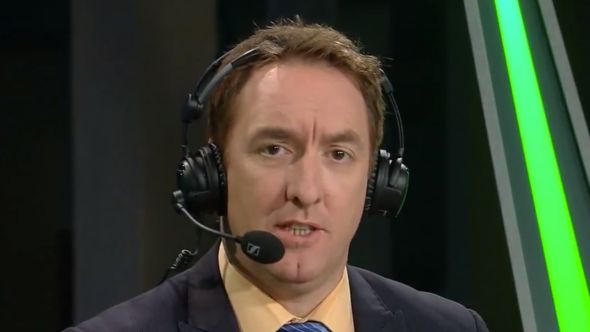 “There’s lots of exciting things happening for the UK and to grow UK esports and Overwatch in the UK, and to have a physical place for people to come and enjoy watching it, playing it, interacting with other fans. But at the end of the day, if Chelsea when the Champion’s League without a single UK player, no-one from Chelsea’s fans are going to be like ‘well I don’t really celebrate winning the Champion’s League because we didn’t have an English player in it.’ They’re gonna love winning the Champion’s League! And the same for Manchester United, the same for Manchester City, whoever it might be – and we’re no different.”

What that doesn’t mean is that Cloud9 and Spitfire are abandoning the Overwatch players of this country. In comes the Contenders team. 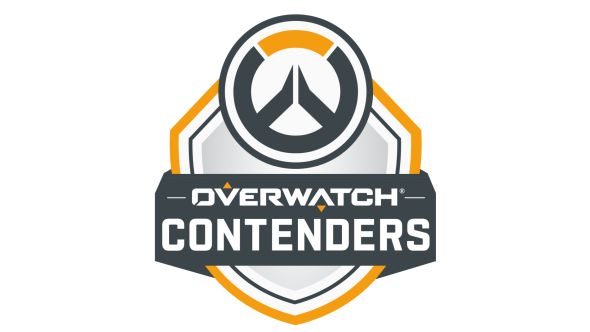 Contenders is essentially the Overwatch d-league – for development of new talent, and for organisations that aren’t a part of the Overwatch League to still be involved with Overwatch esports. A number of League teams also have an Academy team, which will be invited to Contenders automatically. Redeye wants to fill Spitfire’s with British talent.

“I am a very passionate British person, I want us to do well as a British team. I also, therefore, want to have British players in the team eventually. I want to see how we can get them in there but the fact remains we’ve got two British players in the entire League right now. That means only two were good enough to make it into the Overwatch League in any capacity whatsoever.

“Because I’m directly involved in it obviously I’m going to be super passionate about that side of things but, y’know, besides that I think Jack shares that vision as well. It’s not something that we’re fighting about internally, far from it, we’re actually on the same team. But I think first and foremost the team needs to be successful, I share Jack’s craving for success in the sense that we’ll go and get the best players we can possibly get, and if they happen to be British – even better. If they aren’t British then tough, but we wanna win. Which then gives Code Red a different set of challenges. 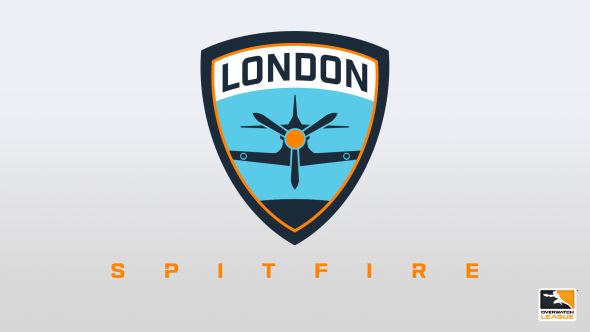 “We need to find these players. I’m sure that there are some amazing D.Va players sitting at home right now, in the UK, thinking ‘I don’t even know what that Overwatch League is. I don’t even know if I can be a professional player.’ I wanna go and find those people, I want to bring them an opportunity that they can come and compete and show us what they’ve got. Whether that’s through some kind of thing that Code Red designs, like, I don’t know, an X-Factor style competition or whether it’s a league or whether it’s grassroots stuff – it doesn’t matter what it is right now, those things will come, and it’s things that we’ll work on in 2018. But I’m super excited about finding that talent and giving them an opportunity, whether that be through local leagues, local competitions, arena competitions, whether it’s them progressing into our contenders team and from there into the main London Spitfire team – those are the things that really excite me about this project.”

This isn’t happening overnight, but Redeye, his team, and Cloud9 seem comitted to getting the wheels moving in 2018.

“So we need to work harder in providing the right infrastructure and the right ability for these players, the right venues, the right training, the right assistance, the right funding – and we can do that via London Spitfire. I’m excited by that side of things and, as I said, if we end up some sort of X-Factor, tournament, competition, whatever it might be in 2018 and we unearth a couple of players from the UK who just happen to be absolutely understanding, and can play not only in Contenders but could also one day make their way into the London Spitfire team… I would be thrilled by that. 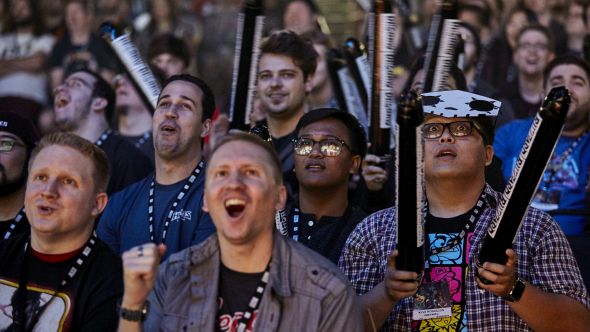 The challenge for Spitfire is that other countries – particularly Germany, Sweden, the USA, and obviously places like China and Korea – have long histories of successful esports teams and players. Even when the industry was much smaller there were large competitions and talented players coming out of those countries. The UK is notably behind, even as they find success across a few games in recent years, and there’s just no ecosystem there.

“It does make it harder for us. But in some ways it makes it more interesting, makes it more fun in that we can do something that’s not been done before,” says Redeye of building that ecosystem and infrastructure from scratch. “That’s a nice point of view, but yes, we aren’t naturally gifted it seems, at least in the last five years, in terms of esports. That’s a shame.

“We’ve seen some success in Heroes of the Storm, our FIFA players are certainly very good, and we’ve got a world champion now at Formula 1 esports as well. So we can do it, it is there, it’s just I’m not sure that we’ve had the right ecosystem or the right support systems in place. That’s one of the things that London Spitfire can do.

“We want to be able to provide a venue, we want to allow players to come and play at that venue, not just come and watch, but actually interact with us and have training sessions, and have business meetings, have people come in and teach them what it’s like to play on an esports team. Go beyond what we’ve had before, try and put some of that infrastructure in place. We’ll look for partners who are able to do that, I think Multiplay for instance have done a fantastic job with their Belong shops in the last 12 months.

“We want to create something like that in London as well, we want players to be able to come along and enjoy playing for the sake of playing. Whether it be a young child who wants to come into esports and has trouble explaining to his parents but can bring [them] to somewhere that’s fun and safe and friendly and allow them to learn from it as well. That’s the ultimate goal, I guess.”

All of that? A longer-term project than the next 12 months. “Is that gonna be done in 2018? No, obviously not,” explains Redeye. “It’s something that we’re building to. I think that’s the end goal, that’s where we want to get to. It might be 2019, it might be 2020, we just don’t know how long that’s going to take just yet. We’re in our first year. We haven’t even kicked off the League yet [laughs]. All I’d ask is give us a little bit of time to get this up and running and I think the British public and the UK fanbase will be thrilled at what we’ve got planned to put in place over the next few years.” 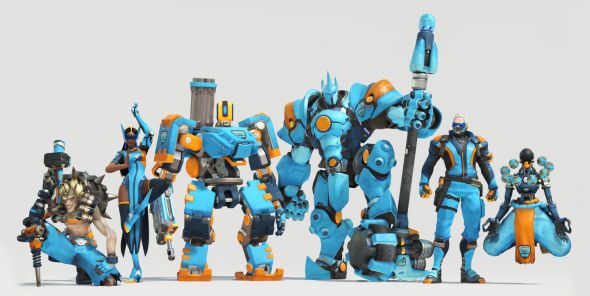 The Spitfire team skins and jersey use a light blue, orange and black pallette. Here’s their jersey and t-shirt: 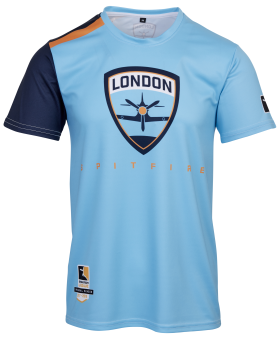 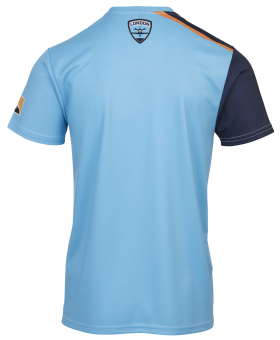 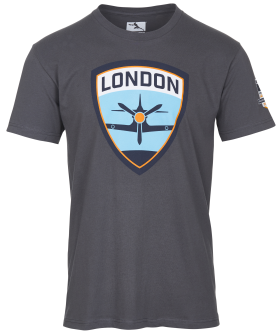 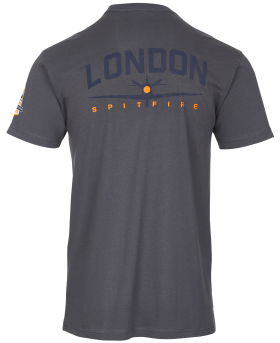 Spitfire got a bit of a shocker on day one of preseason when they lost to the LA Gladiators, a team on paper they should have beaten extremely easily with their experienced squad of Korean all-stars. They brought it back against the Shock with a 4-0 victory, using their second group of eight players, and normality was restored. Spitfire will be expecting much more of the latter and almost none of the former through the main event, especially in their opening couple of matches. If they do end up as a mid-table team, that will be a great shock to everyone – not least the owners.

We asked Redeye about this preseason performance and he pointed out that while Spitfire are one of the stronger teams in the League, people will be surprised by just how high the level of competition in general is.

“I think people will be surprised by how strong the entire league is, bar maybe one or two teams that might struggle to start with just because they’ve had less preparation time and they’re a bit more eclectic in terms of nationalities and what-have-you. I think the majority of them are very well prepared, well drilled, these are the best players in the world and there’s no doubt that they want to win at every opportunity.”

Redeye also denies any claims that Spitfire weren’t giving it their all, even in the games they lost. “We saw some of that in preseason. A few people said to me ‘you guys are sandbagging, you’re not putting everything into it’ – I don’t know about that. There are some elements of play that we probably didn’t show yet and that’s to be expected, I think some teams held some stuff back, but ‘we didn’t try’? No, come on, every team is trying, they want to win every game, they want to win every round. They want to win every single point that’s available to them on the map and to suggest that anyone’s not trying I think is wrong.

“But we do have to put it into perspective – it is preseason. There is an element of feeling others out and sensing what they can do. There will always be that ‘let’s run this strat then, we’re not really sure about it but lets give it a go because this is the perfect opportunity to try that.’ And some of those didn’t work, that’s good info, we’ll learn more from losing than we will from winning.”

The upshot? Spitfire – and the other teams – won’t be winning every match, nevermind all their maps and games. “I don’t think there’s any issues with losing a few games, certainly not in preseason. I don’t think it upsets where we are or who we are right now. We remain the favourites to win the league and that’s a title we’ll wear regardless. It comes with its own set of pressures, the players will be aware of that and we’ll take that on board.

“It’s not going to be a gung-ho season where we win every game and every point on every map. We have to be realistic about what we can achieve during the regular season and we’ll have some ups and downs as we try new things, just as other teams will. I think it will be a very competitive season though.”