As long as the U.S. and North Korea don't actually start launching missiles at each other you should be able to relax this weekend with a healthy dose of good ole PC gaming. We're here to tell you what you should be playing in order to get the most out of your spare time.

This week we have Paladins skins up for grabs so don't miss out on that opportunity. There's a new online shooter to try out, a harrowing demonic adventure about mental health to give a shot, and a big Ubisoft game that you can play for free over the next few days. There's plenty more, too, so check out our full list of PC gaming recommendations below.

Guild Wars 2: Path of Fire, the second expansion to the popular MMO, is having a preview weekend running from August 11th to 13th. That’s this weekend. You’ll be able to check out a slice of the expansion,including part of Path of Fire’s opening story and the possibility to explore the Crystal Oasis on one of the game’s new mounts. That includes the mutant bunny.

New champion Jenos was added to Paladins recently. Have you checked him out yet? Here’s a better question: how do you fancy getting a new skin for him? You can win one by entering our giveaway. We have 100 Jenos skins up for grabs and 100 Willo skins to go, too.

If you’ve been enjoying the new Gunrunner mode in GTA Online then this should be right up your street. Added to the game recently was the HVY Nightshark, which is an armoured vehicle with goddamn cannons attached to the front. Time to get that unlock.

It’s summer time and the weather is(n’t) fine. Oh, and the Overwatch Summer Games for this year have kicked off. Not only has Lucioball returned but the Summer Games skins you might have missed last year have too, along with some new ones. Check ’em out in the video below.

You no longer have to wait for the open beta weekends to play LawBreakers. It’s now out fully, ready and waiting for you to hurl your butt around its zero-g arenas and waste some fools. Or, if you’re as good as us, mostly fall out of the sky as a charred corpse. We try.

After years of development, Hellblade: Senua’s Sacrifice has been released, and wow it’s caused quite a discussion. That’s mostly due to its use of permadeath, which is used to incite within you the same fear that its protagonist does as her mental health diminishes.

Play For Honor for free this weekend only, and buy it at a discount

For Honor is Ubisoft’s big medieval fighting game. You have to take into account the weight of your armous and weapons, positioning, and how long it takes to swing your weapon. Intense stuff, then. If you haven’t yet you can check it out for free.

PlayerUnknown’s Battlegrounds is the huge game of the moment. People are absolutely fanatic about it. That’s probably why they’re paying hundreds of dollars for in-game mini-skirts. Right? To be fair, that is a nice skirt… it could be yours right now if you’ve the bucks handy. 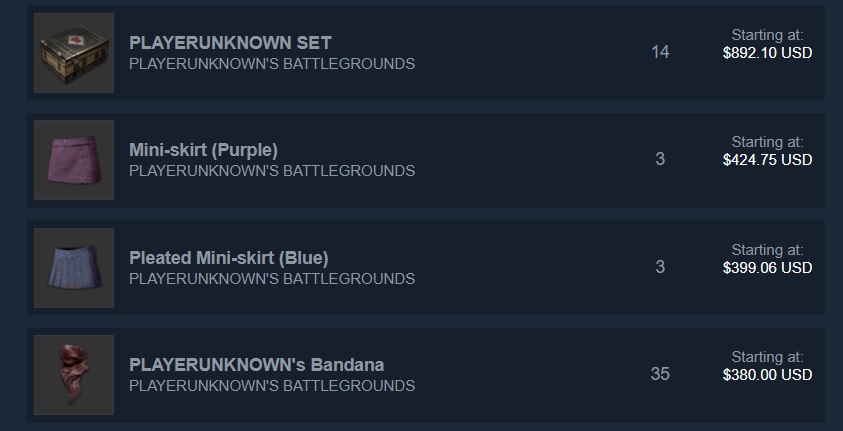 Hollow Knight is certainly one of the best indie games of this year. If you’ve played it and agree with that sentiment then you’ll want to know that its developers have released the next bit of DLC for free. It adds a bunch of new features including a couple of bosses. Good luck.

Whether you found No Man’s Sky to be a disappointment when it came out last year or not, it has to be said, developers Hello Games have done a good job of updating it with new features. The latest of which was added this week with the Atlas Rises update – portalsl that let you travel back to planets you enjoyed easier.