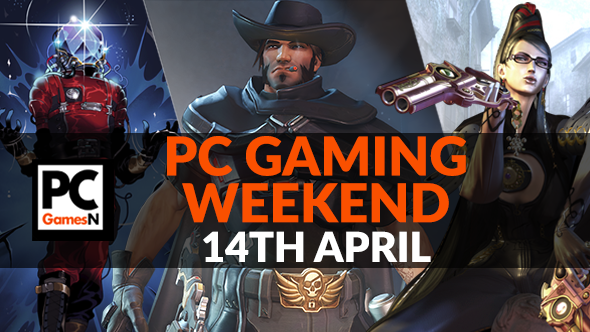 Hello! Sorry to interrupt, I know you may possibly have a lot of chocolate to get on with eating, but could we have a moment? See, it’s the weekend, and that means there’s plenty of time to do stuff. And by ‘stuff’ we mean PC gaming. We’re good at suggesting things to do in that area, so we’d like to offer up some tips.

Regardless of if you celebrate Easter or not, we’ve got ideas on how to make this weekend the greatest ever. Yes, even greater than that time when you thought it’d be fun for all the family if you extracted ancient DNA from a mosquito, blended it with frog genetic code, and created an theme park where minors could get up-close with a variety of cloned jurassic terrors…

Win a copy of FlatOut 4 – we’ve got 100 keys to give away
Why just drive when you could drive and destroy? That’s the philosophy behind the FlatOut series, and the fourth game is taking that to new heights. Want to embrace the chaos? All you need to do is enter our giveaway.

Brush up on your Dawn of War III unit knowledge
After playing the multiplayer beta for Relic’s next Warhammer 40k game, we’ve come to an easy conclusion: Dawn of War III is all about keeping the coolest elite units in the spotlight. Don’t know what an elite unit is? Then it’s time to read up on every one of DoW3’s soldiers, tanks, mechs, and monsters.

Play Bayonetta on PC at 60 fps
It’s seven years late, but that’s better than never. Bayonetta is finally out on PC, and you can grab it from Steam straight away. If you’ve never played Platinum’s most beloved title before, the PC is absolutely the place to do it: a smooth 60 fps and resolutions of up to 4K make it the definitive version.

Buckle up for Project CARS 2’s new rallycross events
The second Project CARS is taking the action off-road and introducing rallycross events. But is the transition from asphalt to loose surface a successful one? Resident racing expert Phil has test driven the mode, and has a few thoughts on how it stacks up against the more classic road races.

Play Overwatch Uprising, the brand new PvE mode
Blizzard have commenced Overwatch’s Uprising event, and boy is it a good one. A new PvE mode is set during the Omnic crisis and depicts Tracer’s first mission as part of Overwatch. That means everyone’s decked out in blue and white uniforms and shooting the bolts out of enemy robots. If that’s not your jam, there is (of course) a whole bunch of new skins to unlock.

Lament that there aren’t enough PC games with a photo mode
Photo modes are all the rage over in console land, resulting in great floods of beautiful images invading Twitter. But where is the photo love on PC? Just a handful of games are offering it, meaning we have to make do with a simple screenshot rather than artistically angled landscape. Jordan makes the case for why we need more dedicated camera modes in this age of shareable media.

Get ready for The Surge with our combat guide
It’s been a while since we had a Dark Souls game to challenge us, but thankfully sci-fi Souls-a-like The Surge will soon be here to keep us on our toes. To make sure you’re well prepared to take on its bosses, we’ve got a combat tactics guide ready and waiting. 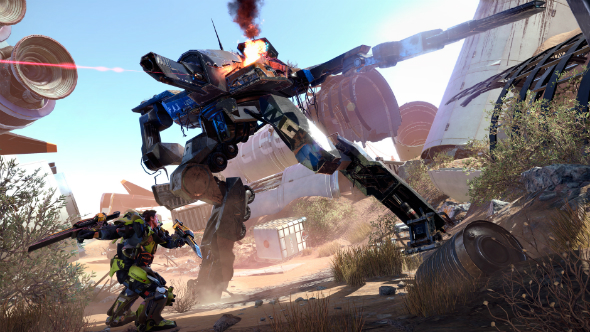 Rejoice in the power of AMD’s Ryzen 5 1600X
The Ryzen saga has been a bit up and down, with initial reports suggesting the much-hyped CPU range wasn’t actually all that. While we’ve been a little disappointed with some of the chips, we’ve finally found one worth keeping. The Ryzen 5 1600X is so good, in fact, we think you should get one instead of Intel’s i5. Shocking, we know.

Find out how going free-to-play changed Eve Online
As one of the longest-running subscription MMOs, it was a huge change last year when EveOnline offered a free-to-play model. What kind of implications did that have for the community, the game, and the digital universe itself? Jeremy went to Iceland to investigate.

Discover how Prey defies your expectations
Prey is just around the corner, and our recent hands-on with the game revealed exactly why it’s worth caring about. During our playtime we experimented with five different systems which proved that the game isn’t necessarily what it appears to be on the surface.

That’s all for this weekend. If you’ve got a extra time off don’t forget to play more PC games, and keep checking back with PCGamesN for news, features, and videos.