Do you have that Friday feeling yet? If not, allow us to give you a nudge by telling you what PC gaming you should be getting up to this weekend. This week we have free Steam codes up for grabs, new games to try out, videos of Nazis being squished, and prizes to be won for making a trailer. Intrigued? So you should be. Let’s get going with our recommendations for PC gaming this weekend!

Gigantic released on Steam this past week. It’s a combination of MOBA and third-person shooter that differentiates itself through the large guardians your team of five must protect, while taking out your opponent’s guardian. We have 1,000 codes up for grabs that get you Airship Supplies. Click above for details and to grab a code yourself.

After many years of development, Fortnite is now available to buy in its early access phase, so you can team up with friends to build forts and push back zombie hordes. We’ve been playing it and are slowly falling in love with it here in the office. You can find out why by checking it out yourself – the guide linked above should help you out.

Watch usblow up Nazis in Wolfenstein II: The New Colossus

Evil cackling at the ready! We’ve been playing Wolfenstein II and, not to brag, but it’s bloody brilliant. You can see us having a lot of fun blowing up Nazi officers and talking about the game’s power suit and awesome weapons in the video below and the article above. It’s all killer.

Check out the new Reinforcements DLC for Dying Light

The first of Dying Light’s free DLC has dropped. You can hop in now to find new enemies to take on, new advanced weaponry, and also cobble together a new outfit. Developers Techland will have plenty more DLC for Dying Light in the future as a way to say thanks to everyone who is still playing it.

Pre-order Destiny 2 to get the new Exotic weapon Coldheart

Destiny 2 is coming to PC but it can’t come fast enough. If you’re finding that’s the case for you then perhaps you want to grab a piece of the game right now. Screw it, you’ve got the cash, pre-order the game now and you’ll get an Exotic weapon that those who don’t pre-order won’t have. Not bad.

Have another go at LawBreakers in its second open beta weekend

Did you play the first LawBreakers weekend and wish you could play some more? Or did you not get around to playing it but wish you had? This weekend is for you. There’s another LawBreakers open beta weekend happening so make sure you get involved.

If you’re looking for something a little more creative to do this weekend then try creating a trailer for Staropint Gemini Warlords. You needn’t do it purely for leisure – you see, the developers are giving out prizes for the best ones. And the first-place winner will see their trailer used as the official piece of media to show off the game at Gamescom next month. 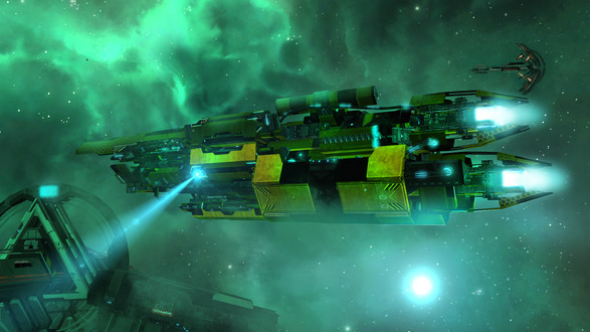 Now we know the date and the hardware requirements for Destiny 2 beta on PC, a question lingers: is your PC ready? If it’s not, don’t worry, we’ve put together a guide to creating a bargain PC that will play Destiny 2. You won’t regret it.

Civilization VI just had a big Summer Update that adds the completely new Nubia civilisation and, among other things, an even more nuke-loving Gandhi. Yes, it’s probably a bug, given that he’s recommends you to build nukes even if it’s the Stone Age, but heck, it ain’t half funny.

Download the new AMD driver update to get Enhanced Sync

If you’re running on AMD hardware then you’ll want to make sure you grab the latest driver update. Aside from the obvious reasons for doing so, one of the new features in this update is Enhanced Sync, which will make your time playing PC games a lot smoother.