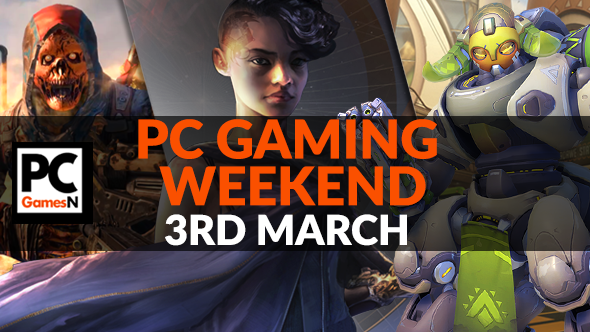 The weekend has arrived! Which means you probably now have two whole days to do things that aren’t work or education. Since you’re here, we very much assume you’ll want to fill that 48-hour period with PC games.

If you need a few suggestions on how to theme the next two days around the blessed hobby that is gaming, we’ve got a few pointers below. They’ll guarantee an absolute stunner of a weekend. Yes, even more stunning than the time you went on the run with a mysterious man in order to escape death at the hands of a robot, fell in love with said mysterious man, and together made a baby who would become the future saviour of the entire human race…

Win a game starter pack in our Robocraft giveaway – we’ve got 10,000 up for grabs!
Part infinite Lego kit, part Robot Wars, Robocraft is your 11-year-old self’s dream game. But just because many years might have passed since you were a child, that doesn’t mean you can’t still experience the joy. 10,000 of you can win a starter pack with our massive giveaway.

Get acquainted with Overwatch’s new hero in patch 1.9
A new PTR has been released, which means patch 1.9 has started in Overwatch land. The biggest addition is brand new hero Orisa, but there’s also some controversial nerfs to contend with.

Be spooked by some stranger things in Stories Untold
Love the synthetic sounds and analogue machines of the 1980s? Then Stories Untold is the game for you. A series of four short experimental horror games, expect spooks and paranormal oddities in the tradition of a Stephen King classic. We adored it, and we’re sure you will too.

Watch AMD’s new Ryzen get the unboxing treatment
AMD’s new Ryzen CPU is here, and it aims to re-define the manufacturer’s position in the processor wars against rival Intel. Is it any good? That’s still yet to judge, but we can tell (and show!) you that the box is exceptionally robust.

Consider the madness of hardware tribalism
While we’re really interested to see how Ryzen stacks up against Intel’s CPUs, we’d never encourage hardware tribalism. Yet AMD’s new technology has ushered in a new era of ferocious internet fan battles. We take a look at the strange landscape of defensive hardware lovers. 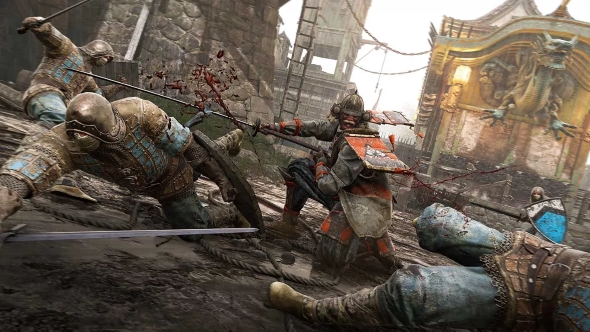 Dominate on the battlefield with our For Honor class guide
Picked up For Honor but not sure which character to play as? Our class guide will teach you exactly what each warrior is great at, and help start you on your journey to being a true blademaster.

Revisit 1996 with retro shooter Strafe
Can anything really match up to your nostalgic memories of shooting monsters in the 1990s? Classically-styled low-fi shooter Strafe thinks it can, so we took it for a gore-drenched spin to find out.

Work up some hype for Middle-earth: Shadow of War
Monolith are finally reuniting us with the Nemesis system from Shadow of Mordor in the bigger, more expansive sequel: Shadow of War. Coming to your PC this August, you can already prepare by making sure your rig meets the system requirements.

That’s your PC weekend sorted, then. We never said it would be difficult, did we? Have fun, and we’ll be here every day of the week should you need us.