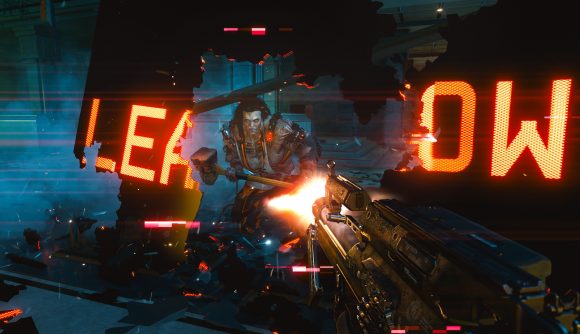 Cyberpunk 2077 has been a sales hit around the world, even in places it technically isn't available yet. The RPG game is shifting a lot of copies in China, and proving very popular in the country's main streaming platforms.

In a report from Niko Partners, as broken down by senior analyst Daniel Ahmad, Cyberpunk 2077 is doing very well among Chinese players. Streamers drew some 19 million viewers across sites Douyu, Huya, and Bilibili for the cyberpunk game, and day one sales have been described as “strong”. It was previously reported that China held the top spot for pre-orders of the open-world game at one point, so these numbers weren't wholly unanticipated.

What makes all of this intriguing, though, is that Cyberpunk 2077 hasn't been approved for sale in the country. Instead, players have been using Steam, GOG, and the Epic Store to buy it, or ordering in the console version from US and other parts of Asia to visit Night City. The government can shut digital stores down at any time, so VPN use is heavy as a precaution.

Given all of this, it’s surprise that Cyberpunk 2077 was profitable for developer CD Projekt RED from day one. The launch has been far from smooth, however, suffering from glitches, bugs, and a myriad of other player complaints. A quick patch has fixed some crashes, and helped with epilepsy triggers.

Cyberpunk 2077 is off to a great start in China

On its first day, more than 19m cumulative viewers tuned in to Chinese game streaming sites to watch more than 7,500 streamers play the game

China was also the #1 market for PC pre-orders at one point and day 1 sales are strong https://t.co/Gg5gn9Lyeo

Our Richard Scott-Jones enjoyed it in his review, writing that it’s “Groundbreaking, but not quite as much as you’re hoping it is”. You can pick up Cyberpunk 2077 from the Humble Store here. We have guides on Cyberpunk 2077 character customisation, and Cyberpunk 2077 cyberware, so you can be your best dystopian self if you decide to give it a go.