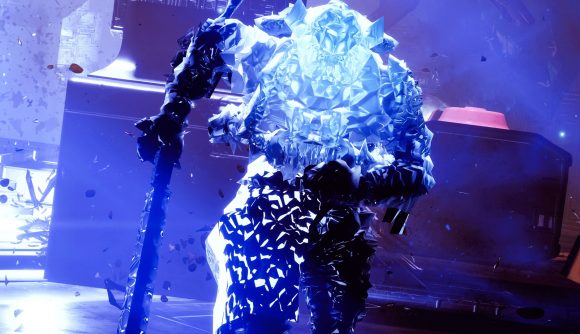 Destiny 2 received a customary PvP patch this week, hot on the heels of the release of the Beyond Light expansion. What’s different this time, however, was the speed relative to the size of the update for the FPS game, something made possible by the Destiny Content Vault.

Discussing the patch on Twitter, Destiny VP Mark Noseworthy says having the vault means the team at Bungie can respond to necessary changes quicker than before. “Faster response times brought to you in part by the Destiny Content Vault,” he tweeted, adding in brackets: “And a passionate team of people working really hard from home during a pandemic.”

The Destiny Content Vault is a method of storing away old, lesser-used planets and pieces of gameplay, to make room for new locations. This is to keep the space game’s rollouts more manageable, and keep the filesize down so players don’t find themselves in a Call of Duty: Modern Warfare situation. Noseworthy’s tweet confirms that players and devs alike are already reaping the benefits of the overall game being streamlined in the wake of Beyond Light.

The PvP update in question mostly dealt with nerfing Stasis, the new dark elemental subclasses. Exploits were fixed, damage has been reduced, and speed, range, duration, and cost of various uses have been cut down. You can read more about the patch here.

Faster response times brought to you in part by the Destiny Content Vault (and a passionate team of people working really hard from home during a pandemic). https://t.co/HgqWva6wLF

Our Richard Scott-Jones is enjoying his time in Destiny 2: Beyond Light so far, writing that “Beyond Light is a big step forward for Destiny” in his review-in-progress. It certainly proved a hit sales wise, taking up no less than three spots on the Steam top-sellers list last week. We’ve guides on all Destiny 2 exotics, and all Destiny 2 weapons, if you’re considering a trip to Europa.