Looking for a list of Diablo 4 Barbarian skills and talents so you can theorycraft ahead of launch. The Diablo 4 release date might be far, far away in the distance, but that won’t stop us getting all excited about the upcoming ARPG.

Of course, we’re getting that new Diablo 4 Druid class, but that’s not what you’re here for. The Barbarian is a fan favourite class, and Diablo 4’s take on it promises plenty of brutal executions and bulging biceps, judging from the gameplay we’ve seen so far. The Barbarian is no stranger to the Diablo series – so there are some expectations in play already, which means any tweaks, changes, or new skills and talents are that little bit more exciting.

When reading this guide note that for the skills, the numbers are in place for comparison’s sake, depending on other factors, many of those numbers will change. It’s so that we all have a little context as to how powerful the skill may be. Without further ado, here is everything we know about the Barbarian class so far.

Basic skills are going to be your left click attack. They’ll generate fury for you to use on your Fury abilities (which we explore further down). It’s going to be the thing you use most in combat so arguably the most important slot to think about. The numbers in these examples aren’t static, they’re just the ones seen in the demo from BlizzCon 2019 and are good for comparison’s sake.

“Generate Fury: 9. Bash the enemy with your weapon, dealing 42-52. Has a 20% chance to stun for 0.5 seconds. Requires a bludgeoning weapon. Deals physical damage.”

“Generate Fury: 5. Unleash a rapid flurry of blows, dealing 133-163 damage with each pair of hits. Your attack speed is increased by 20% for three seconds up to 60%. Requires dual-wielded weapons. Deals physical damage.”

A familiar face to previous Diablo players. This is the push and pull aspect of being a Barbarian. Surprisingly, it requires a lot of management of resources and thinking ahead to what ability is most useful in that situation. Fury is a resource you generate through your basic skills. Fury skills will spend the fury you generate so it’ll be good to pay attention to not only your needs but your party’s needs as well.

Hammer of the Ancients

“Fury cost: 20. Slam your hammer down with the fury of the Ancients, dealing 76-94 to a concentrated area. Requires a two-handed bludgeoning weapon. Deals physical damage.”

“Fury cost: 25. Sweep your weapons from opposite directions, dealing 47-57 with each weapon. Enemies caught in the center are hit by both. Requires dual-wielded weapons. Deals physical damage.”

Defensive skills can also generate Fury, although the cooldown on these skills makes it more of a secondary source. These skills are good for buffing yourself and your team, if you so choose to have one, and are generally pretty versatile.

The demo of Diablo 4 shows us ‘Rallying Cry’ as the first Barbarian ability.

The keyword ‘Unstoppable’ means that all control impairing effects are removed or prevented.

“Passive: When you take fatal damage, you have 5 seconds to fight for your life. Killing an enemy in time will revive and heal you for 39. This effect can only occur once every 2.9 minutes.”

This passive is really very interesting, as it sacrifices a slot for the /chance/ to survive whatever is killing you. We’ll have to see if the sacrifice is ever worth it.

“Cooldown: 25 seconds. Fortify yourself for 38 seconds and taunt nearby enemies for 8 seconds. During this time, you generate 5 additional Fury when hit.”

The ‘fortify’ keyword means that characters will take 30% decreased damage until all of their fortified health is removed. 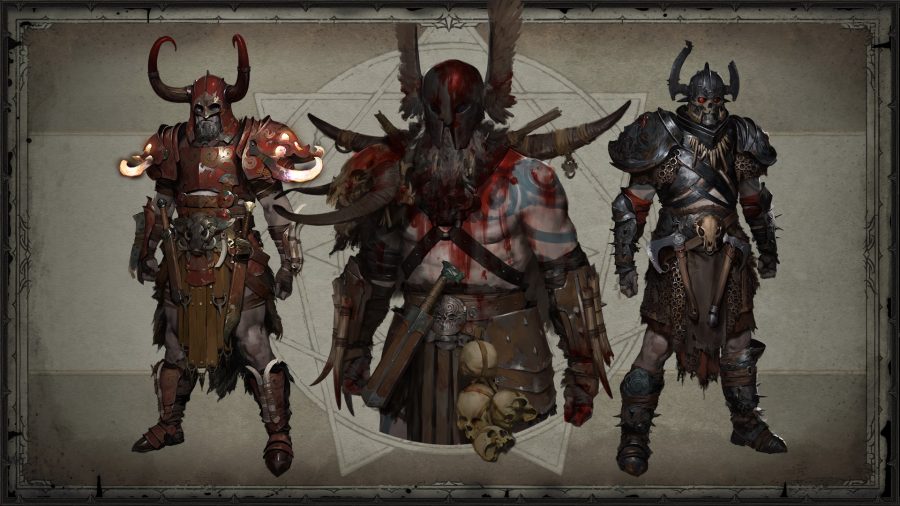 Barbarians love to get up close and personal with their enemies, and the Brawling skill is excellent at showing that off. All these skills are close combat specialties.

“Recharge: 20 seconds. Kick an enemy for 38-47 and knock them backwards. On collision, enemies in the area take an additional 57-50. Deals physical damage.”

In the demo, the second slot is taken up by ‘Leap’.

A standard melee attack. Nothing especially exciting about the ability, but likely to be useful getting rid of some bigger enemies you may encounter. Good for both engaging in combat, and disengaging if you need to.

“Rush forward and push enemies, then swing through them for 26-32. Deals physical damage.”

Considering that this is Weapon Mastery, and we don’t know a whole lot about the weapons in Diablo 4 as of yet, these skills are more of a mystery – we’re even missing one. Two-handed slashing weapons seem to be the Barbarian focus so we’ll be watching out for any of those on the horizon.

Slot three has ‘Rupture’. “Cooldown: 10 seconds. Skewer enemies in a line, inflicting 1053 bleeding over 3 seconds. If an enemy dies while bleeding, the cooldown is reset. Requires a two-handed slashing weapon. Deals physical damage.”

“Cooldown: 15 seconds. Attempt a killing strike, dealing 85-104 to enemies in front of you. If this kills an enemy, the cooldown is reset. Requires a two-handed slashing weapon. Deals physical damage.”

This slot wasn’t filled in the demo, and therefore we don’t know what is going to be here when the game eventually comes out. Perhaps it’s unlockable later on, but for now, it’s just a mystery.

Ah, the ultimate. Frightening up close, but always with a hefty cooldown compared to the rest of your skills. Again, we’re missing one of the slots in the demo, so we’re curious as to what’s being hidden from us.

Wrath of the Berserker

Finally, slot four has the ability ‘Wrath of the Berserker’. “Generate Fury: 30. Cooldown 60 seconds. Go Berserk for 15 seconds. Every 20 Fury you spend increases the effects by 65%.”

The keyword Berserk increases your damage by 25% and your movement speed by 30%. If you’ve seen the demo, it’s obvious when a Barbarian has gone berserk because they glow, and look generally more frightening for those 15 seconds.

Call of the Ancients

“Cooldown: 75 seconds. Call upon the ancients to aid you in battle for 12 seconds. Deals physical damage.”

Yet another slot we don’t know the contents of. Because we don’t know when Diablo 4 is coming out, it’s uncertain when this will be revealed. 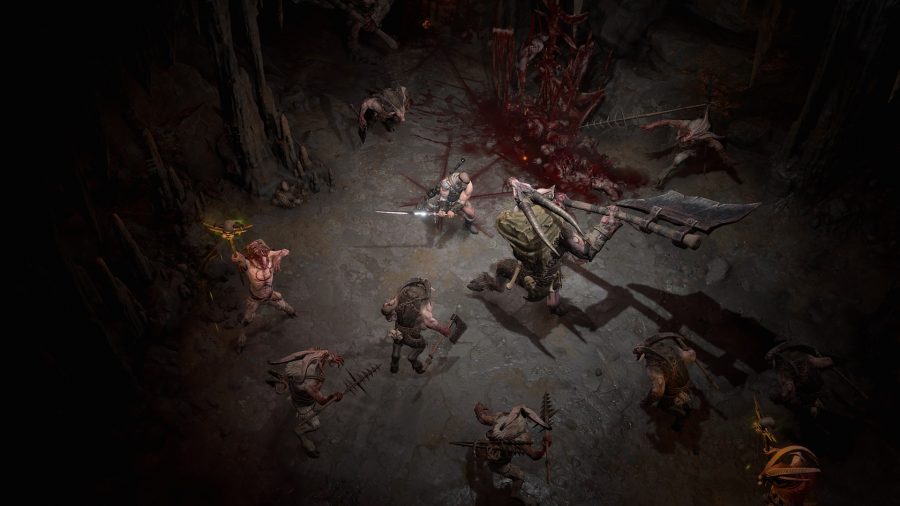 The talent tree is where you spend your points to level up specific parts of your build. Right now the Barbarian talent tree has two sides to it, with these talents listed. The guide goes through the tree as it appears, so in progression order.

And those are all the skills and talents we have seen so far for the Barbarian class in Diablo 4.

As the game’s presence looms closer, we’ll have more details on what to expect, but for now, fans are left to ponder what Diablo 4 will look like in the coming years.