Want to know about the classes in Diablo 4? Ever since the RPG game was revealed back in late 2019, fans have been speculating what each of the five classes will bring to the game. Currently, four of the classes have been revealed: Rogue, Sorceress, Barbarian, and Druid.

Diablo 4’s Rogue, first revealed at Blizzcon 2021, is a returning class from the original Diablo who can be effective both at ranged and melee combat. There’s been a few classes in subsequent games that have fulfilled a similar role in the roster, but this is the first time the Rogue has returned. Every class has their own unique skill tree, allowing players to pick which abilities they want to use. Unlike in Diablo 3 which featured set character designs, the appearance of each class in Diablo 4 can be customised, even down to the skin colour of each character.

Diablo 4’s release date may not be on the horizon, but there’s still plenty to be excited about. Here’s everything you need to know about the Diablo 4 classes.

Like in the first game of the series, Diablo 4’s Rogue is a hybrid class. They can use both ranged and melee combat, and has appropriate skills that you can spec into. If you choose to focus on melee combat, the Rogue can use swords and daggers, while players that decide to go with a ranged combat strategy can use bows and crossbows to fire arrows and bolts at foes. The Rogue also has class-specific quests that no other class can do, which can be found in the sanctuary. 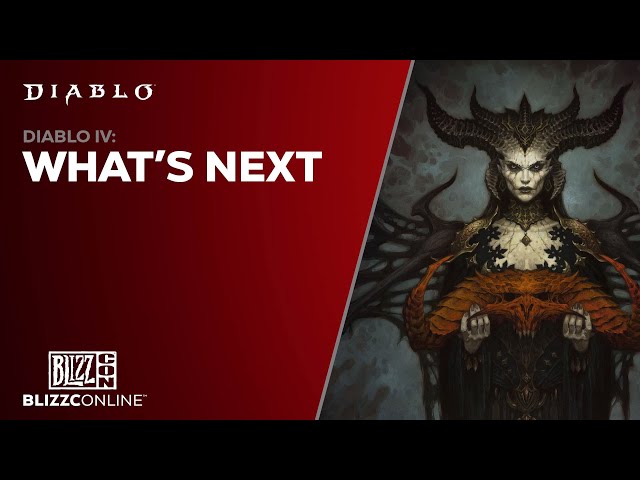 What makes the Rogue stand out thus far from the rest are the three class specialisations: Combo Points, Shadow Realm, and Exploit Weakness. The Shadow Realm allows a melee focused Rogue to lure their target into a dark void, but it also has the rather cool side effect of briefly making foes outside of the void disappear, so the Rogue can safely take out the enemies in the void first. The Exploit Weakness specialisation shows icons that indicate a foe’s weakness, giving you information to kill them quickly, while the Combo Points specialisation allows the Rogue to build up points to spend on using skills.

Here are the Rogue’s class specialisation skills in Diablo 4:

Here are the Rogue’s imbue skills in Diablo 4:

Here are the Rogue’s melee skills in Diablo 4:

Here are the Rogue’s ranged skills in Diablo 4:

The Sorceress is the go-to class for crowd control and raw elemental damage. Wielding the power of lightning, fire, and frost, the Sorceress will be an important addition to any party looking to take down Diablo 4’s biggest threats. Although the ability to decimate waves of enemies does come at a cost – the Sorceress has the lowest amount of health out of the three classes. 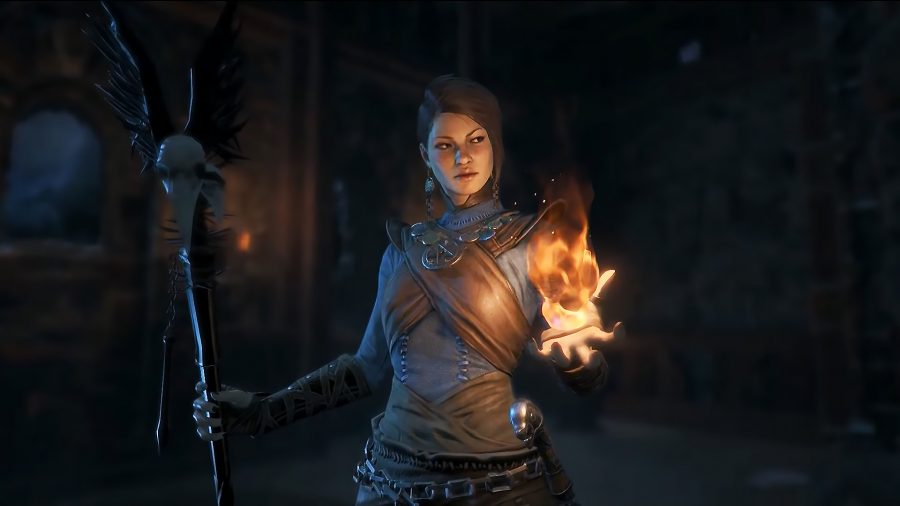 Unlike the Barbarian and the Druid, the Sorceress passively regenerates mana. As a result, only one of her Minor Destruction skills generate mana. When the Sorceress is fully levelled up, she can deal game-changing amounts of damage with her ultimate skills. You may struggle to play the Sorceress as a solo player due to her glass-cannon build, but there’s no doubt she will be devastating in a party.

Here are the Sorceress’ Minor Destruction skills in Diablo 4:

Here are the Sorceress’ Major Destruction skills in Diablo 4:

When it comes to tanking large amounts of damage, no class in the Diablo series does it better than the Barbarian. This class is known for having the highest amount of health and strength in the game, and this doesn’t look like it’ll be change in Diablo 4. Similarly to the previous games, Barbarians build Fury with each attack, giving them the ability to unleash a powerful Fury skill during combat. 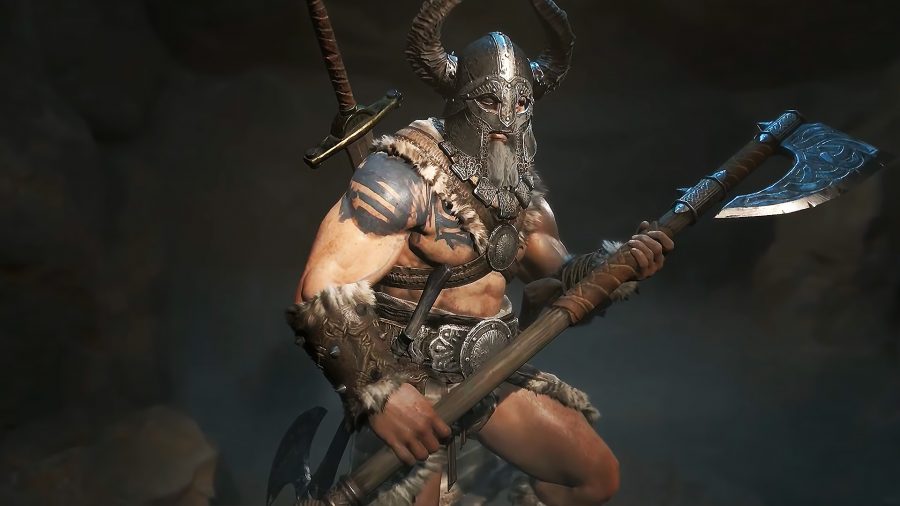 The Barbarian in Diablo 4 has been given a brand new mechanic: the Arsenal System. This gives the Barbarian four weapon slots, allowing players to equip both one-handed and two-handed weapons in the same build. For the first time in a Diablo game, the Barbarian will be able to equip four legendary weapons at the same time. Wielding numerous weapons at once sounds like it could become overwhelming, but each Fury skill automatically uses the required weapon to make combat seamless.

Here are the Barbarian’s basic skills in Diablo 4:

Here are the Barbarian’s Fury skills in Diablo 4:

As the only shapeshifting class in the game, the Druid is able to turn into a ferocious werebear or a terrifying werewolf during a single attack. No matter what form the Druid is in, they will always have two wolf companions at their side at all times. In addition to this, the Druid is also a master of elements, allowing them to call upon the elements when in human form. Each Druid’s basic skill generates Spirit, a resource that can be used to unleash powerful Spirit skills. 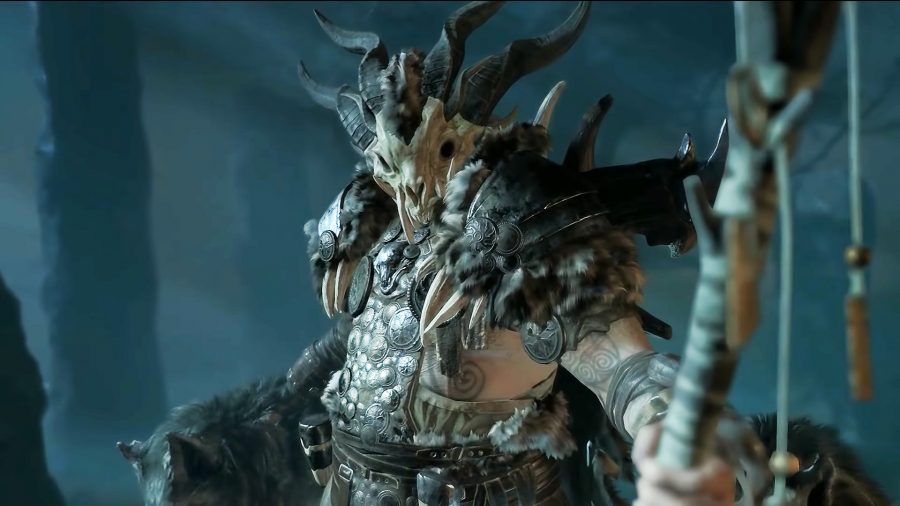 Depending on how you build your Druid using the Diablo 4 skill tree, you can choose to focus entirely on the shapeshifting mechanic, become an elemental master, or create a hybrid of both. More so than the Barbarian and the Sorceress, the Druid is better suited to dealing with powerful single targets and multiple enemies due to the range of their skills. Summon a barrage of storms to deal consistent damage to everything on the screen, or switch to the werebear form to attack with one big, concentrated blow.

Here are the Druid’s basic skills in Diablo 4:

Here are the Druid’s Spirit Skills in Diablo 4:

And that’s all there is to know about the classes in Diablo 4. With BlizzCon right around the corner, stay tuned to this page as we will update it with any new information.