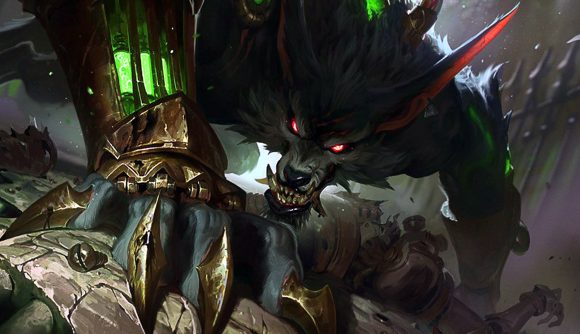 By all accounts, the first League of Legends animated series Arcane has been a tremendous success for Riot Games and Netflix, so it’s not a surprise that Arcane Season 2 was confirmed the instant the first season finished – and its first teaser may have hinted at the inclusion of the game’s werewolf-like Warwick.

All three acts and six episodes of Arcane Season 1 have now concluded and the League of Legends Netflix animated series has received near-universal praise from fans and non-fans alike – which must be a relief to Riot Games after keeping everyone waiting for it for over two years and doing tie-ins with all manner of interesting companies.

Riot Games CEO Nicolo Laurent promised that Arcane was “the beginning of the next chapter for Riot” so it’s expected that similar projects are coming from the studio, with Arcane Season 2 first up – it has now been confirmed as being “in production”. Sadly, there’s no release date, so if it wasn’t already in the works it’s entirely possible fans might be waiting another two years.

The teaser is vague and doesn’t contain any visuals, but features dialogue from the show – and an interesting sound at the end that fans believe they have identified as the metallic heartbeat of the werewolf-like Warwick. Warwick (real name Vander) was briefly teased in Season 1 but as a character who’s entrenched in the show’s setting of Zaun, fans may have expected to see more of him. It seems likely they’ll be getting just that in Season 2.

With the show wrapped up Riot’s big Arcane bash has come to a close too, with big new updates for League of Legends and tie-ins with games such as Fortnite, PUBG Mobile, and Among Us. You can probably expect an even bigger bash when the show comes back.