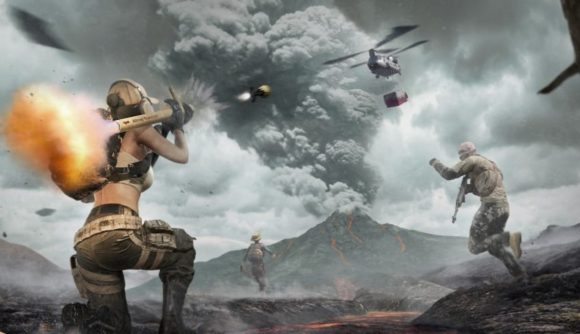 Once again, PlayerUnknown’s Battlegrounds is back at the top of the Steam top sellers list. The battle royale game is currently on discount, leading to a surge in new players.

From now until May 5, you can get PUBG at 50% off. Plenty have already taken advantage of this price, because the multiplayer game is Steam’s top seller for this week. Right below it is Counter-Strike: Global Offensive – Operation Broken Fang in second – the expansion was only available until April 30, meaning the FOMO likely kicked in hard for many players of the FPS game.

Two new arrivals join the chart this week: Total War: Rome Remastered, and Resident Evil Village. Our Joe Robinson called the former a “better remaster than most” in his review. A demo for the latter went live this weekend, and the Resident Evil Village release date being just days away obviously has players looking to be as ready as they can be for Lady Dimitrescu. Valheim moves down from eighth to tenth, and It Takes Two stays in third, only dropping one space from last week.

Both Nier: Automata, and Nier Replicant ver.1.22474487139… are present, at ninth and fifth, respectively. Death Stranding, then, comes in at sixth, itself also discounted, down 60%.

The PUBG update 11.2 went live this week, bringing the new battle pass, and there’s a new mode going in PUBG Labs. Rumours have swirled that PUBG Studio is working on a new, open-world sci-fi shooter, which could turn out to be PUBG 2.