X019 is upon us, and the edition of Inside Xbox which kicked off the show has unleashed a waterfall of news upon us. If you want a breakdown of all the biggest announcements and a collection of links to find further details, you’re in luck – I’m here to chew bubblegum and round up news, and I’m all out of bubblegum.

Microsoft promised that this would be the biggest edition of Inside Xbox ever, and the show delivered – it is, at least, the best advertisement for Xbox Game Pass ever. A whole host of new titles for the subscription service were announced today – many of them coming to PC too – and all the big new stuff is naturally launching for Game Pass on day one.

Whether or not you’re down for subscription gaming, there were plenty of major reveals, too. We’ve got a loot at new IP from Rare, Dontnod, and Obsidian. Age of Empires 4 finally debuted some gameplay footage.

Wasteland 3 and Bleeding Edge got firm release dates. Keep on scrolling for the full breakdown of everything you might’ve missed.

Rare’s next IP is a gorgeous-looking thing set in a mysterious wilderness, and it’s called Everwild. The brief trailer looks fantastic, but it’s pretty light on details – aside from the clear implication that you’re a human character who’s going to spend a lot of time interacting with mysterious animals.

Sea of Thieves gets more story and fire

While the big news from Rare is a whole new IP, Sea of Thieves’ monthly updates are continuing apace. You can check out the full trailer for The Seabound Soul above, but the short version is that it brings a new Tall Tale to enjoy, as well as firebombs to set your enemies ablaze.

Obsidian’s X019 announcement is Grounded – an early access survival game that’s basically a riff on Honey, I Shrunk the Kids. You can check out the trailer above, but you can follow that link for more detailed impressions. In short, it’s not what you’d expect from Obsidian, but it looks like a potentially fantastic addition to the survival genre, following in the narrative-driven footsteps of Subnautica.

Dontnod’s next game is Tell Me Why

The next game from the folks behind Life is Strange is called Tell Me Why – and as you’d expect, it’s a narrative-driven adventure that tells a personal story. The most notable detail is that this is the first game from a major studio to feature a playable transgender protagonist, and the studio says it’s been working closely with GLAAD to make sure the portrayal is true-to-life.

The Bleeding Edge release date is official – please act surprised, even with the leaks. Ninja Theory’s next game is scheduled to launch on March 24, 2020, after a series of betas for Xbox Game Pass users. You can check out the new trailer above. 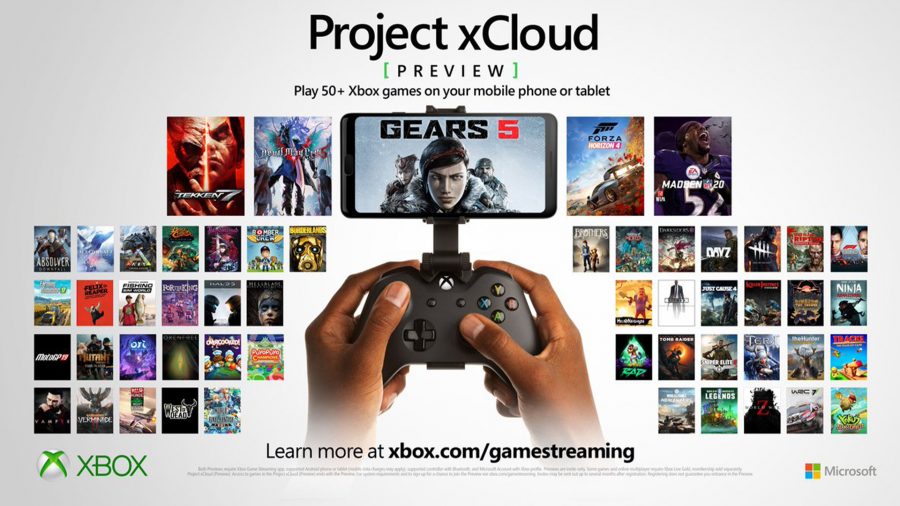 Microsoft unveiled loads of details on its streaming project today – pointedly, very close to the Stadia release date. Project xCloud still isn’t ready for primetime, but Microsoft made a point to announce that over 50 new titles are coming to the xCloud preview, and that the service will extend to Windows 10 PCs next year. Most pertinently, you’ll be able to use xCloud to play any game available through Xbox Game Pass.

It’s finally official – Halo returns to PC on December 3. The Halo Reach PC launch date was at last revealed, so we can finally stop messing around with betas, tests, and delays, and actually enjoy the shooter on keyboard and mouse once again.

Microsoft Flight Simulator got a very fancy new trailer, showcasing a whole lot of new planes and gorgeous locations. There’s not much more for me to say about it – check out those fantastic visuals above.

We also learned that aeroplane manufacturers are hoping Microsoft Flight Simulator will solve the pilot crisis.

The Age of Empires 4 trailer looks absolutely gorgeous, and confirms both a medieval setting and the first two factions: the Mongols and the English. We don’t know much more than that just yet – including the Age of Empires 4 release date – but now that it’s official we’re more excited than ever.

From speaking to the team we learnt that the game will start earlier and finish later than Age of Empires 2, and that is will have a wide spectrum of civs – some of which will be nothing like we’ve experienced before in the series.

Age of Empires 2 Definitive Edition is out now

This announcement’s only debatably news, since it the launch hit before the show – but hey, this classic remaster is now available. You can check out our Age of Empires 2 Definitive Edition review for more, or run the trailer above to get those nostalgic juices running.

CrossfireX is out in 2020, and got its first gameplay trailer today. The first-person shooter has been available in China for years, where it’s – secretly to most English-speaking players – one of the most popular games in the world, and now Remedy Entertainment is bringing its storytelling experience to the Western edition of the game. (Do not forget that Mr X is the only one who really gon give it to ya.)

Minecraft Dungeons is out April 2020

The Minecraft Dungeons release date is now set for a slightly vague April 2020, and we got to see a gameplay demo showcasing what to expect from the blocky Diablo-like, including co-op play. Multiplayer is drop-in, drop-out, and difficulty will dynamically scale to the number of players in your party.

Talking of scaling, the team are deliberately leaving in some extremely overpowered Minecraft Dungeons items simply because they’re fun!

So many games are coming to Xbox Game Pass for PC

While we’ve got a more extensive rundown of X019’s Xbox Game Pass for PC announcements, darn near every Final Fantasy since VII and Yakuza 0, Yakuza Kiwami, and Yakuza Kiwami 2 are coming to the service, and a whole host of fabulous-looking indie titles available from day one.

Now that inXile is under the Xbox Game Studios banner, Wasteland 3 is on the way – and now we know it’s coming May 19, 2020. We’ve seen bits and pieces since the acquisition was announced, but today’s trailer provided a much bigger insight into the game’s setting and backstory – as well as a closer look at the strategic combat. You can check it all out for yourself above.

Stay tuned for plenty more coverage on all the games Microsoft’s got on display in London.