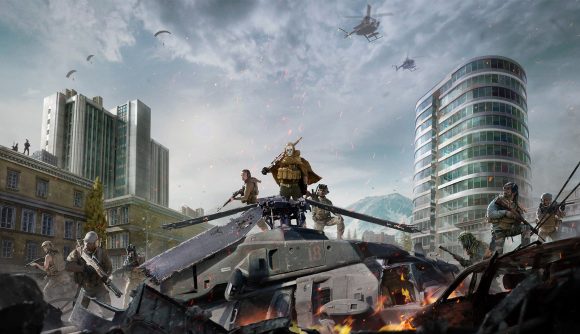 If you’ve been playing Call of Duty: Warzone lately, there’s a chance you discovered something in the loot boxes that you weren’t meant to have yet. Developer Infinity Ward has had to remove counter UAVs from the loot, because they aren’t actually meant to be in the game yet.

As reported by VG24/7, the latest update is mostly your typical set of bug fixes and minor alterations to help keep the battle royale game as fair and fun as possible. But there’s one stand-out point in the patch notes – the removal of counter UAVs as a specific piece of loot. Counter UAVs are still in the game, by way of getting four regular UAVs and activating them at once, but you aren’t meant to be able to get them as an item and in and of themselves – at least not yet.

A report from earlier this week suggested counter UAVs were coming, and would be purchasable from buy stations for $4,500. This glitch all but confirms a roll-out is happening to make counter UAVs their own acquirable item, just not quite for the time being.

Counter UAVs being widely available is sure to send ripples right through Warzone. The best Warzone loadouts will be in question, and recon contracts, since while counter UAVs are active, they’re the only way at present to see safe zones.

Call of Duty: Warzone recently added, then removed, a 200-person option, putting quads back in its place. We have guides on the best weapons, best assault rifles, and best SMGs, and a breakdown on how best to build around the Rytec AMR, so you can stay sharp whatever happens.