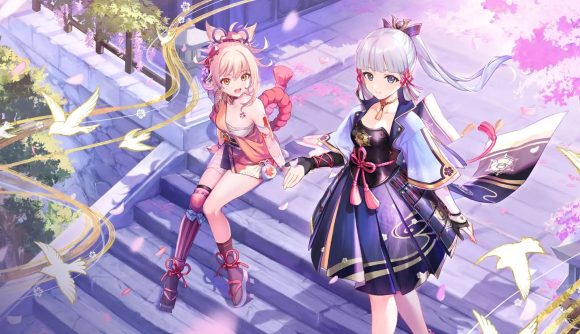 Genshin Impact is skipping update 1.7 and is going straight to 2.0. Mihoyo has revealed what’s coming our way in a new livestream that’s come packed with details on a fresh region, new characters, and what looks like a new power for the Traveller. We also found out that the Genshin Impact 2.0 release date is July 21, so you don’t have too long to wait.

So what does this swanky new update come with? After a few teases and oodles of leaks, we now know that, yes, we are indeed heading to Inazuma. The Electro Archon rules over the new region, so lightning is a theme for the latest slice of land. We can also see an Archon statue during the trailer and in heaps of promotional images, so it looks like the Traveller will soon be able to use the power of electricity. Twitter channel Project Celestia has also dug up the Constellations for the Electro Traveller, though they are subject to change.

While Inazuma is one region, though, it’s made up of several islands. Another Twitter channel called GenshinReport shares that the 2.0 update will introduce three of Inazuma’s six islands, with the rest of them opening up as time rumbles on.

We’re also getting a swathe of new characters to meet. We’ve known about Kazuha, Ayaka, Sayu, and Yoimiya for a wee while as Mihoyo cut leakers off at the pass by revealing them early, but we got a more formal introduction to the cast during the stream ahead of their missions in the new update. 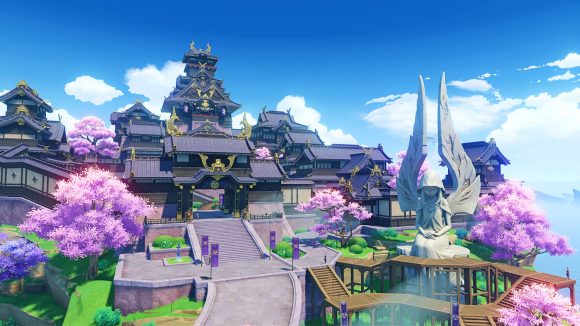 The Kazuha banner has been and gone, though we’re meeting the rest of the crew in update 2.0. The Ayaka banner is up first, with Yoimiya and Sayu coming in the second banner of the update.

As Mihoyo previously revealed, we also got a peep at the serenitea pot’s new gardening system, which is looking fairly chill, indeed.

We also got heaps of Genshin Impact codes, of course. We’ve rounded them all up for you, so you can check them out at the link if you fancy it.