There are several characters who you can choose to spend some time with, but more will be added over time. All the characters we can hang out with so far are four-stars, which has led to speculation that they serve a similar purpose to the story quests we get for five-stars – basically, getting to know the character better and developing our relationship with them.

These ‘hangout events’ have several different dialogue options to choose from, and the hangout can branch out into various different paths, depending on the options you choose. Your chosen companion also has a ‘Heartbeat Value’ while you hang out; if you fumble your lines and the Heartbeat Value drops too low, it’s actually possible to fail the quest completely, at which point they will leave, and you’ll be left alone to contemplate your dialogue choices. Hopefully, though, you’ll be able to avoid that terrible fate with the help of our Genshin Impact hangout events guide.

In order to start the first five hangout events – Barbara, Noelle Act I, Chongyun, Diona, and Bennett – you need an Adventure Rank of 26. If you’re not quite there, our Genshin Impact leveling guide will help you out. You also need to have completed the quest ‘Prologue: Act III – Song of the Dragon and Freedom’.

To unlock Noelle Act II, you need to achieve all endings in her first hangout event, and complete the quest ‘Chapter I Act III – A New Star Approaches’.

To unlock Sayu and Thoma’s hangout events, you need Adventure Rank 30, and must have completed the quest ‘Chapter II Act III – Omnipresence Over Mortals’. 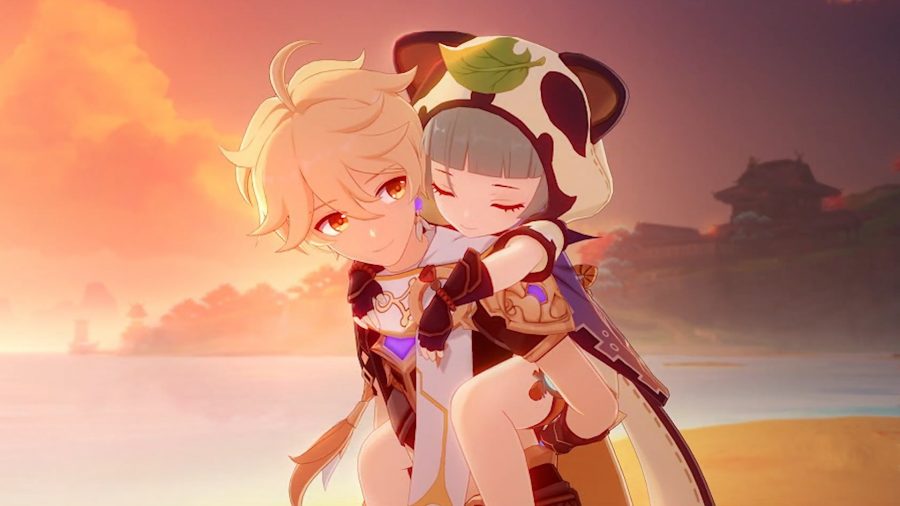 After you unlock hangout events, there will be a tab on the story quests screen where you can accept the hangout event quest. Each hangout event requires two story keys to unlock, though after you’ve unlocked a hangout event, you can go back and replay any part of it without spending any more story keys.

There’s a quest progression map that shows you all the branching points of the hangout, so you can choose when to drop back in and try an alternative route. There are five different possible endings, each with their own rewards and hangout memories, which are snapshots of you and your hangout companion.

Wondering how to get story keys? After you reach Adventure Rank 26, you get a story key for every eight daily commissions you complete.

There’s no rush, though – hangout events are permanently available after they’re released.

We’ve got a walkthrough for each character’s hangout event:

If you’re eagerly awaiting Genshin impact’s new characters, take a look at the Genshin Impact upcoming banners to find out who is arriving in the future.