Want to know about the Hues of the Violet Garden event in Genshin Impact? This new event series lands during the 2.6 update, about a week after the Ayato banner. It features a series of new and returning mini-games that will let you earn rewards like primogems and ascension materials, culminating in a chance to get a free Genshin Impact character.

The Genshin Impact Hues of the Violent Garden event features four sub-events which are unlocked in sequence, each providing very different experiences – from floral arrangements, to one-on-one sword duels where you’re not able to use your elemental abilities. After you successfully complete all four of the events and reach “certain criteria”, you can recruit Hydro swordsman Xingqiu to your team for free.

As always, in order to participate you’ll have to meet certain entry criteria, although there’s a new option for players that can bypass some of this. Read on to find out everything you need to know about this new Genshin Impact event and what the festivities entail.

To participate in the Hues of Violet Garden event, you must meet the following criteria:

If you haven’t completed those final three story quests, you can still participate in the event via the new ‘quick start’ option. This feature has been added to the game in order to help newer players – now you can tackle new content without having to make their way through multiple character quests beforehand. 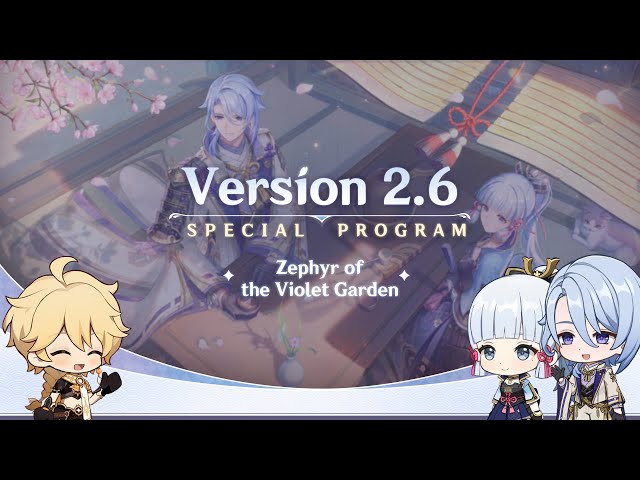 Hues of the Violet Garden Events

The Moon and Stars Inscribe

The first event involves you searching for inspiration among Inazuma’s unique landscapes – this essentially involves taking pictures of pretty things. This event is at the behest of a bard from Mondstadt – who we’re assuming is Venti – and you must follow hints to find the most poetic things to picture, which you then submit to the event commissioner.

The more pictures you submit, the more lines of poetry you unlock, and players can then pick which lines they prefer to create compositions and gain rewards.

The Genshin Impact Theater Mechanicus event returns as part of the festival, and the tower-defence like minigame’s third iteration is called Stage of Brilliance. Each stage of the event has its own unique Mechanici on top of the standard offerings, and a new modifier system that allows you to pick certain ‘sticks’ that modify the abilities of certain constructables.

The third version of Theatre Mechanicus has also been streamlined, with stages coming with pre-constructed Mechanici that you can either deconstruct for more points, or use as an anchor to build a strategy around for defeating the oncoming mobs. 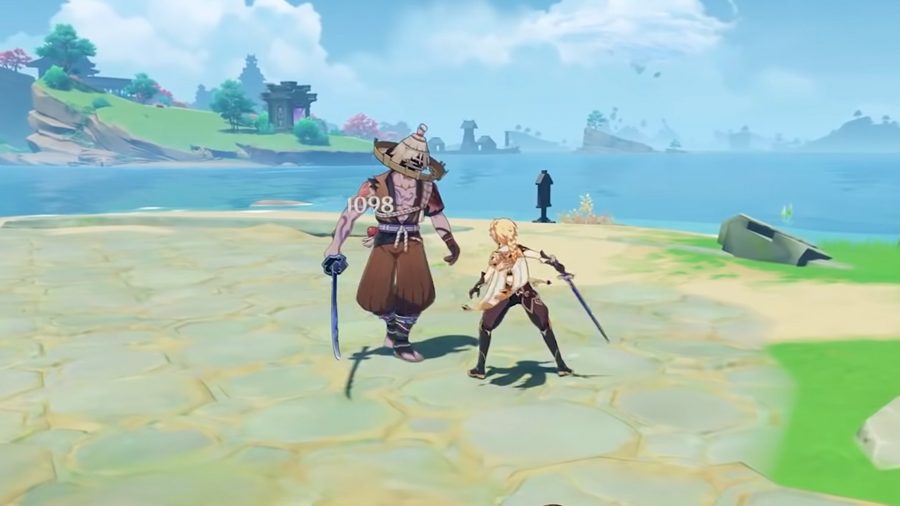 Amateur duelists test their sword fighting skills in the Clash of Lone Blades event that centres around one-on-one duels. A new duel with a master swordsman is unlocked each day once you gain access to this mode.

You’re locked to using the Traveler during this event, and you will /not/ be able to use your Elemental Skill or Elemental Burst ability. Instead, you can use an all-new Parry mechanic that lets you deflect blows and deal devastating counter-attacks, provided you get the timing right. Who knew that Genshin Impact was secretly the best sword game on PC?

Last but not least, we have the Floral Courtyard, which draws inspiration from the Japanese Ikebana tradition of flower arrangements as art. Players need to follow instructions and create a courtyard using flowers from around the world.

After completing a specific arrangement, Travelers may keep their creation and place it in their Serenitea Pot, if it’s one they are especially proud of. While each courtyard involves following a specific theme, there’s plenty of room for artistic expression and interpretation.