Looking for the Sangonomiya Kokomi banner release date? Kokomi has been officially unveiled by Mihoyo as one of the new Genshin Impact characters arriving on an upcoming Genshin Impact banner. The Genshin Impact 2.0 update takes us on an adventure to Inazuma, a perilous land where the Raiden Shogun reigns supreme. The Shogun has implemented decrees ordering the confiscation of all Visions in the nation, and as a result of her suppressive rule, resistance groups have emerged in Inazuma.

We’re expecting to visit Watatsumi Island in the Genshin Impact 2.1 update, as the storyline in Inazuma develops further. Not only will we be able to interact with her as an NPC and visit her beautiful home, but we also expect to be able to recruit Kokomi herself when she appears on a banner in the forthcoming update. Thanks to dataminers and reported leaks, we have some idea of Kokomi’s abilities, too – here’s everything we know so far.

Kokomi will be part of the second banner in 2.1, which means the Kokomi release date is September 21. 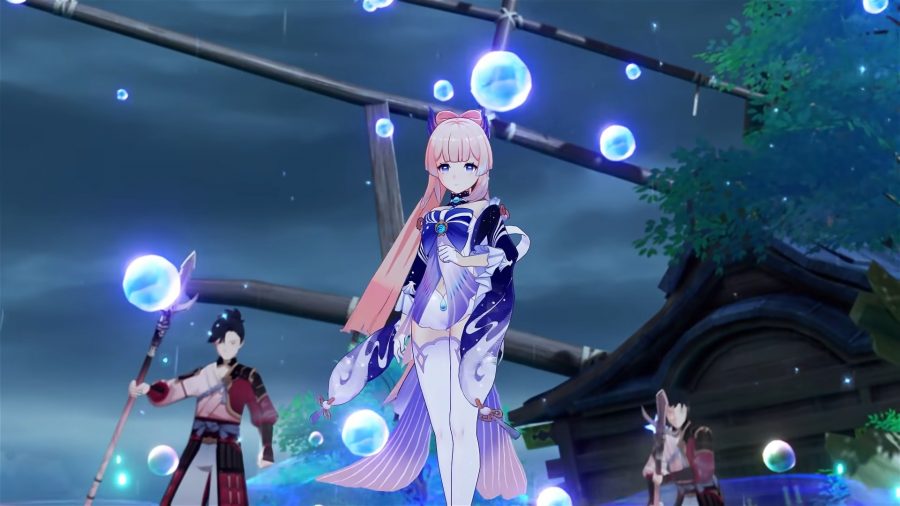 Kokomi is a five-star hydro catalyst user. Here are her abilities:

Normal attack: The Shape of Water

Summons “bake-kurage” created from water that can heal her allies. Using this skill will apply the Wet status to Kokomi.

Bake-Kurage heals nearby active characters at intervals and deals Hydro damage to nearby opponents based on Kokomi’s max HP.

The might of Watatsumi descends, dealing Hydro damage to surrounding opponents, before robing Kokomi in a ceremonial garment made from the flowing waters of Sangonomiya. 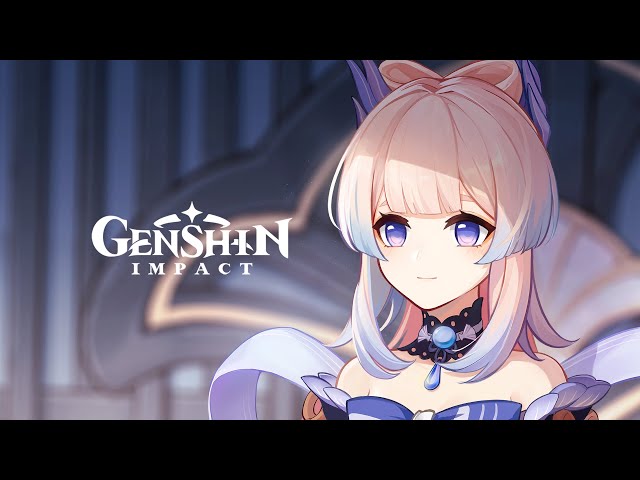 That’s all we know about Sangonomiya Kokomi – if you’re looking for information on more upcoming characters, we’ve got a Kujou Sara guide, and a Raiden Shogun guide, too.