The Intel Coffee Lake CPUs represent the chip maker’s silicon response to the existential threat of AMD’s competitive many-core, Ryzen processors. They’re also the finest Intel processors the company has made in many years.

If you want nothing but the absolute best gaming performance then Coffee Lake is probably the platform for you. AMD has arguably the best overall processors right now, but there’s still the slightest Intel processor frame rate advantage for gamers. Though, the best of the current Intel 8th Generation chips might not necessarily be the processor you expect it to be…

But Intel isn’t stopping there and is refreshing its gaming lineup in the next few months, giving us the first Intel i9 CPUs for our desktop rigs, outside of the hyper-expensive high-end ranges. With the new i9 range will come the first eight-core, 16-thread CPU to really fight back against AMD’s Ryzen 7 chips. So, what do these 8th Gen chips offer the previous 7th Gen ones couldn’t?

Intel Coffee Lake release date
Intel’s latest desktop gaming CPUs launched October 5, 2017, with the mobile gaming chips arriving in April 2018. There’s also a pair of eight-core desktop chips – a Core i9 9900K and a Core i7 9700K – likely to launch around the same time this year.

Intel Coffee Lake specifications
There are six six-core chips: two K-series and four 65W. The Core i7 8700K will top out at 4.3 GHz, and the i5 8600K at 4.1 GHz, all-core Turbo clockspeeds. There’s also three four-core i3 chips finishing the lineup.

Intel Coffee Lake CPU benchmarks
The single-core performance of Intel’s Coffee Lake chips makes them great gaming CPUs. And when you bring in the prospect of 5 GHz+ overclocking that makes things tough for AMD’s Ryzen. 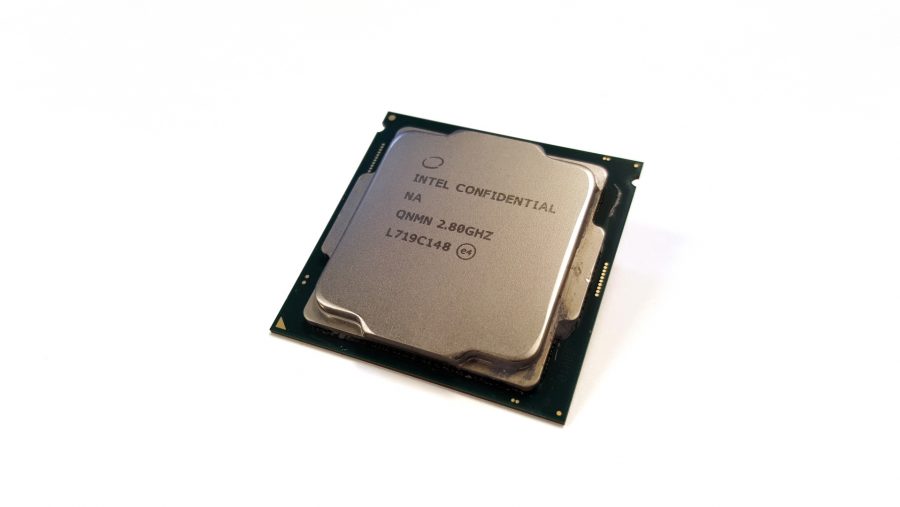 After less than a year of 7th Gen Kaby Lake processors, Intel moved on to the 8th Gen. It might seem unusual for Intel to have retired Kaby Lake so quickly, but there are a number of factors at play that make this generation different from previous ones. For a start, there’s now increased competition in the CPU market from AMD’s Ryzen 2 processors, but Intel is also struggling against the continual demand for CPU die shrinks and the increasing difficulty of making ever smaller transistors.

So now we’re looking at another stop-gap processor generation, based on the same basic architecture as Skylake and Kaby Lake, as well as the same lithography Intel has been using since the 2015 Broadwell designs. Indeed, there have been Kaby Lake refreshes mixed in with the Coffee Lake and Cannon Lake chips, in the form of the Kaby Lake G CPUs sporting Radeon graphics silicon made by AMD. We’re actually pretty confident that was one of Nostradamus’ doom-laden prophecies foretelling the end of the world…

Intel’s old-school tick-tock release cadence – where it launched a new architecture on an old process before re-engineering it again for a smaller lithography – was retired because successive CPU generations were having to stick on a particular production process for longer periods of time. It was then replaced by a new release cadence that went Process>Architecture>Optimisation… which didn’t even make it through one cycle. Now it’s just Process>Architecture>Optimise>Obey>Submit.

So if it’s all essentially the same why should we care about Coffee Lake? Well, this time it’s all about the AMD-inspired increased thread-count and a genuinely impressive, affordable six-core i5… 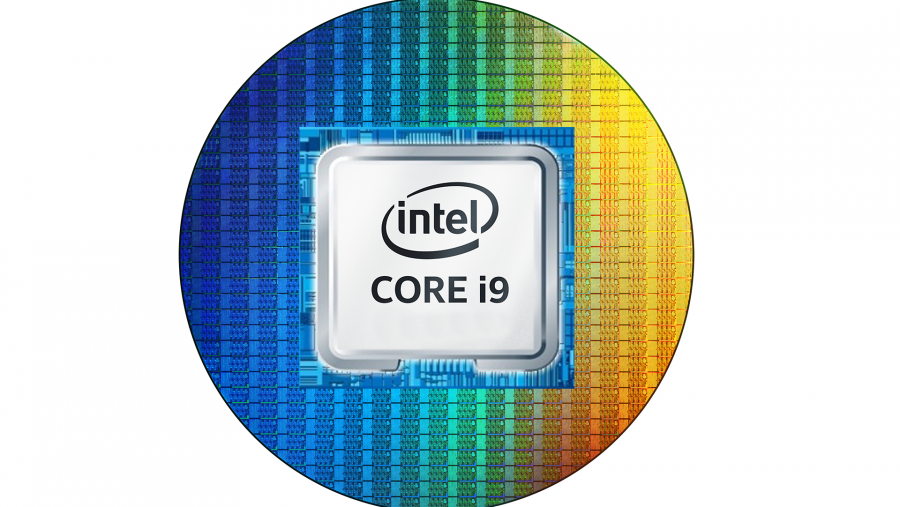 Intel’s Coffee Lake CPUs first launched October 5, 2017, but this release date only saw a handful of chips make it to market. We are, however, due a refresh of the Intel processors before the end of the year, and that’ll also mean we’ll get an eight-core Intel i9 too…

We’re expecing Intel to match last year’s October launch for the new eight and six-core CPUs launching to refresh the Coffee Lake lineup. There will be Core i9 9900K, Core i7 9700K, and Core i9 9600K processors, as well as a handful of other non K-series CPUs.

If that wasn’t enough, Intel has now confirmed its Z390 chipset. This 14nm chipset offers native USB 3.1 Gen2 functionality and is expected to launch sometime in September – although Intel has still not confirmed the launch date at this time.

Z390 motherboards are expected to be in preparation for another 8th Gen chip, the Intel Coffee Lake eight-core CPU. This octacore chip has already appeared online through various leaks, but isn’t likely to launch until the end of the year, though we’re hoping that an eight-core Intel i9 will also arrive along with the refreshed processor line. 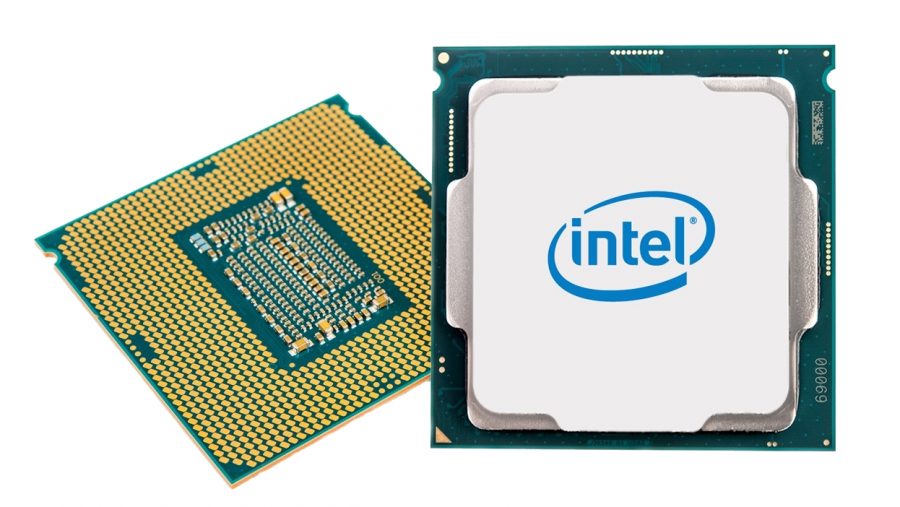 Thankfully, stock is far more readily available for the vanguard of Intel’s Coffee Lake CPUs than it was at launch – especially since the refreshed chips made it onto the shelves in the spring.

The pricing for the new 9000-series CPUs, however, is still up in the air. Some early listings have appeared online showing the Core i9 pricingclass="gallery">, and they’re suggest over $500 for the 9900K. The 9700 will supposedly retail for a little more than the current 8700K, suggesting that instead of adjusting the lower tier pricing with the release of the Core i9, Intel is just introducing another price tier. 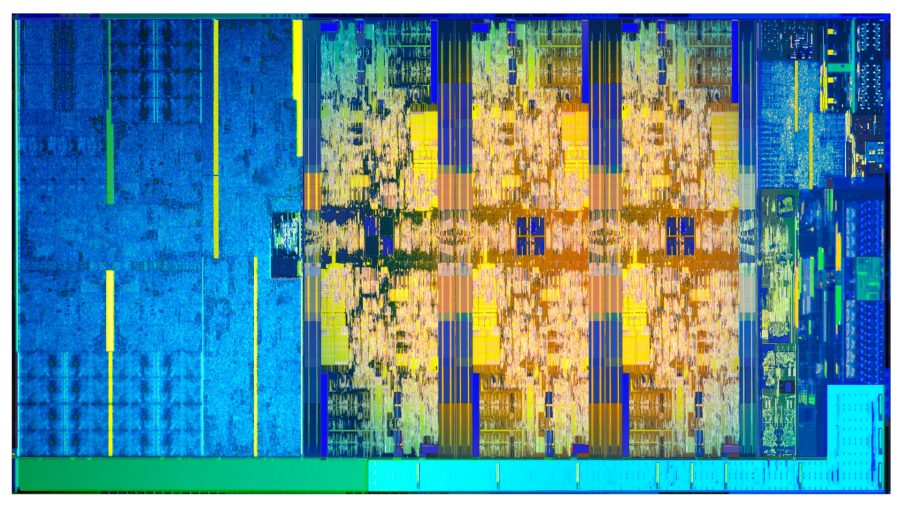 Coffee Lake is the latest 14nm CPU design after Kaby Lake, which Intel is calling 14nm++ in an attempt to make it seem different. What’s making the new generation relevant, however, is the fact it’s bringing six-core / 12-thread processors into high-end laptops and standard desktops for the first time.

This was big news for the original Coffee Lake processors: both the Core i7 and Core i5 ranges have a six-core CPU at the top. The Core i7 comes with six cores and 12 threads while the Core i5 version dodges HyperThreading and so is stuck with a straight six-core design.

That’s rather exciting for us gamers because it means there’s a robust 14nm six-core part combining Intel’s high-end single-threaded gaming performance with an extra two cores to give it decent multi-threaded chops, too.

But, as you can see from the table above, there are a host of new 9000-series CPUs on their way, including an eight-core, 16-thread Intel Core i9 9900K, and a non-HyperThreaded Core i7 9700K. We’ve been long holding out hope Intel would fill out the desktop range with an eight-core i9, but that 9700K simply looks bizarre.

With eight cores it’ll be a great gaming CPU, but without the HyperThreading tech it’ll be restricted to only eight threads, putting it on an uneven footing with the 12-threaded Core i7 8700K. That chip will likely come cheaper than the 9700K putting a strange skew to the Coffee Lake lineup when it launches.

At launch there were only four six-core Coffee Lake CPUs: a pair of Core i7 chips – one a K-series and another non-overclockable variant – and another two six-core i5 CPUs. These were joined by two new six-core CPUs in April: the i5 8600 and i5 8500. With the next refresh there will be another five six-core processors, with slightly higher clockspeeds.

There’s also a few more quad-core processors in the budget-oriented Core i3 range. The i3 8350K is essentially a Core i5 7600K with an almost budget price tag, though not budget enough considering the close proximity to the cost of the superior Core i5 8400.

Somewhat frustratingly, Intel has nixed backwards compatibility for the Coffee Lake chips, meaning you can’t just drop an 8th Gen chip into your existing 200-series motherboard. Given that the Z270 and Z370 platforms look almost identical quite why the 200-series won’t support Coffee Lake remains unclear, though there are suggestions it’s down to the Intel Management Engine providing remote support in the corporate environment.

Thankfully, Intel isn’t doing the same when it launches the Z390 motherboards this year. The new boards will work with all the current and refreshed Coffee Lake CPUs, and the new chips will also work in the old Z370 boards, too.

The real headline grabber from the first Coffee Lake performance tests is the fact that you can easily get 5 GHz+ frequencies out of both the K-series Core i7 and Core i5 parts. You don’t have to go crazy with liquid nitrogen or set the CPU voltage to dangerous levels to get there, and the temperatures at those speeds shouldn’t frighten you either.

With that overclocked performance the Core i7 8700K is capable of outperforming the top AMD Ryzen CPU, the 2700X, despite the fact it has two fewer cores than its main rival. The superior gaming performance was almost a given, but the fact it can match it for general multi-threaded performance too is seriously impressive.

The problem for the two Coffee Lake K-series chips, however, is the fact that such CPU-intensive performance doesn’t matter one jot to us gamers. Even when they’re running at over 5 GHz that doesn’t deliver them any extra gaming frame rates compared with the brilliant Core i5 8400.

That’s a straight six-core Coffee Lake chip, with no HyperThreading, no access to multiplier overclocking, and gaming performance to rival anything on the market right now. Only the super CPU-heavy Civilization VI gives it any cause for concern. Even then, it matches the Kaby Lake Core i7 7700K benchmarks in everything from Cinebench to GTA V.