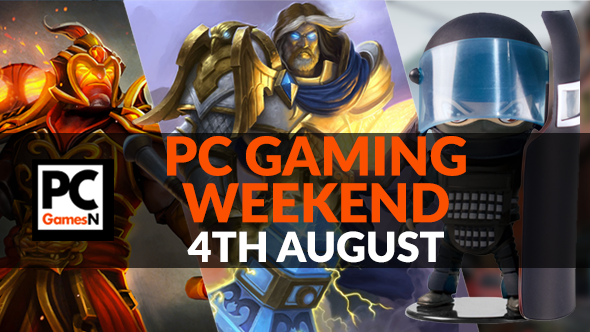 The weekend is here and there are a million things you could be doing. And that’s if you’re sticking to PC gaming and not including everything else the world has to offer. Good job we’re help to help filter that huge list of possibilities down for you then, eh?

Below you’ll find our recommendations for PC gaming activities to do this week. There’s esports to watch, Steam keys to win, cards to collect, and even chibi figurines to buy for a game you probably wouldn’t expect to have that kind of merch. What is it? Have a read below to find out.

Win a Steam code for fantastic online RTS game Foxhole – we have ten codes up for grabs!

Foxhole is a fantastic idea for an RTS and it’s been executed very well. Impressive when you consider it’s only just popped up on Steam Early Access. Essentially, it’s a large-scale war game in which every unit is an online player, each of them playing a different role in a bid to outdo the enemy. You should buy this game, but not before entering our giveaway – you might get a copy for free!

If you don’t know already, there is an official League of Legends metal band. They’re called Pentakill and they’ve just released their second album. It’s called Grasp of the Undying. Of course it is. That’s how metal works. Anyway, download it, listen to it while you’re playing League, it’ll be great.

Fill the gaps in your Legendary card collection in Hearthstone

If you’re a Hearthstone player that’s been slacking off this week then you need to buck your ideas up. From now on, you’re guaranteed to get a Legendary card within your first ten packs of a new set. Plus, when you open a Legendary in a card park, it’ll be a Legendary card from the same set that you don’t already own. Have at it.

The biggest esports tournament in the world is underway right now. Don’t miss it! The International has been going for a few days already and will be continue until August 8th. If you need to know where you can watch it the link above will sort you out.

Garrosh Hellscream, that angry and hated orc-man from World of Warcraft, is now available to play in the Heroes of the Storm PTR. You can try out his moves – which include throwing enemies around, by the way – until August 7th. More details are available in the link.

Titanfall 2 didn’t sell as well as it should when it came out last year. It’s a big shame as it’s undoubtedly one of the best shooters of recent years. But it kinda has a second chance to shine now as it’s available as part of Origin Access. You can play it by subscribing to the game service alongside a load of other EA games.

This is cute. Even if you don’t play Rainbow Six Siege you should want one of these chibi-style figurines of the game’s group of terrorists and anti-terrorists. One of them even comes with a large riot shield held in its tiny armoured arm. Terrorists should never be this cute. 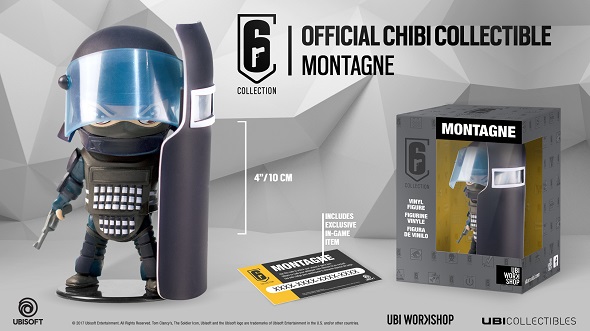 The Long Dark has picked up a big following over the years in its time as an Early Access title on Steam. But now it’s been fully released with a new story mode and it’s brill. It’s also getting a movie adaptation so expect it to get bigger and better. Jump in now for a good time trying to battle the elements in Canada’s harshest environs.

Check out Tacoma, which is the next game from the Gone Home devs

If you enjoyed Gone Home then you’ll want to have a look at the next game from the same team. It’s called Tacoma and tells its story through the items scattered around its abandoned space station. But there are also recorded holograms to find that let you get a little bit closer to the absent characters.

Bloodborne is still a PS4 exclusive but when has that ever stopped the PC gaming community from playing a game? Never. That’s why Bloodborne is now available on PC. Ok, not quite, but its crimson tides, monster horror, and Lovecraftian themes can be yours in Dark Souls with this new mod.