Another year, another Christmas. Another panicked look at the calendar, another rushed purchase of After Eights from the petrol station – the end of 2019 is almost upon us. It’s been a strange year, simultaneously momentous and, paradoxically, underwhelming.

Much has happened, when you really dig down, but the biggest announcements arrived in unconventional ways at unfamiliar times. And, for much of the year, it’s felt like the wider game industry engine has been ticking over, patiently – but hungrily – awaiting the injection of new fuel in the form of Sony’s PlayStation 5 and Microsoft’s Xbox Series X.

Unfortunately that, at times, has meant we’ve been running on fumes. Has this metaphor been stretched too far yet? No? Okay, let’s race onwards towards February. (No game industry news happened in January. Literally nothing. Look it up, there’s nothing there. Google returns 0 results and Bing just gives that ‘Windows XP has crashed’ DUNG sound.)

February was lining up to be a quiet mon… BANG! Apex Legends! Respawn’s answer to the battle royale craze was the surprise release of Apex Legends, a game which, on the face of it, shouldn’t work.

Doesn’t sound too exciting, does it? Yet a recipe of, well, falling, combined with ingenious characters and innovative three-player team dynamics made Aphex Twin stand out from the crowd better than any other Fortnite challenger to date. 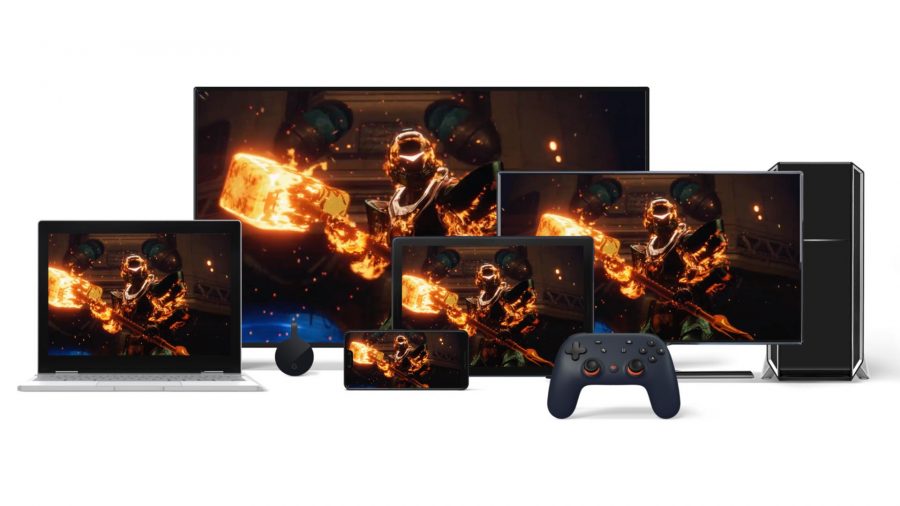 March is typically the first month in the gaming calendar worth getting out of bed for, and so it proved in 2019. Aside from THQ Nordic deciding to hold an AMA on notoriously nasty forum 8Chan (shout out to Mark), the big news to round out *business wanker voice* ‘a busy Q1’ *end business wanker voice* was Google finally realising the game industry exists.

The company revealed its Stadia platform, which it said would be able to stream 4K games at 60fps, all via the cloud. All very exciting – and all very ironic, given their announcement stream could barely get past 480p.

We’re sorry, the game industry can’t be reached right now. Please enjoy a PC made out of lasagne and Gabe Newell’s face selling underpants and we’ll get back to you as soon as something interesting happens.

Gamers are powerful. Their collective voice can move mountains – for better or worse, gamers have both cost developers their jobs or made them the happiest people on the planet. So what do they do with this power? Praise devs and make them feel valued and appreciated? Put pressure on dodgy publishers who enforce unhealthy crunch culture? Donate old games to charity?

No. They moan about Sonic’s fur.

The new design for the Sonic the Hedgehog movie does look better, but was it worth the delays, the vitriol, and the hundreds of job losses? 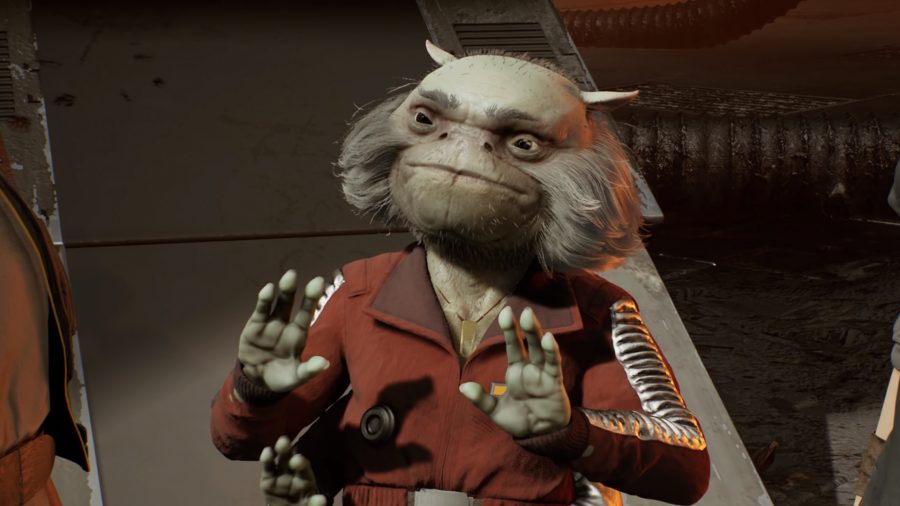 At last, E3! Gaming heaven, Christmas, and paradise arrived in the hallowed grounds of a dark, smelly convention centre in browntown LA. The biggest news to come out of this year’s convention was Microsoft announcing that: water is wet? No. The Pope is Catholic? No. Bears shit in the woods? No. It’s working on a new Xbox!

That’s right, Project Scarlett, that thing we definitely hadn’t heard of before, is real – Phil Spencer even has one in his house, the lucky boy. Invite us round, Phil, give us a game. We’ll even have the dodgy controller with the sticky buttons and missing right bumper.

Also, John Wick showed up and paid everyone a lovely compliment. He also had some news to share about that Cyberpunk game.

In other news, EA told us that, actually, they’re not loot boxes, they’re “surprise mechanics”. And, actually, I think you’ll find they’re quite ethical and definitely not immoral or sneaky at all. By the way, have you heard about how easy it is to take candy from babies? They haven’t got a clue, the stupid bastards!

I think everyone in the game industry goes on holiday in July. Too tired from E3 innit. See you in August.

August is, of course, the time of year for E Three 2: E Three Harder (formerly known as Gamescom), a time where the world’s press comes together to play all the demos they already played at E Three 1, in June – except this time with added currywurst! For those who’ve never been, Gamescom is much like any convention in that it’s overcrowded, and overpriced, but still fundamentally fun.

America, meanwhile, faced more tragedy in August as a number of mass shootings occurred. These terrible events happen with seemingly increasing frequency across the pond, which US president Donald Trump put down to social media, mental illness, and, you guessed it, videogames. Never mind the fact that the whole world has social media, mental illness, and videogames and doesn’t experience anything like the scale of gun crime in the US. Can’t be those poorly thought-through gun laws, must be games…. 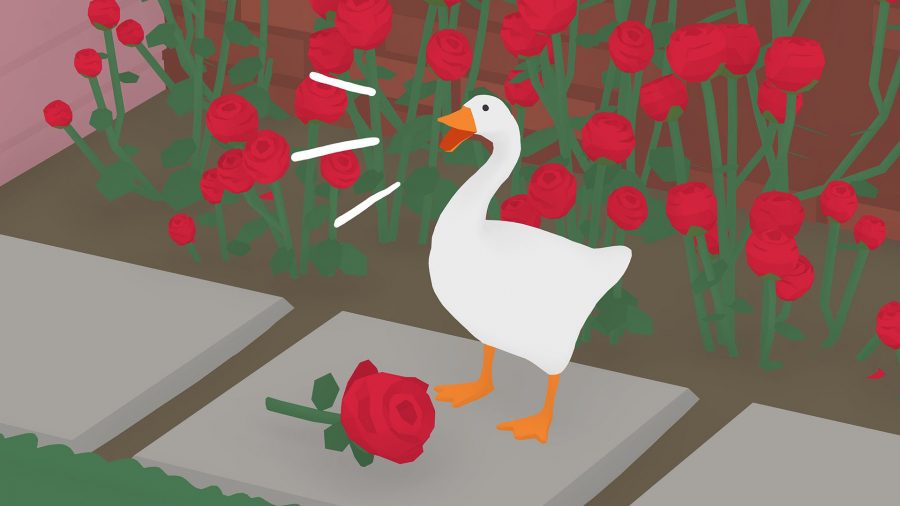 It emerged that the unnamed goose from the Untitled Goose Game chased Margaret Thatcher out of office and yep that’s enough Internet for one month.

October was the month someone at Blizzard had the bright idea of getting a shovel, right, and placing it in the ground, right, and shovelling some of the dirt beneath off to the side, right, and just carrying on until it ended up digging a hole deep enough that you could see Hong Kong – which, funnily enough, is the exact place Blizzard didn’t want to end up.

Yes, Blizzard got itself into lots of hot water by banning and fining Ng ‘Blitzchung’ Wai Chung after the Hearthstone player expressed his support for those protesting in Hong Kong against China. People then started protesting against Blizzard, causing the company to reduce Blitzchung’s ban, return his money, and apologise for the whole mix-up – before stating that, no, his ban won’t actually be overturned and no, the whole thing is nothing to do with all the money they make in China.

Guys, look, can’t we just keep politics out of games?

Blizzard headed into its annual fan festival with its reputation at an all-time low but OH LOOK DIABLO 4 AND OVERWATCH 2!

Elsewhere Google Stadia launched and fulfilled precisely none of the promises it had made over the previous eight months – including even existing, for some who’d preordered. The company failed to ship a bunch of units – yes, units, for this cloud-based console – and launched with a meagre selection of mostly old games.

Let me just check on that reveal stream from earlier – nope, still buffering. 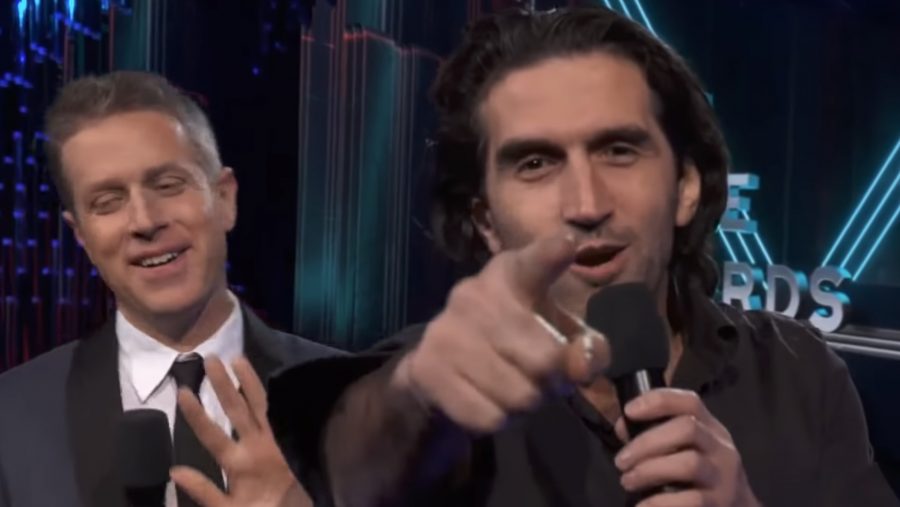 And that sort of sums up 2019 in videogames, really. It was all teasing us for next year – which, if nothing else, means I’ll get to do this again next year. Sucks to be you, readers.
…
…
…
Dragon Age.