What do we want? Free games! When do we want them? This weekend! Step up people, because that’s exactly what we have for you over the next couple of days. First up, we’re running three giveaways for you to enter, then there’s a big Ubisoft going free, plus a free demo for one of the big games of this winter season. Wanna find out more? Check out our list of recommended PC gaming for this weekend below.

Enter our giveaways to win an off-road racing game, a medieval-life sim, and a new hero-based shooter!

Yes, three giveaways for you to enter this weekend. Not bad. To put names to those descriptions in the sentence above, we have Baja: Edge of Control HD, Wild Terra Online, and The Amazing Eternals, respectively. The first two are the full games, while the third gets you into the closed beta – it’s a free-to-play game anyway.

Haven’t jumped into Ubisoft’s near-future version of New York yet? Now’s your best chance, or at least, this weekend is, at it’s completely free. You’ll need to have a Uplay account in order to take arms with your fellow civilians, so make sure you set one up. Oh, and if you want to keep playing it after the free weekend, its full price has been discounted.

You shouldn’t need to be encouraged to buy a cute fox friend but if you do, here: the money you spend on World of Warcraft’s purple fennec will go toAmerican Red Cross, International Red Cross, and Red Crescent Societies (IFRC). That money will go towards helping victims of the recent tornadoes and floods around the world. 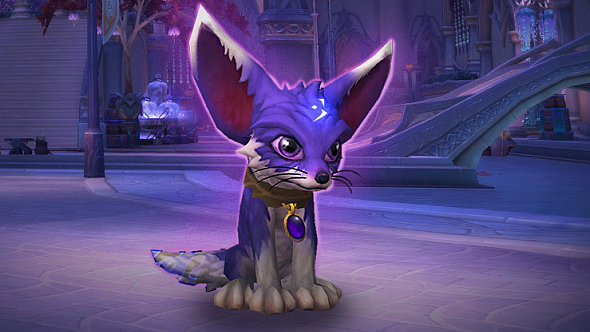 Start playing Divinity: Original Sin 2 and have the best time of your life

Ok, we don’t want you to get too excited, but… alright, we confess, you should be very excited. Divinity: Original Sin 2 is now available to buy and play. You should definitely get on that. Don’t wait. It’s one of the best games this year, easily. The article linked above will tell you why.

Space is vast and empty. That’s what we’re told. But that’s not the case in Endless Space 2. Filling the black void up even more are the new bombers and fighters that were added in this week’s update. Get back in the pilot seat and give them a whirl.

Get involved in Hearthstone’s Oktoberbrawl and get new card backs

You’re probably already getting well involved with Hearthstone’s Oktoberbrawl. But if you aren’t, and didn’t know it had kicked off, consider this your notification. Get back in the game. Oh, and if you’re a Twitch Prime member you can pick up some new card backs. Nice.

Given that Counter-Strike is all about quick reactions and pinpoint accuracy with the mouse you might imagine that it wouldn’t work in virtual reality. Well, you can find out if it does or not now, sorta. The virtual reality shooter Pavlov VR now has a bunch of Counter-Strike maps and guns for you to try out. Tell us how it goes.

Perhaps you played Prey and thought, ‘hmm, these mimics do a pretty good job of looking like real objects, but it could be better’. Well, a new ultra graphics mod is probably what you’ve been looking for. You can grab it right now to improve the visuals of the game throughout. Dead bodies floating in zero-g never looked so good.

Play the final chapter in Dishonored with Death of the Outsider

Arkane’s assassination series has come to a close. Well, it will once you’ve played through the five chapters of Death of the Outsider. You don’t need to own any of the other games in the series to play as this is a standalone game. But it would help you understand the story. In any case, read our review above for our verdict.

The football season is well under way and that means a new FIFA game is almost here. But before FIFA 18 arrives in a couple of weeks, you have the chance to download a free demo through Origin. You’ve probably already decided that you’re going to buy it but, y’know, play it early anyway. Why not?