Want to know how to respec your character in Diablo 2 Resurrected? Blizzard was very careful when remastering the iconic RPG game as many fans consider Diablo 2 to be the best in the series. Diablo 2 Resurrected brings the visuals of the 2001 smash hit up to modern standards, yet the gameplay remains almost identical to the original game.

Respec, also known as respecialisation, is the act of reallocating your skill points and stats. Diablo 2 didn’t launch with this feature; in fact, it was only added in the 1.13 patch back in 2010. In most RPGs these days, players can reset the stats and skills of their characters at will, but that isn’t the case in Diablo 2 or in the remastered version. The remaster stays true to the original game by limiting the number of times you can respec in a single playthrough.

If you pick a Diablo 2 Resurrected class and you create a suboptimal build, you need to carefully consider your decisions when you respec, as you won’t have the option to respec a second time. Give our Diablo 2 Resurrected beginner’s guide a read to discover more highly important mechanics you may not be aware of. Here’s everything you need to know about the Diablo 2 respec process.

Visit Akara after completing the Den of Evil quest

Talk to Akara in the Rogue Encampment to receive the Den of Evil quest. Upon clearing the cave filled with demons, Akara rewards you with the ability to respec. The game doesn’t warn you that this is only offered once per playthrough – you can reset this by playing on a higher difficulty level after completing the game.

We highly recommend checking out our best builds for each of the seven classes to avoid making any mistakes: Sorceress, Druid, Necromancer, Barbarian, Paladin, Assassin, and Amazon. 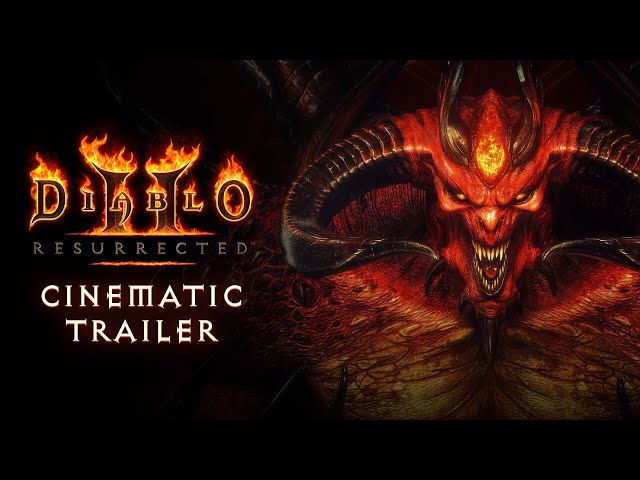 Create a Token of Absolution

There is another way to respec your character, but this process takes a lot longer. The boss at the end of each act has a chance to drop an essence – if you’re lucky enough to obtain all four essences, you can create the Token of Absolution in the Horadric Cube.

This item allows you to respec at will, however, if you’re capable of running through the game multiple times to defeat the bosses several times over, chances are you probably have a decent enough build. Nevertheless, there’s nothing wrong with trying something new. Diablo 2 Resurrected can be played with a variety of builds, though you may struggle against other players if your skills are suboptimal.

That’s all you need to respec in Diablo 2 Resurrected. Wondering what else the magical cube can craft? Read our guide on Horadric Cube recipes to see exactly what this special item is capable of. We also have a guide on Diablo 2 Resurrected runewords list which details every rune combination in the game.