Want to know the best Druid build in Diablo 2 Resurrected? The Druid is a shapeshifter Diablo 2 Resurrected class that debuted along with the Assassin in The Lords of Destruction expansion. He’s able to get in touch with his wild side, transforming into a beast to rip through enemies with his sharp claws.

While he’s not the most popular class out of the bunch, the Druid has some unique skills and abilities that are worth considering for your next run through the campaign. If you are new to the classic RPG game and want some tips on how to get started, you can check out our Diablo 2 Resurrected beginner’s guide.

Below you’ll find the best Diablo 2 Resurrected Druid build. We’ll go over the general themes of the build, which stats you should put points into and which skills you should learn. There are also tips on which hireling you should recruit and what equipment you should look out for to get the most out of this shapeshifting monster slayer.

The Fury build centres around a combination of the Werewolf and Fury skills. Your druid wants to be in his beast form as often as possible, since he gets a large boost to his stats, swiping away at enemies with his claws.

If you’ve already used Akara in this campaign run, you can use a Token of Absolution to respec instead. You can make the token in the Diablo 2 Resurrected Horadric Cube by combining the four essences dropped by the act bosses. These essences infrequently drop on Hell difficulty, so it may be faster to roll a new character. 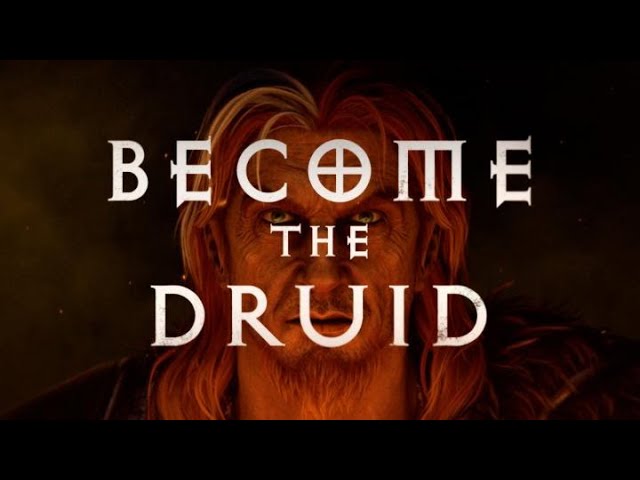 You only need to put in enough attribute points into strength and dexterity for the gear you have equipped. The rest of the points should go into vitality. Don’t worry about putting any points into energy as the Druid doesn’t use much mana for this build.

The skills are where the Fury build gets a little more complicated. Most of the skills are mandatory, however, you have two different difficult decisions to make. Your first decision is whether you max out the skill points of Heart of the Wolverine or Oak Sage. Heart of the Wolverine summons a spirit that increases the party’s damage and attack rating stats, which is great for raw damage. On the other hand, Oak Sage summons a spirit to increase your party’s health. It’s up to you whether you prioritise damage or health.

As for the second decision, you need to decide if you’re going to invest more than one point into Feral Rage, or if you instead branch off into investing points into Grizzly.

Feral Rage leeches life from enemies. This effect gets stronger as you attack, and each skill point put into Feral Rage improves damage, attack rating, velocity, and percentage of life leeched based on the damage done. If you’re comfortable with not having a monster companion, this is an excellent way to keep your survivability up.

Grizzly gives you a single grizzly bear that fights alongside you. Extra points spent here provide buffs to the bear’s base damage, increasing how often the bonus damage passive triggers. If you need another companion to soak up some damage from enemies, this is a good option too.

Here are all of the skills you need to level up for the Diablo 2 Resurrected Fury build:

If you choose Grizzly over Feral Rage: 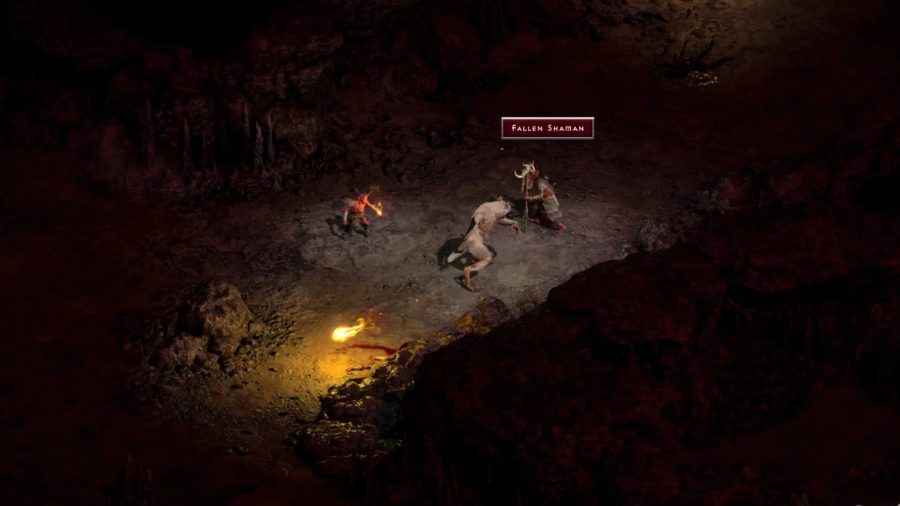 There are many different ways you can spec the Druid in Diablo 2 Resurrected, mainly concerning which gloves you should equip and how many charms you have on your character at once. First, however, there are some things we need to go over to understand how the build works.

You’ll see that some items require you to put gems or runes into their sockets. To do this, click on the gem or rune you want to put into the socket to pick it up and then click on the item with the sockets to drop the gem or rune into the item. You can’t take them out again via normal means. Still, it is possible to destroy all items in sockets by combining particular items with the socketed item in the Horadric Cube.

If the build says to create a rune word, you need to insert the runes into the item sockets of an item in a specific order to gain additional buffs or even new skills. For example, to give an item the ‘Spirit’ rune word, you need to insert the Tal, Thul, Ort, and Amn runes into the item’s sockets. If you do this, the new Spirit rune word gives your character various stat increases and bonuses to damage of multiple elements.

One key component critical to this build is that you need to equip an item with the ‘cannot be frozen’ buff, as it ensures that cold enemies can’t slow your attacking speed to a crawl. The Raven Frost ring handles this for you for the optimised version of this build, but you could also opt to attach the rune word ‘Rhyme’ (Shael and Eth) to any weapon or armour with two sockets, or the Spirit Shroud ghost armour.

Here are all the weapons and armor pieces you can equip to complete the Fury build:

Since many enemies may come at you simultaneously, your hireling is key to surviving encounters. The best hireling is the mercenary you can recruit in act two on Nightmare difficulty, and you can choose whether he has Holy Freeze or Might.

We’ve opted to have the mercenary wield Ethereal items. This grants a bonus to damage for weapons or defence for armour. It has a lower equip requirement than the regular versions and self-repairs, but it breaks permanently if the durability reaches zero. These items also sell for 25% of the regular version’s price.

You should equip the following items onto your mercenary:

You should now know all the essential equipment, stat distribution, and skills to make the best Diablo 2 Resurrected Druid build. We have more builds for a fair few of the classes, so check out our builds for the Assassin, Amazon, Sorceress, Paladin, Barbarian, and Necromancer. If you’re struggling to find the exact runes you need to create the best armour, definitely give our Diablo 2 Resurrected runewords list a read to find alternative rune combinations.