Want to find out how to complete Millicent’s questline in Elden Ring? Players first encounter Millicent in Caelid, where you find her unable to move due to her incurable case of Scarlet Rot, a dangerous substance that plagues the area. This Elden Ring quest not only rewards us with some great equipment, but we also get to save someone from dying due to a horrible disease – happy days.

Completing Millicent’s questline in Elden Ring rewards you with some of the best Elden Ring talismans in the RPG game, including the Rotten Winged Sword Insignia and Millicent’s Prosthesis. These items are crucial for some of the best Elden Ring builds as they are capable of maximising your damage output when using certain melee weapons. Millicent’s questline spans a large portion of the fantasy game, so you may need to break it down into steps as opposed to tackling it all in a single session.

If you’ve explored Caelid, you may have run into an NPC named Millicent near the Elden Ring boss Commander O’Neil. Don’t worry, you can defeat this NPC invader without affecting the quest. Here’s everything you need to complete Millicent’s questline in Elden Ring.

The first thing you need to do is find Gowry, a frail old man sitting on his own in an isolated shack in eastern Caelid. Speak to him and he will tell you about Millicent and her case of Scarlet Rot. In order to cure her, you need to find a gold needle somewhere in Caelid. The Unalloyed Gold Needle is held by Commander O’Neil who can be found in the Swamp of Aeonia.

Hand the gold needle to Gowry and he’ll give you a scrap of paper called Sellia’s Secret. This paper reveals there are three torches waiting to be lit in Sellia, Town of Sorcery. The easiest way to do this is to reach the Golden Tree and climb the closest tree branch to make your way up the buildings. Remember, you can ride Torrent while you’re in Sellia to make this journey significantly easier.

Once the torches have been lit, the barrier stopping you from reaching the Church of the Plague will disappear. Return to Gowry and he’ll give you the repaired needle back – head to the Church of the Plague to find Millicent laying on the floor in pain. Give Millicent the gold needle and speak to her multiple times until she rewards you with the Prosthesis-Wearer Heirloom. 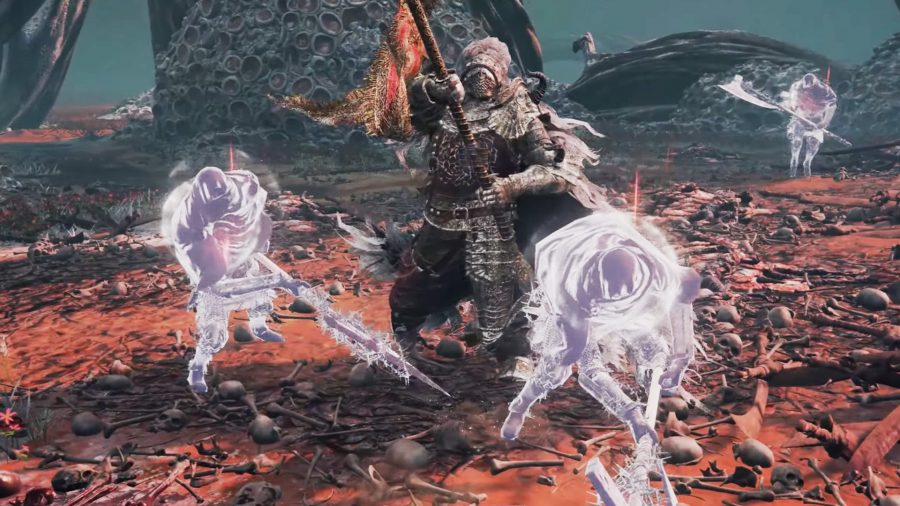 Millicent travels to Gowry’s shack to thank him for everything he has done, but he won’t be around while she visits. Speak with her again and Millicent will move onto the Altus Plateau, not too far from the Erdtree-Gazing Hill Site of Grace. Have another chat with her to find out what she plans to do, then you need to head to The Shaded Castle – it’s located in the only green area towards the northernmost region of Altus Plateau. Go through the castle until you find the Valkyrie’s Prosthesis – give this key item to Millicent to access the part of the quest.

Next up, travel to the Dominula, Windmill Village. The fastest way to get here is to use the portal located near the Forest-Spanning Greatbridge Site of Grace in Altus Plateau. Make your way up the hill until you reach the Godskin Apostle at the top, then defeat this boss to acquire the Godskin Peeler. Reload into the area to find Millicent in the same location as the boss – speak with her and she’ll move to a different location.

Go to the Ancient Snow Valley Ruins Site of Grace to find Millicent again, and exhaust her dialogue options until she heads to her final location: the Prayer Room in Elphael Brace of the Haligtree. Head through the dungeon and make sure you defeat the Ulcerated Tree Spirit. Once the boss has been defeated, reload into the area and you should find two summon signs on the ground. 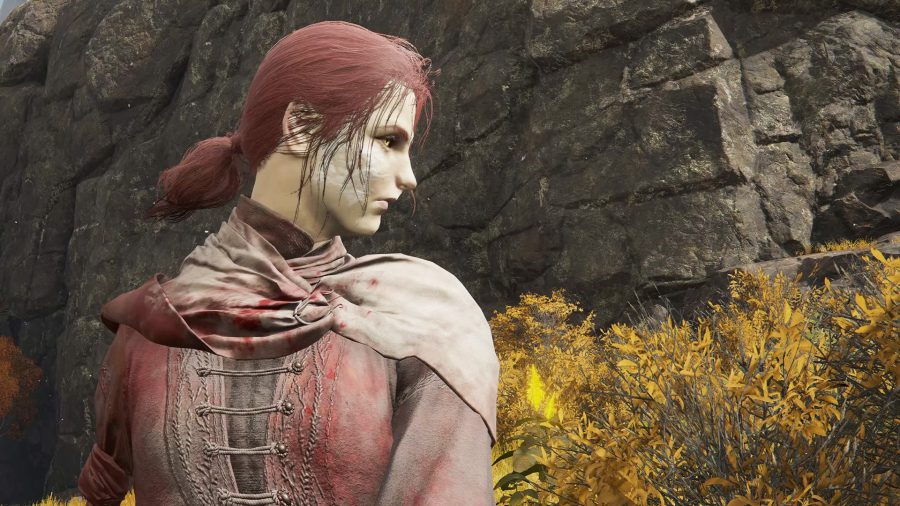 You need to think carefully about which summon sign you pick, as this determines which items you receive. By assisting Millicent, you will receive the Rotten Winged Sword Insignia and the Unalloyed Gold Needle. The needle is very important as it gives you access to a different ending if you use it later on, but this ending won’t strengthen your build. If you choose to assist Millicent’s Sisters, you will earn Millicent’s Prosthesis.

Prior to patch 1.03, players could obtain all the quest items by helping Millicent and killing her after assisting in the fight. You could bring her back to life by performing an Absolution at the Church of Vows, but this is no longer possible unless you haven’t updated your game yet. The only way to obtain both items now is to complete the quest a second time in New Game Plus.

That’s everything you need to complete Millicent’s questline in Elden Ring. Getting through this entire quest can be difficult, so we recommend stocking up on the best Elden Ring staffs if you happen to play a magic build. If not, we have a list of the best Elden Ring weapon arts for those of you who prefer to smash their enemies to pieces. Finally, use our best Elden Ring summons guide to find out where to acquire powerful spirit ashes.