Want to know where to deploy pallets with cat food in Fortnite? It’s finally time to put an end to the alien invasion once and for all. Your missions this week start with opening the mission kit and placing a jammer outside an IO base, before dropping some secret documents at certain bus stops on the Fortnite map. Then you will talk to either Joey, Sunny, or Dreamflower – one of the Fortnite NPCs, and leave an IO car at an alien settlement.

After all of that, it’s time to tempt the aliens with some tasty cat food. According to Joey, the aliens love cat food, so it seems that the plan is to lure the invaders to the IO base in Corny Complex. Hopefully, the mole doesn’t cotton on to our scheme and warn the extraterrestrials away.

There are three possible locations where you can leave the cat food pallets, but you only need to leave two behind to complete the challenge. We’ll show you where to deploy the pallets with cat food in the IO base in Fortnite, in order to finish this week’s legendary challenges.

All three of the Fortnite cat food pallet locations are in Corny Complex. We know how annoying it can be to keep opening the in-game map, so we’ve created our own version complete with pins pointing to the specific locations you need to go to. You’re looking for a blue outline of a box with a platform underneath – activate it to leave behind a pallet of cat food. 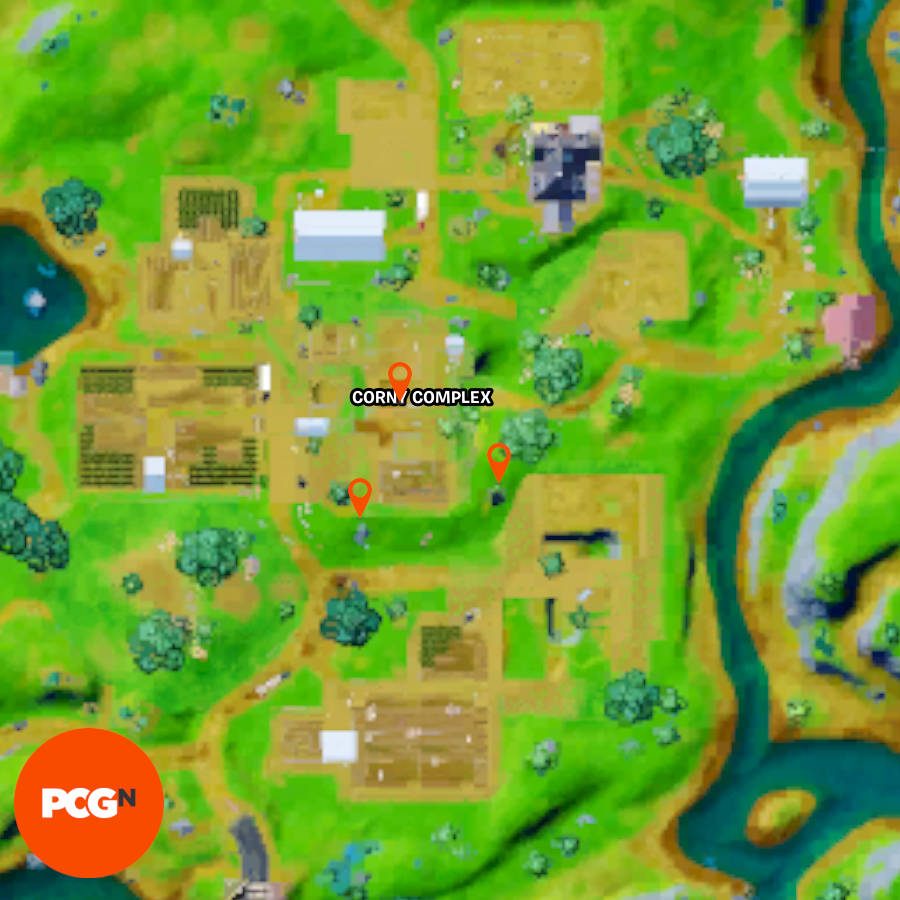 Here are all of the places where you can deploy pallets with cat food in Fortnite:

With that, you should now know all of the locations where you can deploy pallets of cat food near the IO base in Fortnite. Finishing these legendary quests helps unlock all of the Fortnite skins for the current season. You don’t have a lot of time left until Fortnite Chapter 2 Season 8 begins in September. This means that, in addition to completing quests, you should seek out the rest of the Fortnite alien artifacts or team up with friends to open Fortnite cosmic chests to grab those last few Kymera skin styles.