Looking for the best Genshin Impact Itto build? Arataki Itto is a part-oni Geo claymore character, and he’s the leader of the Arataki gang in Inazuma. While he may look somewhat uncouth, he’s actually just mischievous, with a heart of gold underneath his fancy cropped coat.

If you plan to pull for Arataki Itto, you may be preparing to acquire the best artifacts and weapons for him, and making plans on how he will fit into your party. Here’s the best Genshin Impact Itto build, and the best team composition, you can also check out all the Genshin Impact Itto abilities. 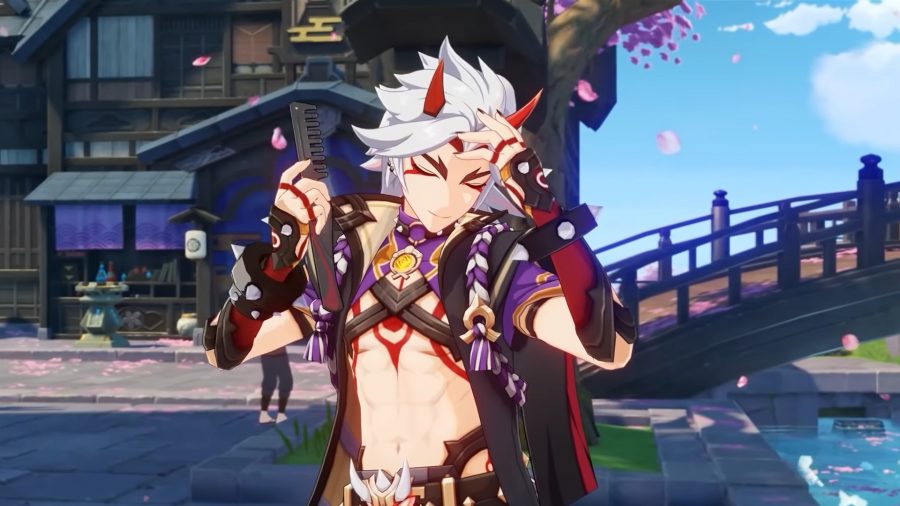 The best claymore for Itto to smack people with is the new Redthorn Stonethresher five-star weapon, which provides crit damage, increases Itto’s defense by 28%, and increases his normal and charged attack damage by 40% of his defense. It’s the perfect fit for Itto, but if you’re not able to obtain it, the Serpent Spine is a good secondary choice as it boosts crit rate and increases Itto’s damage by 6% for every four seconds he’s on the field, although it does cause him to take 3% more damage in return.

If you’re looking for a more obtainable weapon, Whiteblind is another strong candidate, as it increases Itto’s attack and defense by 6% for six seconds every time he hits a normal or charged attack. This effect can stack up to four times.

The best artifacts for Itto boost his defense, Geo damage, and crit rate or crit damage. The upcoming Husk of Opulent Dreams is tailor-made for him, granting Itto a defense bonus and providing him with a 6% defense buff and 6% Geo damage bonus every time he hits an enemy with a Geo attack. This effect can stack up to four times.

If your team has a good shield uptime, the Retracing Bolide four-set is also a viable choice for Itto, as it grants him an additional 40% normal and charged attack damage while protected by a shield. 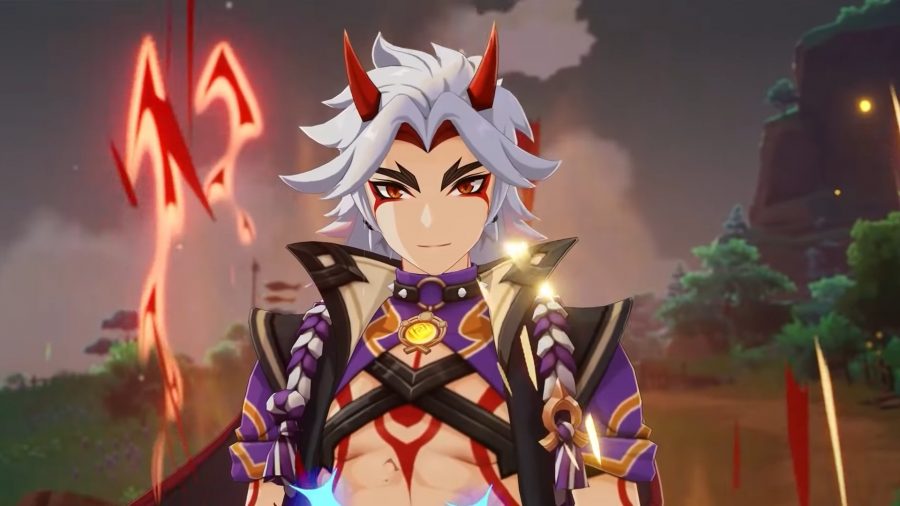 We expect Itto to fit well into any Geo team. He’s ideally supported by his bannermate Gorou; if you have both Gorou and Itto in your team, you should run at least one more Geo character to get the most out of Gorou’s buffs.

He would be an excellent teammate for Ningguang or Albedo; Zhongli is another good option. You could complete the team with another Geo character, or with Bennett for his buffs. If you don’t have these characters, you will need a sub DPS to provide damage off-field – we recommend Raiden Shogun, Xingqiu, or C2 Ganyu.

That’s everything you need to put together the best Arataki Itto build – keep an eye out for new Genshin Impact codes for those all-important primogems.