Want to know what you can do in Outriders expeditions? Looter shooters like Outriders have plenty of endgame stuff to play after the main campaign is over, most notably the expeditions mode. This currently has around 14 missions, separated by challenge tiers, and offers the best possible loot in the game. We’re talking the best legendary weapons and best legendary armor; you know, the stuff people really want in looter shooters.

But it’s not just as simple as hopping into a game and expecting to play through missions constantly to get the best loot. Well, it kinda is, but it’s a little more complicated than that. Certain expeditions aren’t available from the get-go, while others are constantly on rotation to keep things feeling fresh. You’ll also get more loot the quicker you complete them.

This guide will go over everything you need to know about Outriders expeditions: from the 14 expedition missions and what to expect from them, to an explanation of how challenge tiers work compared to Outriders world tiers.

Expeditions are missions that aren’t procedurally generated and take place in different locations to anywhere in the main game. These are represented by points of interest that appear throughout the world, each one containing resources that you can unlock more powerful items with.

Completing these expeditions quickly also has an effect on how quickly you rise through the challenge tier rank. If you complete each expedition you participate in quickly, you’ll be rewarded with three tiers at gold, two tiers at silver, and one tier at bronze ranks respectively.

Currently, there are 14 expeditions in the game. Most of the expeditions available are not selectable from the start, with the game offering a selection of three at a time to complete out of a pool of ten. In addition to these ten missions, there are four expeditions that are locked behind challenge tiers. Once unlocked, you can play any of these four expeditions at any time. 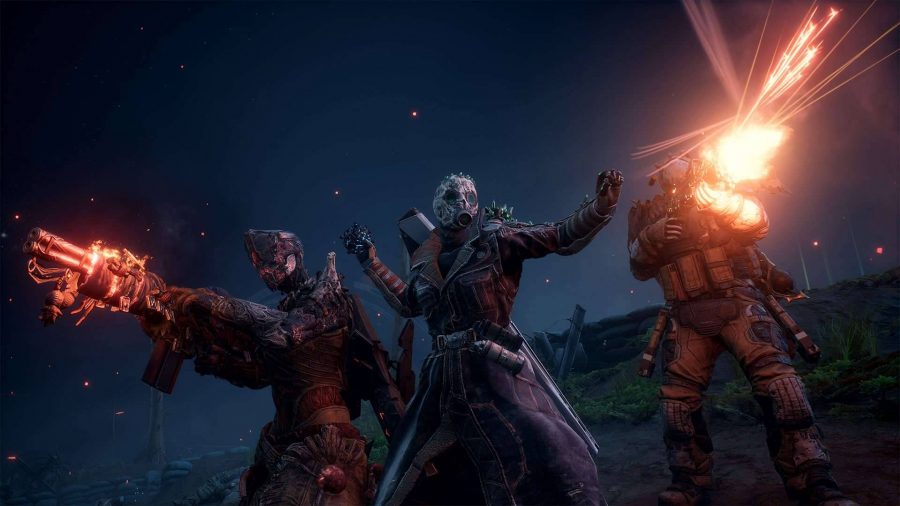 The full list of Outriders expeditions on rotation is as follows:

How to unlock Outriders expeditions with challenge tiers

These are the challenge tier levels you need to reach to unlock the last four expeditions:

Here is a list of all of the Outriders expedition times it takes to achieve each rank, and the rarity of the loot you can unlock:

That’s everything we know about Outriders expeditions so far. To get far in the endgame, you’ll want to check out our guides to the best Outriders builds for the Trickster, Pyromancer, Technomancer, and Devastator classes. Each one of those builds guides now has a dedicated best build that aims to clear the hardest tier of expeditions at gold rank, so do be sure to check them out.

Aside from that, if you’re in need of precious resources for Outriders crafting, our guide on how to get titanium in Outriders will be of assistance, and don’t forget to slap on the best Outriders mods to further augment your builds.