Looking for games like Borderlands? Whether you were disappointed by the latest Borderlands entry or you’ve exhausted every area of Pandora and have completed all the DLC – maybe you’ve collected over one billion guns and you’ve reached peak looter and need a new challenge?

Borderlands is adored for many reasons, whether that’s as a safe space to lay waste to baddies with buddies online or as an addictive looter which has us up until the early hours saying “just one more chest”. But Borderlands isn’t the only series with a bonkers story that asks players to team up and grind for skill points to max out their favourite builds. Sure, not every series can promise a cel-shaded circus of lunacy on the same scale as Pandora’s wastelands, but there are some great alternatives out there. 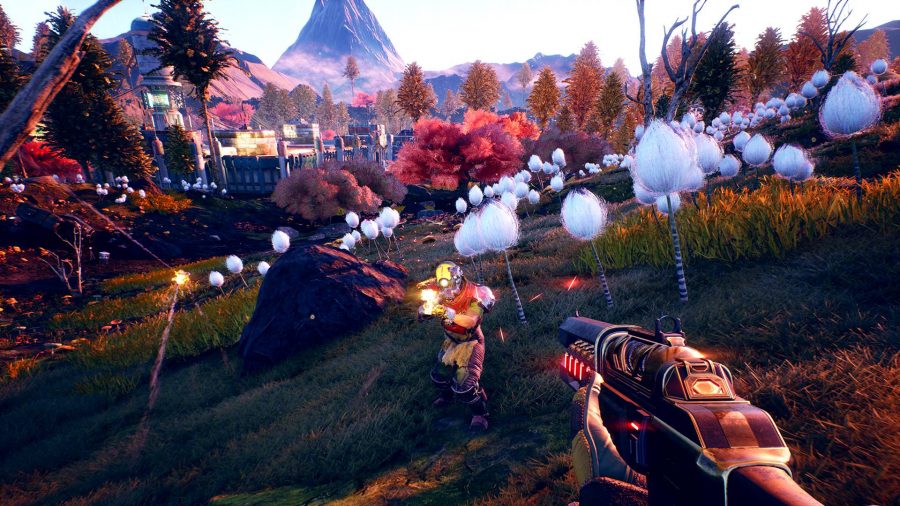 If you’re a fan of Borderlands 3’s planet hopping, The Outer Worlds is a first-person RPG game, with a sense of humour as light as the froth on your coffee. Across its 20-hour main story you’ll hop between various space ports on two different planets – encountering hostile aliens, mutated creatures, and die-hard capitalists.

Borderlands fans will take comfort in the colourful aesthetic and bountiful loot, especially in The Outer Worlds’ showcase of science weapons, ranging from standard lasers to shrink rays, and the arsenal of old-fashioned rifles and revolvers – think Jakobs. So while you can talk, sneak, or hack your way through many encounters, rest assured you can still expect a lot of shooting and a lot of looting, with memorable companions to boot. 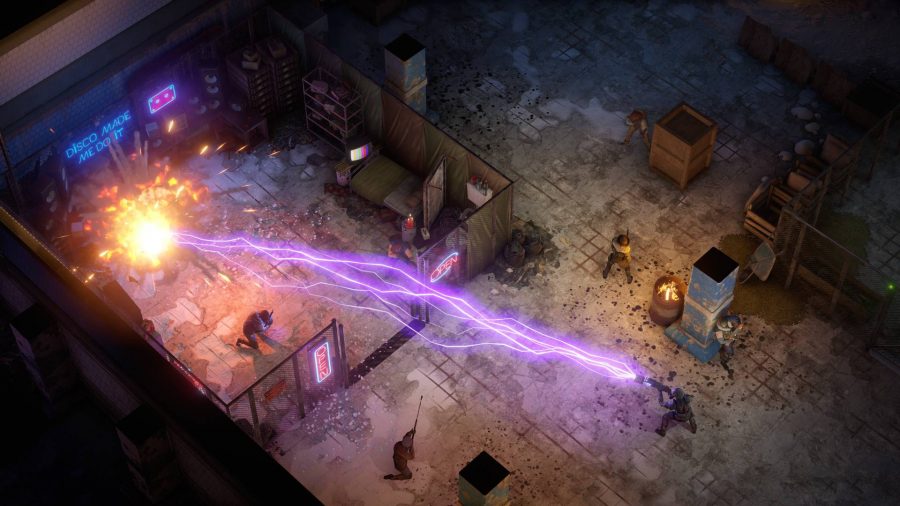 If you’re looking for all the blood, guts, and gore from Borderlands – plus some of the apocalypse-related chaos – then Wasteland 3 kicks it up a notch, with its own cultist fodder to slay. Instead of simply holding down the left mouse button and watching health bars deplete, however, you need to be calm and calculated in this turn-based strategy game. Don’t worry, though, there’s plenty of loot and an extensive RPG system, with a roster of characters to tinker with and a squad to make your own.

Wasteland 3 adopts the same audacious humour, but on a slightly, er, more adult level. This is an apocalypse game that doesn’t show mercy in both its cutthroat wit and harsh environment, but there’s a lot to love if you’re a Borderlands fan. 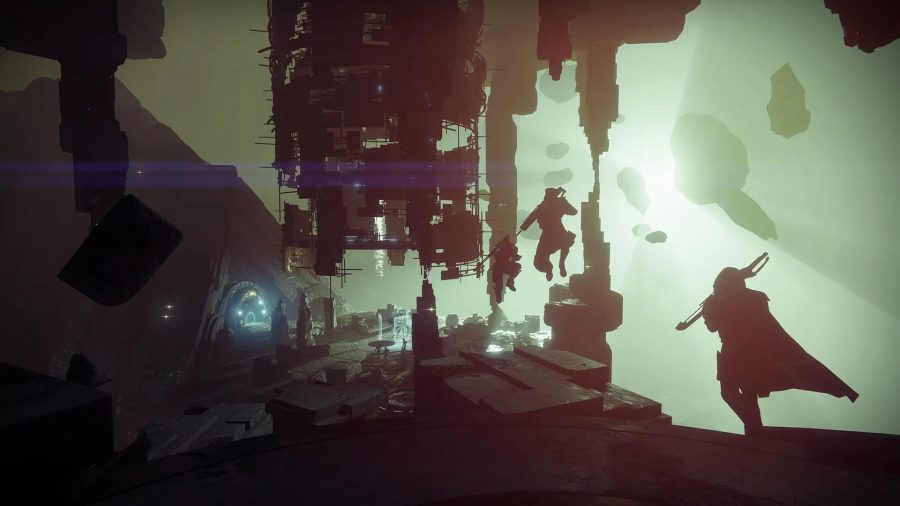 Bungie’s space shooter landed with a mellow thump, but since its initial launch, content has been pumped into this spacefaring looter-shooter to create a game that’s unrecognisable from its launch day version. Planet hopping with friends and bathing in puddles of loot are the main attractions in Bungie’s massive multiplayer first-person shooter, and it has a very similar formula to Borderlands 3’s co-op, as you jump in with buddies to complete missions and raids, shoot aliens, and sniff out powerful loot.

What you won’t find in Destiny 2, is the colourful artstyle, erratic characters, and bolshie humour – but if you want to romp through space, blasting aliens with friends then Destiny 2’s open-world scope and multiplayer option is the way to go. 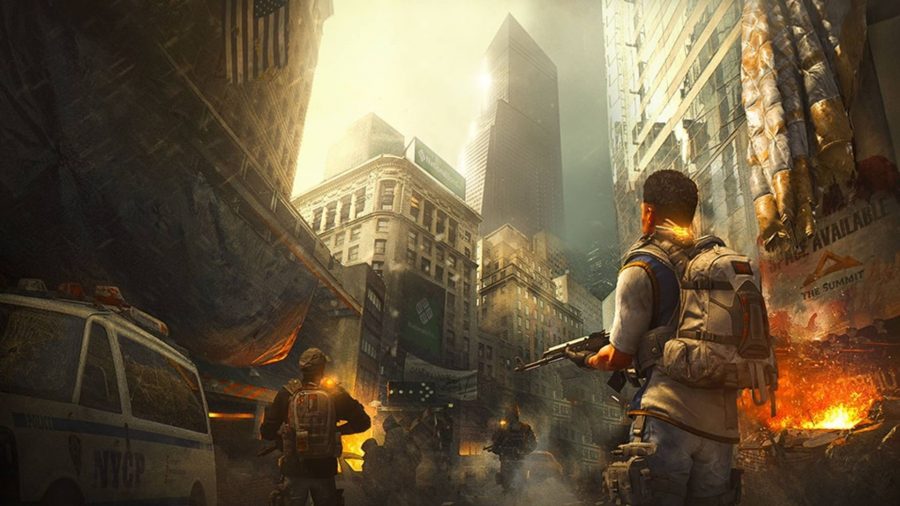 On the other end of the humour-scale – as in it has absolutely none of it – is The Division 2, another co-op looter-shooter that takes teamwork very seriously. There’s a lot of loot to be had if you’re willing to venture far enough into the dreaded Dark Zone and take on other players and enemy AI.

You won’t find any Skags or Spiderants in the post-apocalyptic Washington setting, but it isn’t without its marauding outlaws. The military-style co-op shooter sees you team up with friends online to complete PvE activities as well as raids, all while taking out scavengers and looters. Sure it’s po-faced, but if you adore Borderlands because you like crafting increasingly overpowered character builds and picking up shiny new Division 2 Exotics, then Division 2 has those traits in spades. 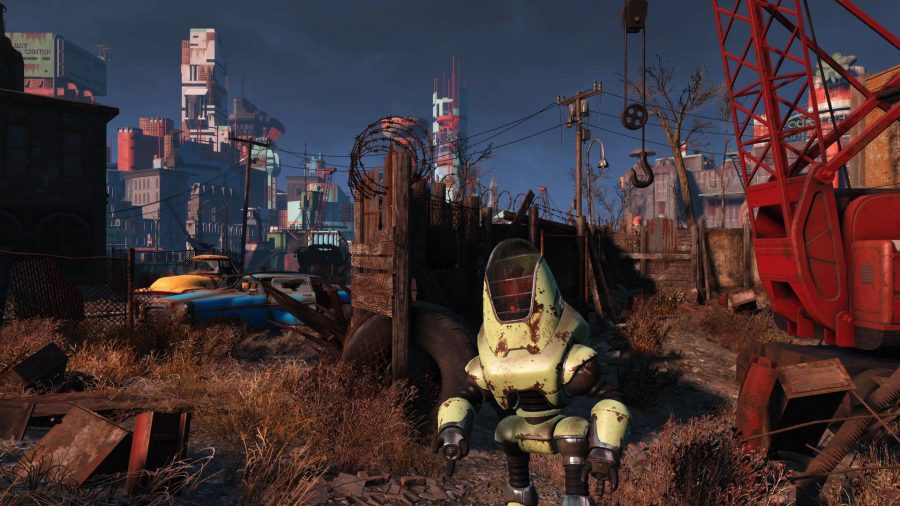 If you want a game like Borderlands that you don’t have to play with friends, Fallout 4’s apocalyptic setting is as lonely as it gets, apart from your four-legged friend as company and the friends/foes/forced acquaintances you make along the way.

In fact, we’d go as far as to say Fallout 4 is a better solo game than Borderlands 3, and it still has the expansive dusty plains scattered with heaps of rubble and mutated enemies to gun down. Instead of just shooting and looting, you do need to acquire resources and build a base to survive, but don’t worry there’s still a lot of exploration to undertake and the thrill of finding loot. The weapons aren’t quite as wacky, but there are some truly inventive firearms to be plucked from a raider’s cold, dead hands. 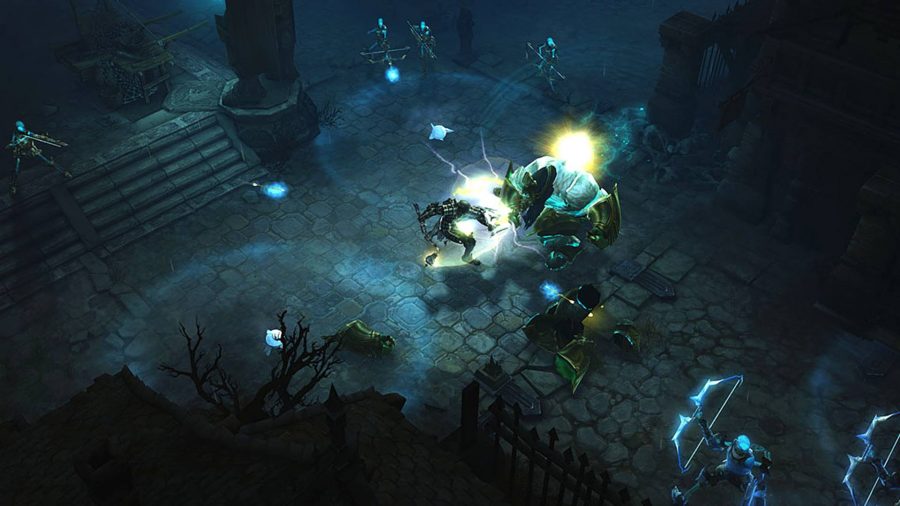 Diable 3 is top-down hack ‘n slash gaming at its finest and one of the most widely talked about and best RPG games there is. Although its story leaves much to be desired, it’s not as if Borderlands 3’s narrative went down overly well with fans either, so that’s at least one thing they have in common.

Story aside, Diablo 3 is a great looter crammed with enemies for the killing and many NPCs to buy and sell new gear from. With a rich RPG system and deep skill trees to go spelunking through over the course of multiple campaign playthroughs, if you love Borderlands for the brainless shooting and discovering new enemies and areas with friends then Diablo 3’s co-op offers many of the same thrills and spills. You can also keep an eye on the Diablo 4 release date. 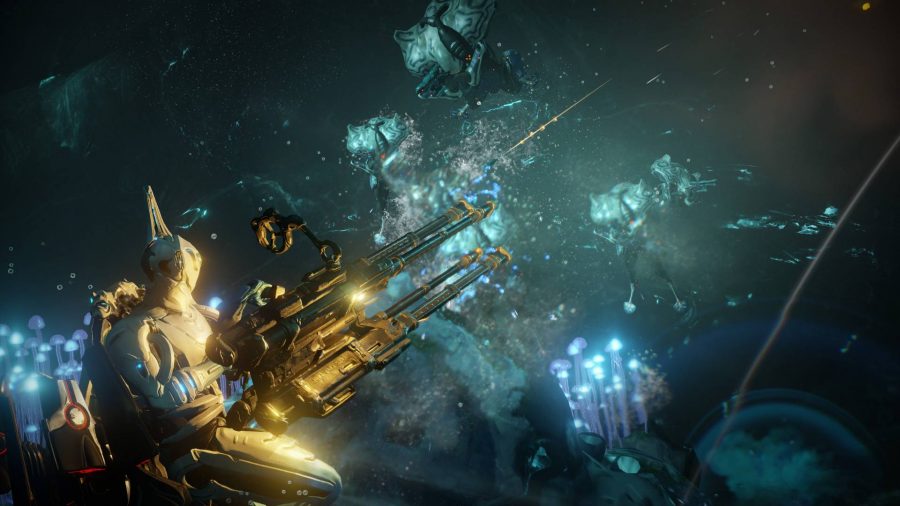 Warframe may be one of the best free PC games with content that stretches as far and wide as its many planets, and you can invite up to three friends to team up and explore the lot. Of course, there’s plenty of looting, but instead of picking up legendary guns you’ll be hoovering up resources to craft powerful loot back in your ship. Instead of Borderlands character classes, Warframes titular frames are what you’ll be choosing between when it comes to establishing your favourite playing style, but there are still thousands of potential Warframe builds if you love crafting the perfect setup.

This space behemoth receives regular updates and expansions, adding to the roster of playable frames, whole new regions and planets to explore, and fine-tuning old content. It’s a game that gets a lot of love from both the developers and the players that have racked up many, many hours in one of the best open-world games. 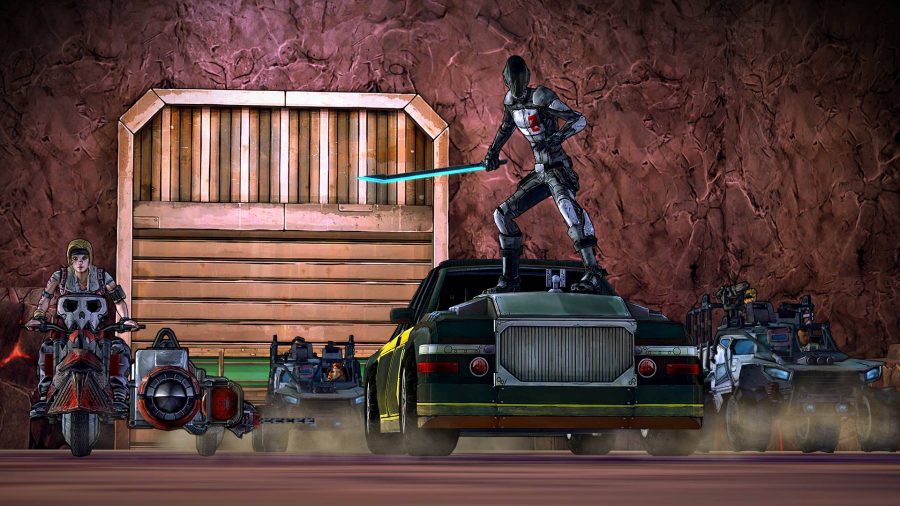 Tales of the Borderlands

Okay, it’s not a game like Borderlands, because it is Borderlands – but not as you know it. For anyone unfamiliar with Telltale Games, this episodic story unfolds through less shooty-bang-bang and more dialogue choices as you kick off from the events of Borderlands 2. The tale centers around Rhys, a Handsome Jack wannabe, and his dreams of making it as a big time Hyperion villain on Pandora.

Still sharing the same cel-shaded scenery as the rest of the series, but instead of looting and shooting, you’ll be gallivanting around Pandora, talking your way in or out of sticky situations and jabbing keys in quick-time events to get out of a jam. If you’re looking for more heart and narrative but with the same zany characters, bloody bandits, and barren landscapes – Tales of Borderlands is still very much a Borderlands game, complete with familiar faces and brash, unadulterated humour.

Although these are the best game like Borderlands, there’s still a bunch of other co-op games on PC to jump into with friends, and FPS games with plenty of guns and gear to loot.