What’s the first thing you think of when you read the words ‘Cyberpunk 2077’? Let me hazard a guess: I’m pretty sure it’s not blasting down one of Night City’s main thoroughfares atop a futuristic Arch motorcycle with Run The Jewels thumping in your ears. It’s probably not helping the roguish Panam Palmer reunite the Aldecaldo clan. My bet is that your first thoughts about CD Projekt Red’s latest open-world game are about bugs and memes.

Since its troubled launch, Cyberpunk 2077 has been the butt of countless viral jokes – the latest has involved the subreddit flooding with riffs on developer CD Projekt Red’s own #CyberpunkInNumbers hashtag. While CD Projekt was sharing figures like “13,000,000,000 enemies defeated,” redditors were shooting back with meme versions about how many players had crashed into buildings due to not being able to see an upcoming turn on the minimap.

By the time Cyberpunk 2077 launched in December 2020, expectations had reached ludicrous levels. CD Projekt had been running a full court publicity press since Keanu Reeves’ appearance at E3 the year before, and the product the publisher ultimately delivered turned out to be completely unprepared for its big moment in the spotlight. What might have been the biggest hype train in gaming history crashed hard into the ravine floor of multiple game-breaking bugs, severe performance problems (especially on last-gen consoles), and undercooked gameplay mechanics.

But what if things had happened a bit differently? What if Cyberpunk 2077 came out now, after months more development work, and perhaps most crucially, in the absence of an inescapable and relentless marketing push? 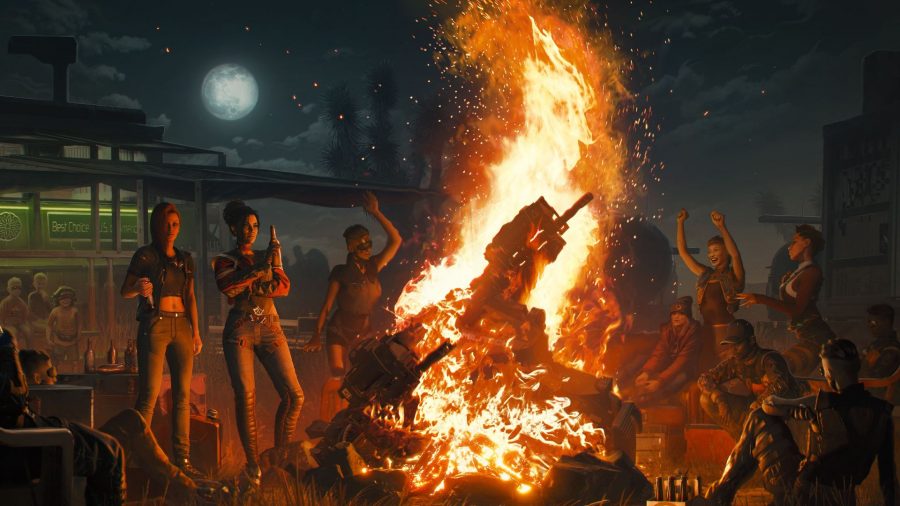 Here’s the thing: Cyberpunk 2077 is pretty good. After eight months of updates, its performance on mid-range PCs has improved, and many of the little slips that spoiled the illusion of a big futuristic open world have been tucked back behind the curtain. All told, these have been relatively minor adjustments from the point of view of the end user, but they’ve made what was already an impressive and complex RPG easier for more people to play.

the talk that wound up happening about Cyberpunk was boring

Flaws still abound, but think back on some of the most legendary games that have come to PC: plenty of them have had countless bugs. We’re still finding fun Skyrim mods to write about every week, but when it came out nearly a decade ago, a smack from a giant’s club could turn you into Tamriel’s own Jeff Bezos, hurtling to the edge of the atmosphere for reasons no one is entirely sure about.

Fallout: New Vegas, often cited as the series’ best title, had characters whose heads spun around and save files that corrupted when it launched. Total War: Rome 2 was a poorly optimised mess with an AI incapable of using siege weapons when it came out, and it’s now taken its place as one of the best Total War games ever. 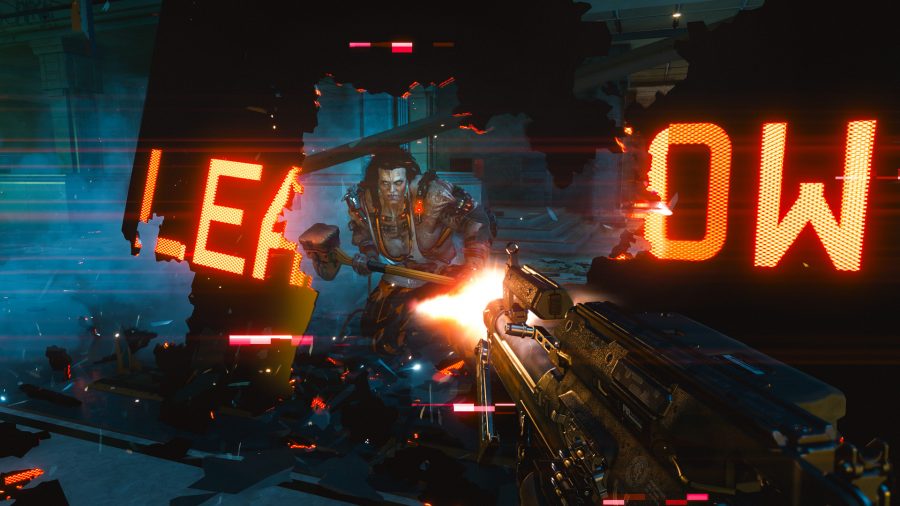 I’m not saying that Cyberpunk 2077 stands shoulder to shoulder with Skyrim or Fallout: New Vegas, but a game doesn’t need to be polished on day one in order to be considered good – particularly on PC, where we’re a bit more accustomed to things not working perfectly all the time.

Check it out: You can buy Cyberpunk 2077 here

However, with the gigantic worldwide release of Cyberpunk 2077 as it happened, any discussion of PC players enjoying the game was drowned out by console players quite rightly complaining about the frustrations they encountered with those versions of the game. Worse still, it quickly came to light that CD Projekt Red had only distributed PC codes to reviewers, even if they were producing reviews for console audiences. PlayStation and Xbox players, who in many cases had pre-ordered Cyberpunk 2077 after being offered a wide range of bonus merchandise, justifiably felt betrayed, and they let that be known.

Here’s a little idea I’ve been working on, which I’m provisionally calling ‘Ian’s Theory of Good and Bad Things’. When the first three or four things that come to mind when you think of something are positive then you’ve got a Good Thing on your hands, and when you talk about it, you talk about the things that make it good. Conversely, if what comes to mind are negative things, the thing is bad, and what matters about it to you are the things that make it bad. Revolutionary stuff, truly. 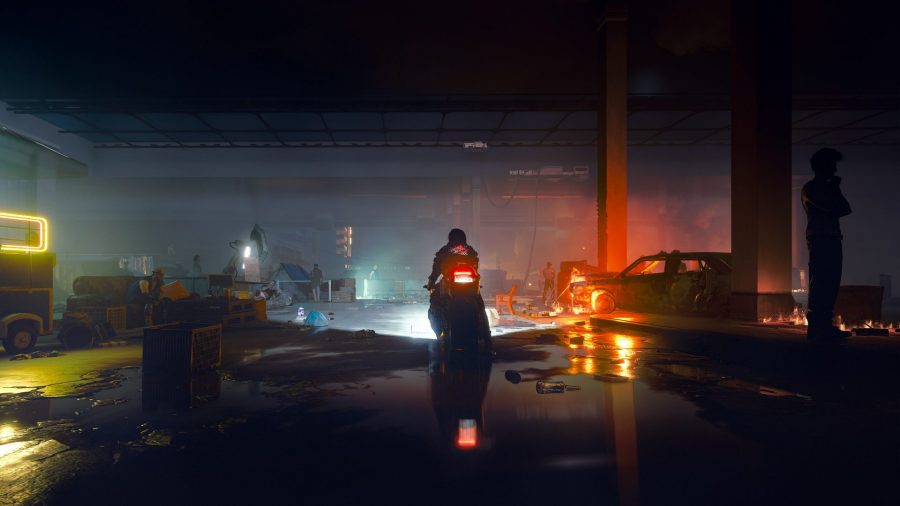 Having reviewed both good and bad games, my sense is that the rest of the feelings you experience about a thing are largely dictated by those first impressions. Whether you’re having fun or are annoyed by your first experience with something tends to determine the way you look at the rest of whatever it is you’re reading, watching, or playing. Nobody makes a list of pros and cons when playing a game, tallying up the results to determine how they feel about the experience. We form our feelings about a game within the first hours of play, after which we start coming up with lists that validate that feeling.

Here’s how I think that played out in the case of Cyberpunk 2077. Reviewers played the PC version and largely had a good time, bugs notwithstanding. Most gave Cyberpunk 2077 fairly high scores. That wasn’t because they didn’t notice the technical problems – in our Cyberpunk 2077 review, for example, Rich points out the save file corruption issue, quest progression blockers, and objects that float in the air inappropriately. He awarded it a nine all the same, because those bugs just weren’t what mattered most about the game to him.

So when release day arrived and the fatally flawed console version of Cyberpunk 2077 appeared, the ratio flipped. Interesting characters and an amazing city to explore were no longer among the most salient aspects of the game – for hundreds of thousands of console players, those were swept to the side by the much more immediate anger over feeling ripped off. When your initial feeling about a game is that you’ve been conned, or that it’s disappointing, the relevant features are the ones that help explain that feeling: pedestrians materialising out of thin air, miserable performance, a bad minimap. 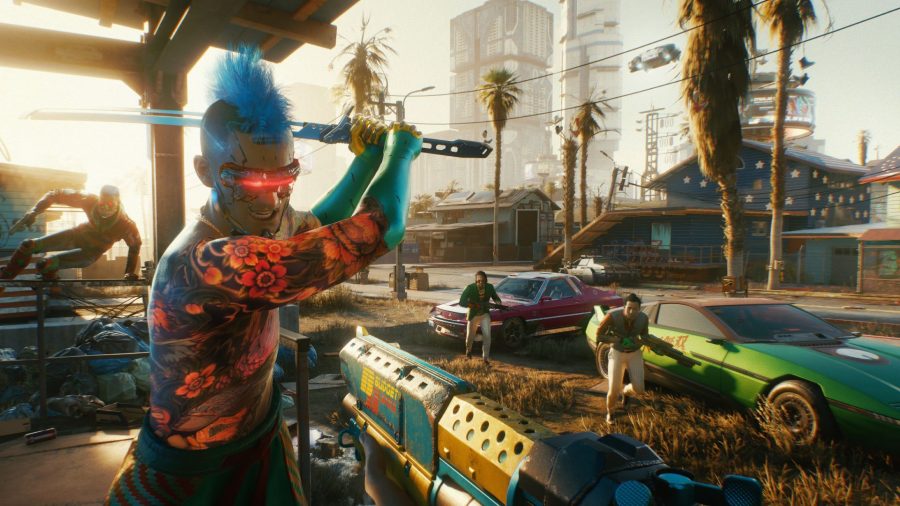 If Cyberpunk 2077 launched today – with the patches, without the wall-to-wall media blitz – that first impression may have been completely different. Given eight more months of work on the console port and QA testing for the core game, it’s not hard to imagine that feeling of betrayal being absent, or at least somewhat muted. Instead, players’ first reaction might have been one of excitement, discovery, or even awe. Had more people started from that point, even Cyberpunk 2077’s remaining issues might have been broadly overlooked – and at the very least, its current meme status as a symbol of hubris and failure might have been avoided.

Total War: Rome 2 was a poorly optimised mess with an AI incapable of using siege weapons when it came out

It’s not that I want people to like Cyberpunk 2077 – although I do think it’s worthy of another chance. My issue is that the discussion that wound up happening about Cyberpunk was such a boring one.

Cyberpunk 2077 has so many elements that warrant further exploration. What does Cyberpunk 2077 have to say about sex work? What role does the Night City Police Department play in this world? What is it saying about our relationship to our own bodies, and to others’? Is this a glamorous portrayal of a future we want to see, or a warning about one we should avoid? Does Cyberpunk the videogame meaningfully grapple with the ravages of late-stage capitalism the way Cyberpunk the tabletop game does? 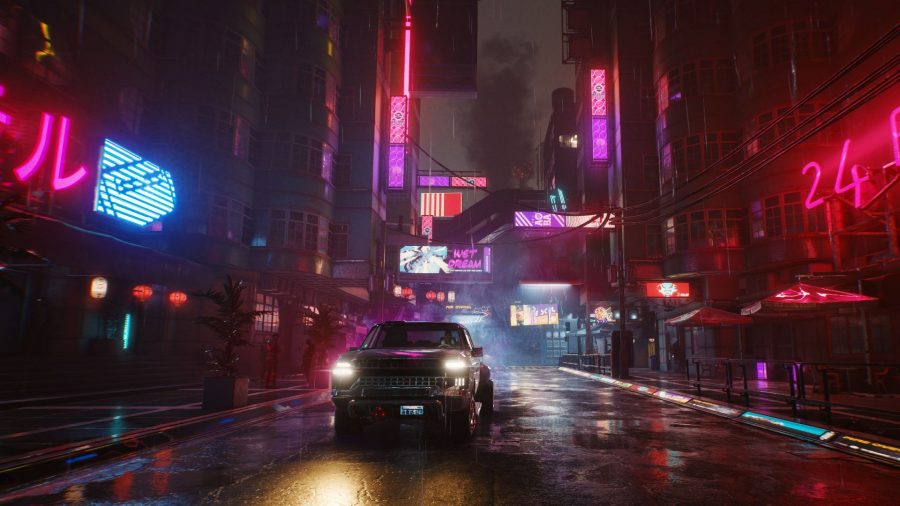 These questions are the beginnings of discussions that are far more interesting than whether or not 60fps is achievable on an RTX 2070 graphics card. There are tucked-away places where these conversations are happening, but I’d love to see them take a more prominent place. Perhaps with a little more time, players will be ready to give Cyberpunk 2077 another chance.

“I just want the world to know that I was here, that I mattered,” a vulnerable V admits to Skye during their encounter at Clouds. Maybe one day, they will.

‘What if?’ is PCGamesN’s new regular feature series. Check back every Saturday for more hypotheticals, from thoughtful speculation about actually-plausible industry developments, to dream crossovers, to nonsense like Half-Life 3 happening. And if all of this has left you keen to check out Night City, then you can buy it via Humble here.