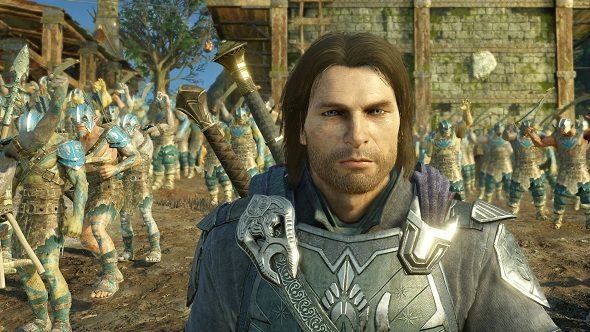 It’s that time again. Yesterday, the PC Gaming show took centre stage at E3, so it’s time for us to round up all the things you need to know from this most important of conferences.

Here’s the schedule for all the E3 conferences if you want to stay up to date.

Been wondering whereBattletech has been? Harebrained gave gamers a little update, focusing on the single-player, story-led nature of the game. There will be a home base to concoct your best battle plans, and a ship to guide between every mission, from the mundane to the extraordinary. The bigger the risk, the higher your reward. We’ve got all the details.

Klei announced their brand new IP: Griftlands, a cute sci-fi RPG designed in their unique comic-book style. The game is based on you negotiating your way to the top – that’s negotiating money but also loyalty and morality. Expect this game to arrive late 2017 / early 2018.

Following the release date reveal, Total War: Warhammer 2 made an appearance with a flashy new trailer showing off its Quest Battles. On display is an epic battle called The Battle of The Fallen Gates – part of the new feature. A clash between the High Elves and Lizardmen sounds good enough, but you know, there’s dinosaurs too.

If you’re someone who likes games with the cute factor, look no further than Tunic. This adorable action-RPG featuring an adorable fox is still a bit of a mystery, but the trailer will melt your heart. If it doesn’t, you don’t have one – fact.

Forza Motorsport 7 will feature new Porsche 911 GT2 RS. They’ve struck a six-year deal with the car manufacturer to replace Lamborghini as the series’ main manufacturer. Specific to PC, the game will support a variety of USB peripherals, and there’s a real effort to make sure that a wide range of rigs can support the game.

PlayerUnknown stepped up and gave us all some updates on PUBG. There will be stability improvements and better server performance, and there’s even talk of allowing players to climb.Jumping clumsily against walls will be a thing of the past.

Bohemia have gone off the beaten track with their upcoming sandbox game: Ylands, which they revealed with a new trailer. It’s challenging Minecraft with its crafting and building, but in addition to that, we’re getting a bunch of activities to do with friends. It’s a departure from their usual stuff but we trust them to pull it off.

Rare’s pseudo-MMO pirate game Sea of Thieves will support 4K resolution on PC That means, yes, your treasure-hunting experience can be in the highest of definitions. Ted Timmins from Microsoft was available to share the details on the PC version of the game.

An open beta for Lawbreakers will land on June 30, with final release being August 8 – plenty of time in between those dates to hone your abilities. Until then, we’ve got an awesome trailershowing off what the game is really about.

Developer Chucklefish showed off Wargroove, revealing that it will have 12 solid campaigns along with an editor so you can create your own maps and campaigns. It’s quick work, too. The demonstration for the feature took just a few minutes.

Middle Earth: Shadow of War got another new trailer, giving us a look into the game’s storyline and introducing us to the Blade of Gladriel. This Middle-earth epic looks to be huge in scale and will be with us soon enough.

It’s Age of Empires‘ 20th anniversary and that means a lot of presents. Definitive Edition enhances the classic version, adding in a whole host of modern features like a 4K textures, remastered soundtrack, and a hugely improved AI. They’ve gone all-out.

XCOM 2: The War of the Chosen

Mount and Blade II: Bannerlordhas another trailer, showing action-packed gameplay with masses of people embroiled in a viscious battle. Taleworlds have a lot to say about the combat features coming to the game. There’s no release date yet, but we’re being showered with enough teasers to keep us occupied.

Developers ofKilling Floor 2announced Summer Sideshow, a free update to give you all the excessive gore you could ever need. The update lands today.

There were plenty of announcements, a couple of new releases, and some DLC news – and trailers, so many trailers. It’s shaping up to be a good year for PC gamers.