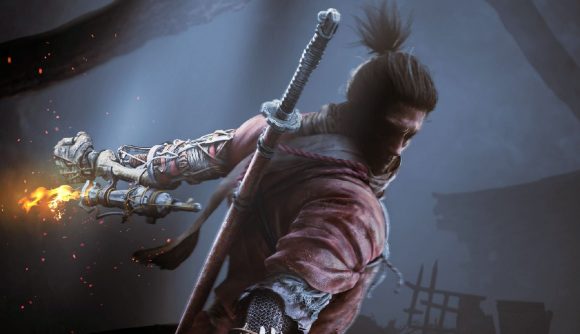 Valve has revealed the winners of 2019’s Steam Awards, and From Software’s Sekiro: Shadows Die Twice has walked away with the Game of the Year honors. Sekiro beat out Resident Evil 2, Star Wars Jedi: Fallen Order, Destiny 2, and Devil May Cry 5 in voting for the title.

This award isn’t a huge surprise – Sekiro did chart well in our own Games of the Year editorial polling as well, taking third place on our list. But some of Steam’s other awards are perhaps a bit puzzling. Let’s run through them, shall we?

VR Game of the Year was awarded to Beat Saber, which was a gimme: Beat Saber was up against Blade & Sorcery, Gorn, Borderlands 2 VR, and Five Nights at Freddy’s: Help Wanted, none of which have the massive reach and popularity that Beat Saber has built up over the last year in particular.

Labor of Love is where we get some controversy, however, because that prize went to Grand Theft Auto V. Sure, there’s been a lot of great new content for GTA Online this year, but when it’s up against dynamos like Warframe, Rainbow Six Siege, Counter-Strike: Global Offensive, and Dota 2? Much harder to justify, in my book at least.

The prize for Steam’s Better With Friends award goes to DayZ, which beat out Risk of Rain 2, Dota Underlords, Age of Empires II, and Ring of Elysium. DayZ makes as much sense as anything in this category, but it’s hard not to think that the nominee pool was pretty weak considering the wealth of co-op games available on Steam.

There’s a similar story for the 2019 Most Innovative Gameplay Award, which goes to My Friend Pedro. A fine game to be sure (and it’s now available on Game Pass for PC), but is it really more innovative than Baba Is You, Slay the Spire, Oxygen Not Included, and Planet Zoo? Here again, one gets the sense there were better-suited games that failed to get nominated.

Mortal Kombat 11 is the winner of the Best Game You Suck At award. Mordhau, Code Vein, Hunt: Showdown, and Remnant: From the Ashes were also nominated for this award.

Congratulations to all the winners and nominees – 2019 was quite the year in Steam games!