Wondering which guns are in Call of Duty Vanguard? After an entire year of Cold War-era weaponry, it’s time for something different. We’re going back to World War 2 in this year’s Call of Duty game, giving players an arsenal of old timey weapons to get their hands on. You should recognise a number of classic weapons in the list, including the legendary Kar98k sniper rifle.

Compared to the guns found in Warzone, Activision’s battle royale game, Call of Duty multiplayer weapons are usually slower. However, Vanguard’s time to kill speed has been tuned to ensure these weapons are equally as powerful. How they fare against the best Warzone guns remains to be seen – we’ll find out when the Vanguard integration kicks in after the game releases on November 5.

We’ve assembled a list of the confirmed weapons in Vanguard as well as their level requirements. This year’s Call of Duty game has given certain weapons up to ten attachments, allowing players to customise their favourite guns exactly to their liking. The following weapons are from the Vanguard beta, the full game is likely to have more on release.

Here is a list of all the Vanguard weapons we’ve seen:

Expect to see this weapon and plenty of variations of it in the early stages of Vanguard. The STG44 is the default assault rifle, the perfect jack of all trades weapon. Though this assault rifle doesn’t hit as hard as some of its rivals, it makes up for it by having a high rate of fire. If you can steady your aim, you should be able to take out numerous enemies with a single clip.

Burst fire assault rifles usually take some time to adjust to, but they can be deadly in the right hands. The Itra Burst sacrifices its ability to fight at close range for excellent medium to long range capabilities. As long as you have a powerful secondary weapon at your disposal, the Itra Burst is a strong loadout pick.

Built for medium to long range combat, the BAR excels when fighting enemies across the battlefield. Just like the Itra Burst, the BAR isn’t as effective at close range due to its poor speed statistics and small magazine clips.

Compared to every other assault rifle on this list, the NZ-41 deals the most damage per bullet thanks to its heavy rounds. This weapon has a steep learning curve due to the heavy recoil on each shot, but the NZ-41’s high accuracy and damage output make this sole downside feel like a worthwhile trade.

The Volk is the closest thing to an SMG while maintaining assault rifle properties – think of the FFAR or Groza in the previous Call of Duty games. The Volk is lightweight, allowing players to dart around corners with ease. You sacrifice control and damage output for mobility, which may be worthwhile depending on which game modes you prefer.

If you’re looking for a weapon with large magazines and minimal recoil, the M1928 is a fantastic SMG pick. The M1928 is surprisingly heavy for an SMG, featuring lower mobility than similar weapons in the same class. While it’s nice to have clips stocked with plenty of ammo, you need to keep an eye out on your number of bullets as the reload speed on this weapon is slow.

High mobility is a precious commodity in Vanguard due to the fast time to kill speed – you can’t be hit by bullets if you can outrun them. The Sten’s impressive mobility lets you avoid incoming fire, but you may struggle to hurt your opponents, as this weapon is underpowered.

When it comes to the raw rate of fire stats, nothing comes close to the MP-40. This weapon was designed for close quarters combat – the MP-40 is able to unload entire magazines in seconds. Be careful when fighting multiple enemies at once as it’s easy to spend most of your clip on one kill.

The Revolving Shotgun takes two shots to kill an enemy at close range, in addition to the weapon’s reload times being very slow. The shotguns in Vanguard have been heavily nerfed making them borderline unusable, though this may change after the beta period.

Similarly to the other shotgun in this category, the Auto-Loading Shotgun is unable to kill enemies in a single shot. This also applies to headshots which typically result in an instant kill, instead you have to try to land a second shot if you want to confirm a kill.

Suppression is a new mechanic in Vanguard, allowing you to drastically slow down your opponent’s movement by continuously firing at them. The MG42 is the perfect weapon for suppression fire as it stocks over 100 bullets in a single clip to keep enemies at bay.

The DP27 is a great option for players looking to dominate at close, medium, and long range with a single weapon. This powerful LMG is accurate from a distance when firing in bursts, and you can easily take down nearby enemies by spraying them with bullets. It isn’t perfect, however, as your mobility is going to be hampered by its large size.

If you want to become a tank on the battlefield, the Bren can help you live out your dreams. This LMG destroys your mobility and suffers from heavy recoil, but you’re able to pull off unbelievable shots because of its impressive damage capabilities. 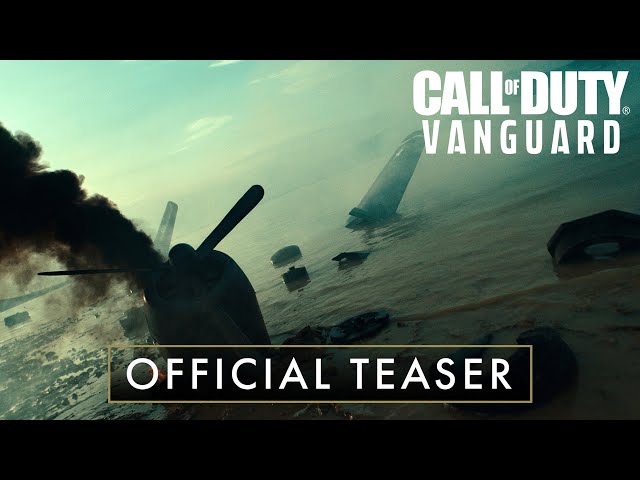 There’s only one marksman rifle in the game so far: the M1 Garand. This rifle is perfect for players that want the accuracy of a sniper with the feel of an assault rifle. Stick to medium range to get the most out of this weapon – be sure to avoid any close range battles as the M1 Garand cannot compete in these fights.

The 3-Line Rifle is a traditional sniper rifle in the sense that you need to keep your distance if you want to use this weapon effectively. As long as you can remain hidden in your sniper’s nest, the 3-Line Rifle rewards players with one shot kills providing you hit the body.

A staple in Black Ops Cold War, Modern Warfare, and soon to be Vanguard – the Kar98k is the ultimate sniper rifle for players with lightning fast reactions. This bolt action rifle can take out enemies from any distance with a single bullet. The stock version of the Kar98k is certainly usable, but you can take things to another level with the right set of attachments to decrease the aim down sight speed.

If the Machine Pistol wasn’t a secondary weapon, it would most likely be one of the better SMGs in the game. By default, the stock Machine Pistol stocks a pathetic ten bullets per clip, just enough to take down one enemy. While the weapon does have high recoil, you can easily account for this by aiming the gun down as you fire it.

The Ratt is a bog standard pistol featuring decent accuracy, damage, and recoil. There’s nothing special about this weapon whatsoever, it doesn’t excel at any particular range and you’re unlikely to kill more than one enemy with it.

Just like the Ratt, the 1911 is a very average pistol. This pistol isn’t bad per se, but it doesn’t compete against the other types of weapons in Vanguard. 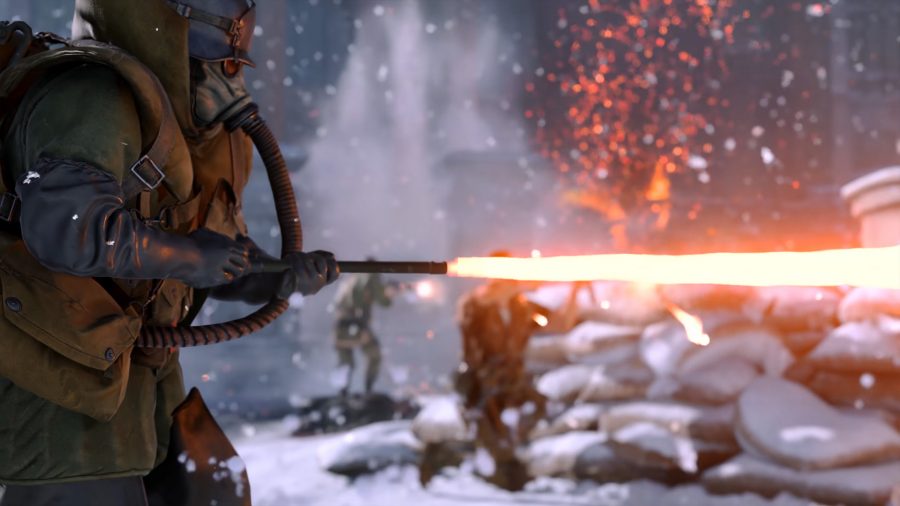 Blast killstreaks right out of the sky using the M1 Bazooka. The M1 Bazooka doesn’t feature any newfangled technology, so you’re going to need to line up your shots carefully as this launcher doesn’t automatically track spy planes.

If two lethal grenades just aren’t enough for you, there’s always the Panzerschreck to fall back on. This shoulder-fired launcher produces even larger explosions than the M1 Bazooka, great for blowing up multiple enemies at one time. You can also use the Panzerschreck to take down airborne killstreaks, but you only have two attempts as its ammunition is limited.

The close quarters combat knife is an upgraded version of a melee attack, enabling you to take down enemies with a single strike.

That’s everything we know about the guns in Call of Duty Vanguard. As we slowly approach Call of Duty Vanguard’s release date, the number of days you can play on ‘80s Verdansk is slowly ticking down. Check out our Warzone new map guide to see how the battle royale game is going to change once the WWII game releases later this year.