What are the best laptop games? PC gaming isn’t always done at a desk, reclining languorously on an ergonomic leather throne, gazing upon a gaming monitor the size of your front window as hundreds of snazzy LEDs light up your peripheral vision. As anyone who has attended a LAN can attest, hauling your heavy box of tricks around is not for the faint of heart (or arm, or back) and so you might be feeling resigned to taking a break from gaming in the event life takes you on a trip away from home.

Some of these laptop games do require an internet connection, which is fine if you’re gaming at your relatives’ house, sitting in your childhood bedroom under your Maths Challenge certificates, but if you’re stuck in a hotel room and can’t understand the wifi instructions because they’re in Portuguese, many of these games are also playable offline.

Here’s our selection of the best laptop games: 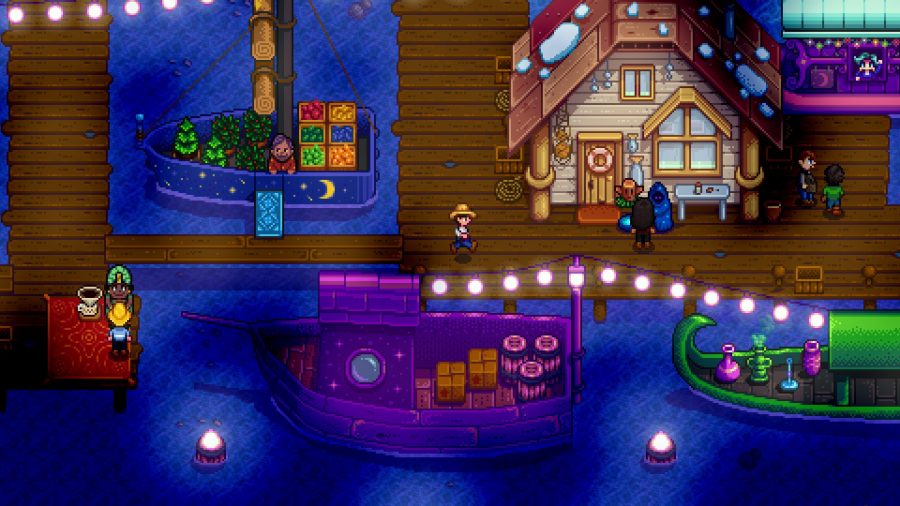 Created by solo developer ConcernedApe, Stardew Valley is a love letter to farming games like Harvest Moon. You escape the grey drudgery of life as a faceless corporation grunt and head for the countryside to transform your grandfather’s farm, and the nearby town, into a bountiful haven, with the help of fantastical forest sprites called Junimos. Thanks to its charming, homemade pixel art, the tranquil pace, and the fact you only really need directional keys and a right and left click, Stardew Valley is the perfect laptop game.

Even better, Stardew Valley is a great co-op game – team up with up to three friends and build a farm together in multiplayer mode. As of the Stardew Valley 1.4 update, you can even play on a Four Corners map with your friends, which splits the farm into distinct regions, each with their own advantages. The update adds a cornucopia of new features and cosmetic items, but if you’re looking to add Japanese buildings or Pokemon reskins to your game to recreate a Pokemon game on PC, you’ll need our guide to the best Stardew Valley mods. 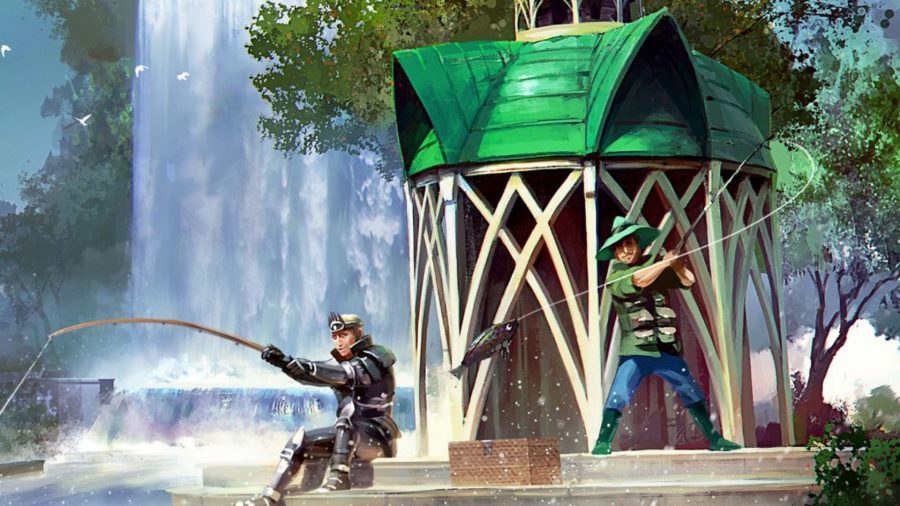 Runescape is an MMORPG that’s been improving and expanding for 18 years. By gaming standards that should mean it’s weary and decrepit, but even now it’s brimming with personality, fresh ideas and, astonishingly, players. For the most part it’s standard MMORPG fare: start with nothing and grind away for the best and most colourful gear in the game. As it’s been going for so long however, it also has hundreds of quests and content waiting for new players to dive into. And if you need any help getting to grips with things then just ask – Runescape boasts an exceptionally helpful and positive community.

Read more: The best MMOs and MMORPGs on PC

The veteran age of the game means it still runs perfectly on any just about any rig imaginable, the only caveat being that you’ll need a reasonable internet connection to play it. It’s also very easy-going with regards to its control scheme – so long as you can click and use your number keys you’ll be on a level playing field with everyone else. 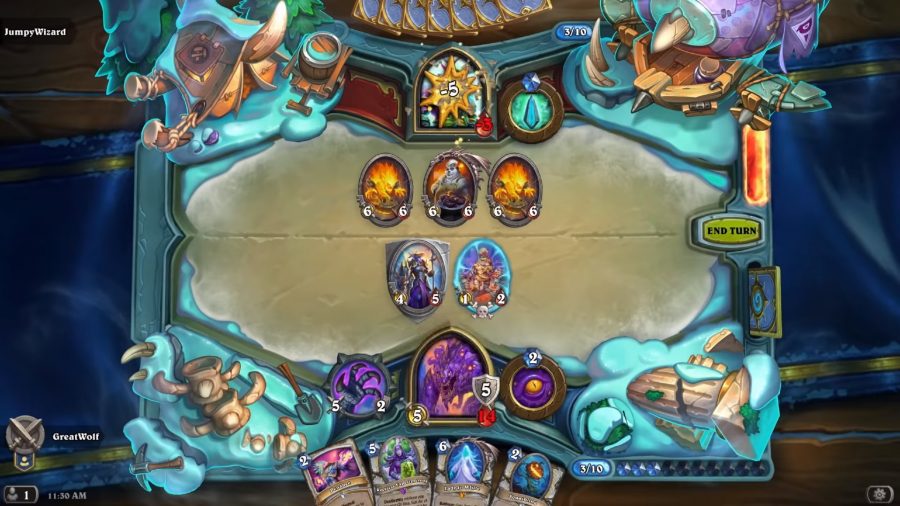 A collectable card game (or CCG for all you youngsters out there) set in Blizzard’s enormous Warcraft universe. You fight against other players using decks of cards made up of magic spells, weapons, and minions that will fight for you. Using these and your chosen character’s special abilities, you must hammer away at your opponent’s 30 health points until they’re defeated. It’s got a huge player base and an ever-evolving metagame, not to mention plenty of inventive expansions to keep it feeling fresh and interesting.

It’s a magnificently simple game, mostly static thanks to the fact that it’s a card game, and even when the magical effects fly it still won’t so much as threaten to bog down your laptop. The drag-and-drop card gameplay makes it absolutely perfect if you’re playing on a touchscreen laptop or a tablet, but it also works flawlessly with a trackpad. This recommendation does come with one proviso though: you’ll need an internet connection to play, even against the AI characters. 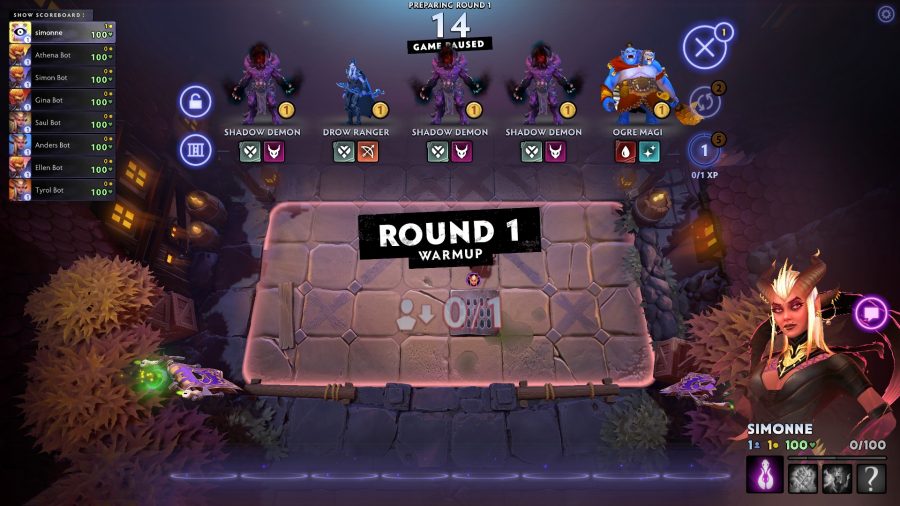 The Dota 2 custom game, Dota Auto Chess, skyrocketed in popularity as fans discovered the joys of autobattler games – you choose from a small random selection of heroes each round, and arrange them on your board to do battle with one of your opponents, gaining gold each turn and competing for the best team composition in a contest to be the last one standing. Underlords is Valve’s own take on the genre, introducing innovations like the presence of a powerful Underlord on each team which you’ll need to optimise carefully to best suit your squad.

Thanks to its easy-to-use interface and streamlined graphics, Dota Underlords will run easily on any laptop, and while rounds do have a time limit, even using a trackpad to drag and drop your units shouldn’t slow you down too much. 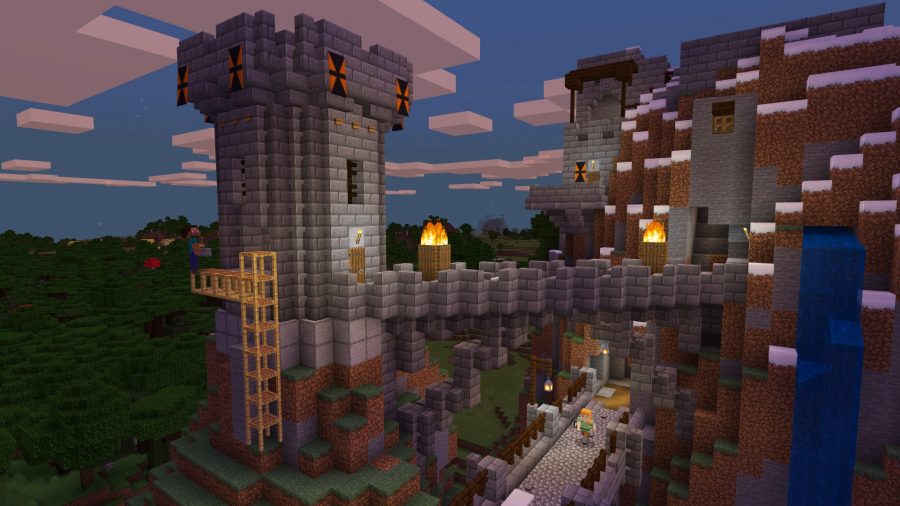 Minecraft is one of the most popular games in the world, and it’s easy to see why – its simplicity leaves room for you to embark upon any kind of adventure you choose, whether you’re exploring, building, farming, fighting, or delving deep into one of the many Minecraft mods available. Its simplicity also means it runs flawlessly on most machines, making it one of the best laptop games without a doubt. Even if you’re on the road without an internet connection, the joys of starting fresh in new Minecraft seeds will keep you occupied for hours as you traverse the endless blocky landscape, dodging dangerous Minecraft mobs, discovering Minecraft villages and taming Minecraft foxes. 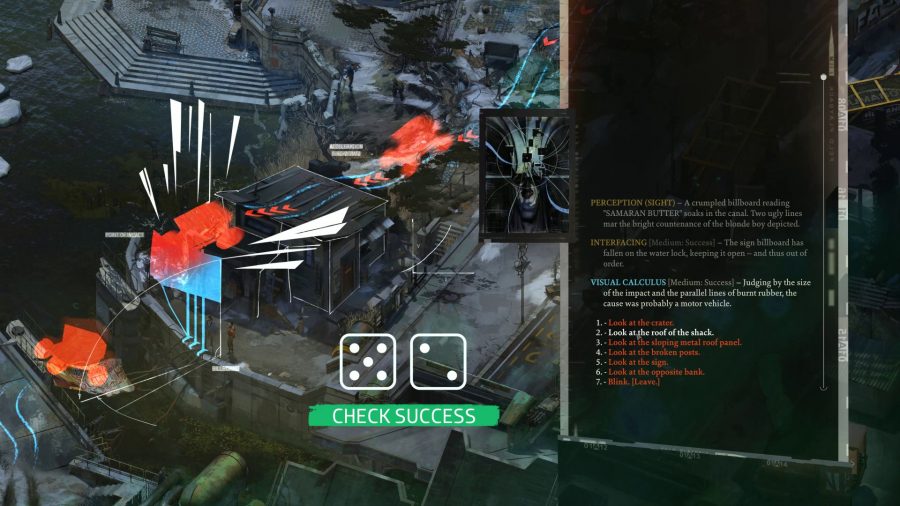 Disco Elysium is a role-playing game written by a novelist, where you take the reins and guide its red-eyed, beleaguered enigma of a protagonist through the investigation of a murder case in the tattered city of Revachol. From the off, the narrative grips you with both hands and shakes you until you laugh. You won’t be punching and kicking your way through the streets, however, unless you imagine your detective as some kind of flamboyant martial artist, fighting the air as a form of locomotion, which would probably suit him.

Instead, your battles are fought in conversation – by putting points into attributes and skills such as Empathy, Suggestion and Rhetoric, you’ll be able to roll to see whether you’ll successfully use these characteristics to reach deeper and uncover the truth. A dream come true for those of us who love to see our specific skill balance unlock unique interactions in a dialogue tree – and for those of us without a powerful gaming PC, as Disco Elysium’s contemplative pace and the isometric, painterly graphics make it a perfect laptop game. 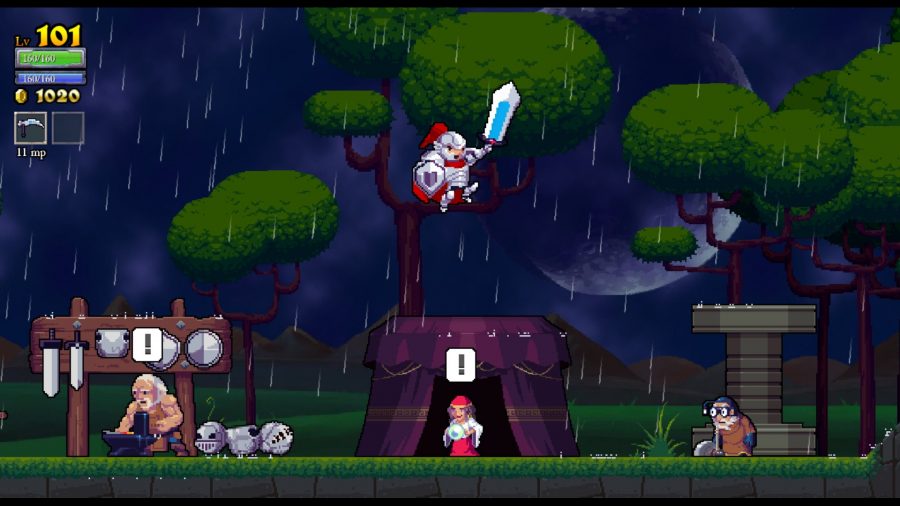 A platformer with roguelike elements, Rogue Legacy sees you march a little knight into the bowels of a randomly generated dungeon on a mission to defeat five bosses. Run, jump, hit things: it’s largely what you’d expect from a 2D side-scroller. Get killed and your character is gone for good. Of course there’s a twist. Your hero is replaced not by a bog-standard clone, but by their heir: a new character who retains some genetic traits from their parent. Traits include dwarfism, ADHD, and I.B.S. Some traits make your next playthrough agonisingly difficult, like nearsightedness making anything in the distance blurry, others are there for laughs, like I.B.S. making your character fart with every jump.

Jump up: The best platform games on PC

The 2D pixel art ensures that Rogue Legacy runs smoothly on even the weakest, tiniest netbook. Rogue Legacy can also be played entirely with the keyboard, meaning no smashing the trackpad into oblivion because it’s nowhere near as effective as a mouse. 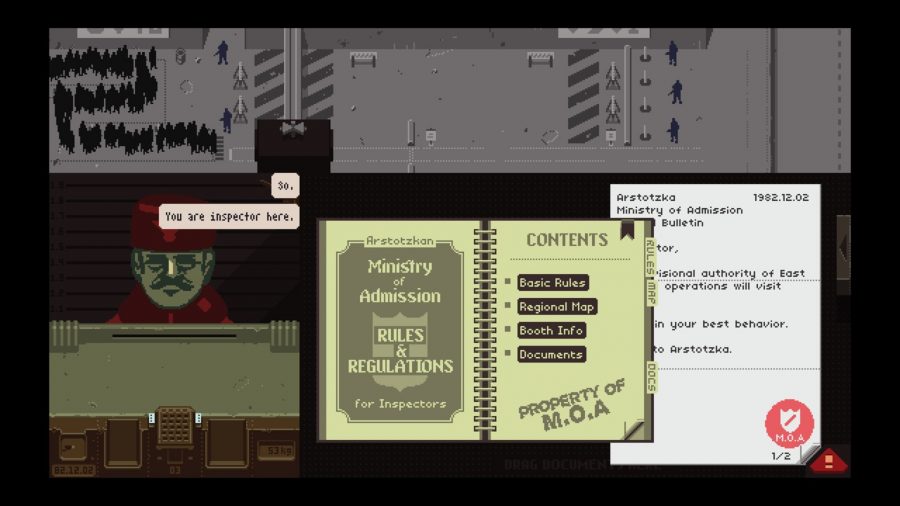 A game about playing a border control officer in a corrupt communist country. Check passports and visa papers of immigrants to make sure they meet the requirements for entry. Make mistakes and your pay will be docked. Fail to pay rent, bills, and medical expenses and your family will get ill and die. Sounds simple, but some immigrants may be worth making mistakes for…

At barely 50mb in size Papers, Please is tiny. Its pixel-art visuals are simple enough for any processor to fathom. A trackpad will do the trick to start with, but in later levels where time is pressing and there’s lots of paperwork you might want to make the leap to a proper mouse. 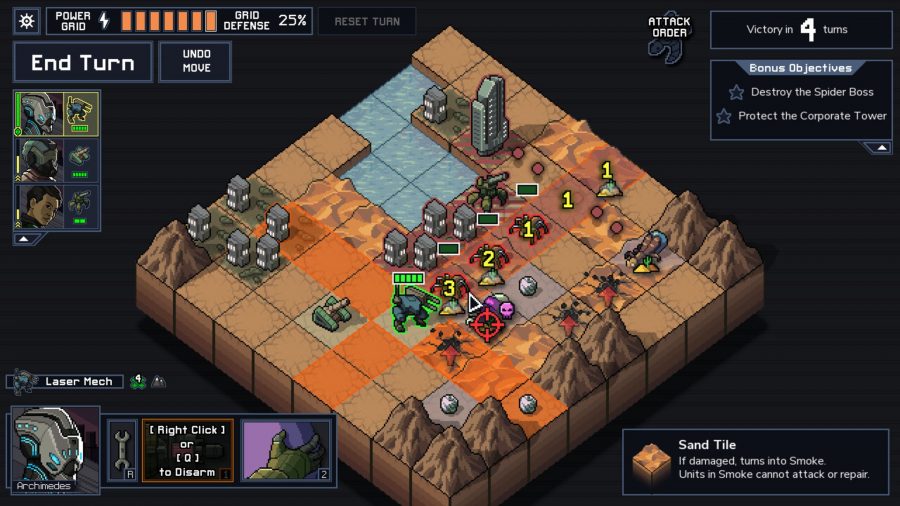 One of the best turn-based strategy games, Into The Breach puts you in control of a team of mechs, attempting to defend civilians and buildings from giant insectoid monsters called the Vek. The enemy’s movements are telegraphed the turn before, and each level is relatively short, but the stakes are high – you’re the hero trying to protect civilians who are cheering you on, and if you lose a building to the Vek, you lose one of the nodes that power your squad – lose too many, and it’s game over.

Domo arigato: The best robot games on PC
You’ll need to take time to puzzle out how to push back the oncoming threat optimally to avoid casualties – you don’t have to kill all the enemies, just delay them. The pace, pixel art, and easy combat controls make this a game perfect to hop into on your laptop. 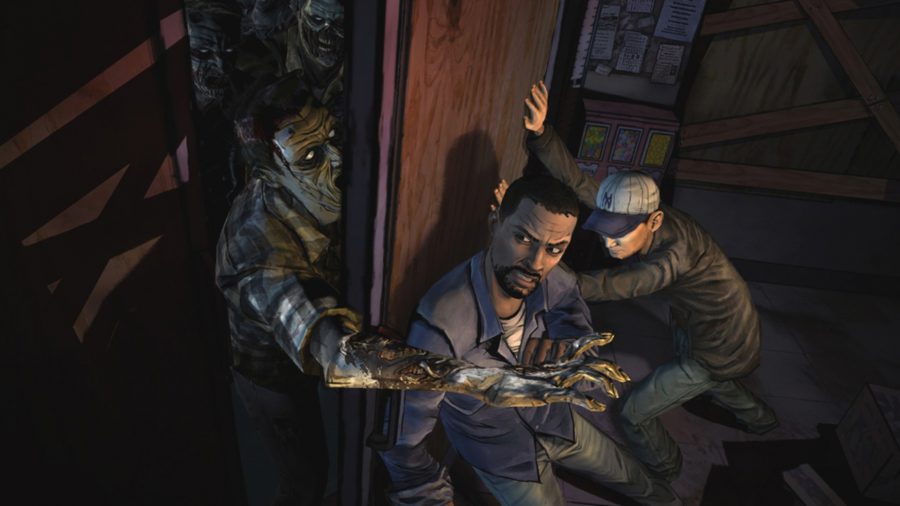 A beautifully harrowing tale everyone should experience, The Walking Dead is an adventure game that plays out like an interactive TV show. You play Lee, a convicted criminal who’s about to go through the toughest period of his life as he’s thrown into a zombie apocalypse rather than a prison cell. It’s violent, shocking, and touching on a moment-to-moment basis.

Don’t decay: Check out our guide to the best zombie games

Thanks to its emphasis on story, a lot of The Walking Dead is watching and listening to characters talk and reason with each other. The more action-orientated sections only require a few stabs at the Q or E key to complete, making controlling Lee on a laptop surprisingly easy. Its comic-book visuals also keep hardware requirements very low, so most modern laptops should be up to the job of running it without issue. 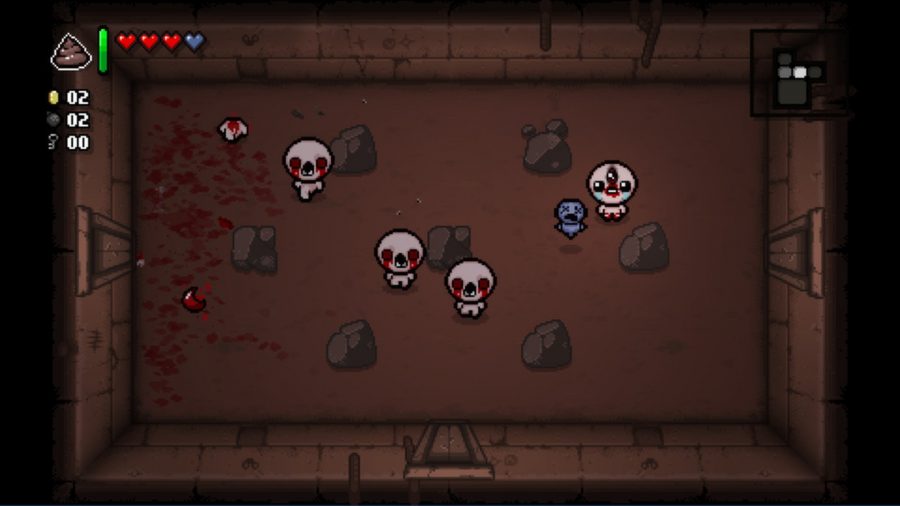 The Binding of Isaac: Rebirth

If you’re looking for a game to occupy your time while you’re travelling, The Binding of Isaac will keep you busy for hundreds of hours completing runs that are different every time. You play as Isaac, escaping from a biblical sacrifice through the basement of his home, traversing randomly generated dungeons and picking up items and power-ups along the way. The pixel art isn’t demanding on your machine, but might be a little hard on your stomach if you’re squeamish – The Binding of Isaac doesn’t shy away from the gory and macabre. Good news for laptop gamers, though – you don’t even need a mouse to play. Movement and combat is controlled solely by the keyboard, making it an ideal game to play on your laptop.

These are some of the very best games for laptops, but if you want to push the limits of your portable pal have a look through the best free PC games – if they make your laptop overheat and burn your legs at least you won’t have paid for the privilege. Alternatively, if you’ve got a high end machine, have a look at the best management games for more entertainment you can spend hours with on the road.